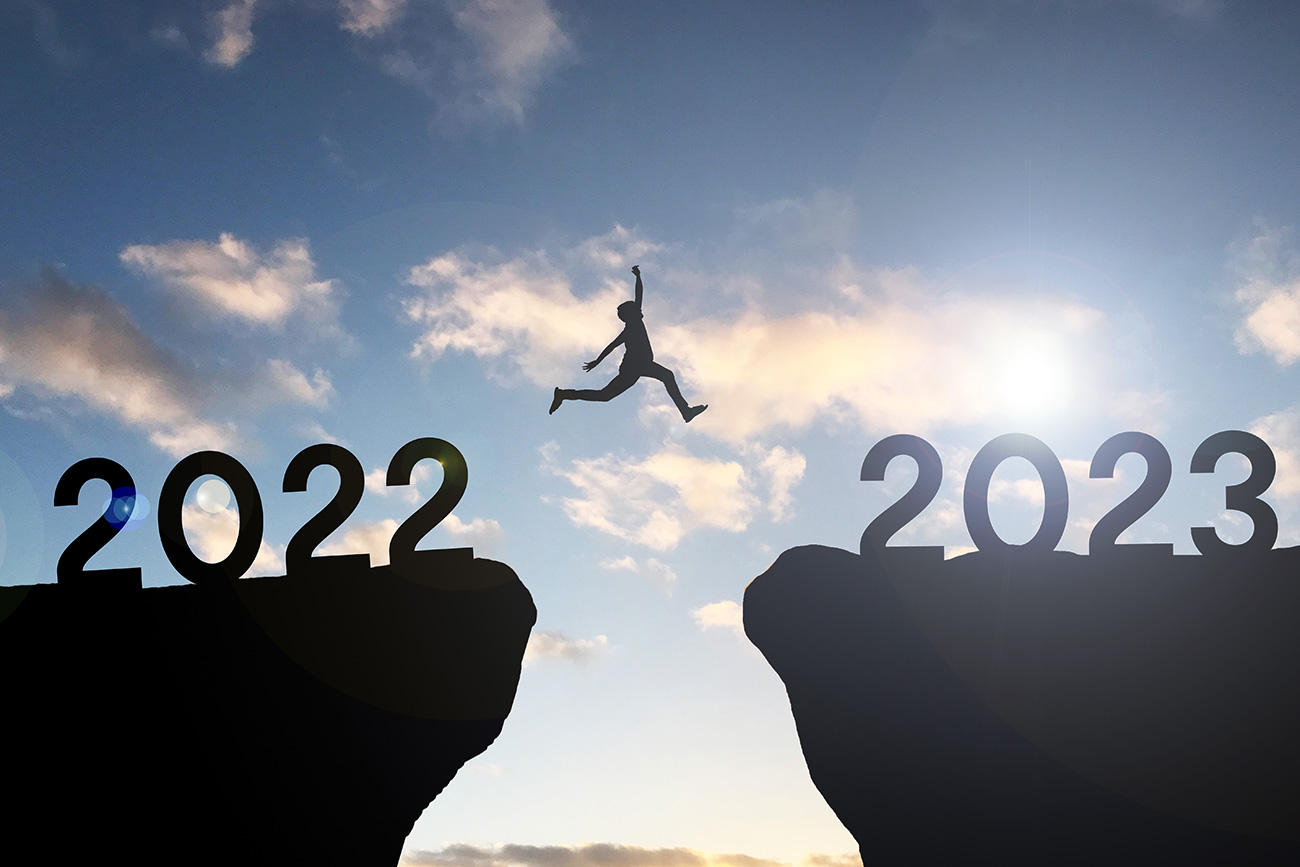 2022 proved to be yet another challenging year for the law enforcement profession. Throughout California and nationwide, peace officers have had to protect and serve our communities with dwindling ranks and limited resources amid rising violent crime rates, while also contending with the disastrous effects of progressive criminal justice reforms and the ongoing coronavirus pandemic. However, through it all, LAAPOA was at the forefront, ensuring the safety, well-being, rights and benefits of our membership. As the year comes to an end, LAAPOA reflects with pride on all we’ve accomplished on behalf of our sworn members of LAXPD, Los Angeles Municipal Police officers and the Los Angeles park rangers. Here, we look back on our key challenges, achievements and highlights shared through our press releases, BOLO e-newsletters and print newsletters, and social media, all of which kept members, supporters, lawmakers and the media apprised of the important work LAAPOA does for its members year-round.

Advocating for Our Members

First and foremost, LAAPOA continued to voice the concerns of our members to ensure they receive the support and resources they need to effectively protect the public. In a July press release, we noted that LAX had commandingly regained its longstanding position as the second-busiest airport in the country, with the number of passengers and flights surpassing pre-pandemic levels. But LAAPOA argued that LAX is laggingwhen it comes to sustaining the employees who make it safe and secure, nearly doubling the number of airport executive positions while allowing LAXPD sworn and civilian staffing to diminish to lows not seen in nearly 15 years. The following month, as LAAPOA negotiated contracts for the sworn members of LAXPD, Los Angeles Municipal Police officers and the Los Angeles park rangers, we pointed out the City’s shameful track record of treating our peace officers like second-class citizens, especially considering all three agencies have higher-than-average levels of minority members. LAAPOA vowed that we would hold the City to its claims of diversity and inclusion, and continue to fight for equity in wages, benefits, equipment and working conditions for our members.

LAAPOA also reiterated our ongoing call to arm park rangers in light of rising crime in city parks. In June, news surfaced that City Councilmember Mike Bonin, who voted against a measure that would have allowed rangers to carry firearms, had instead hired armed private security guards to protect his own Council District 11 office from unsafe conditions in adjacent Westchester Park. The next month, a mass shooting at San Pedro’s Peck Park killed two people and injured at least five others, leading residents to call for greater safety measures. In response to both events, LAAPOA emphasized that arming park rangers is the cost-effective, commonsense solution to protect our parks from violence. In October, as the latest crime statistics showed increasing danger to both the public and unarmed rangers, LAAPOA recommended that our park ranger members no longer perform law enforcement duties as long as they are denied the full range of tools they need, instead routing all calls for law enforcement services in City parks to LAPD.

Standing Up for Public Safety

In addition to protecting the interests of our members, LAAPOA frequently used our platforms to address the broader public safety issues affecting our profession throughout California and across the country. In February, in response to skyrocketing violent crime nationwide, we examined how defunding police and other progressive criminal justice reform policies have been detrimental to the safety of our communities. At the end of March, LAAPOA applauded President Biden’s move to increase police funding in the 2023 budget, supporting federal programs that provide invaluable resources to state and local law enforcement agencies — a hopeful sign the pendulum of policy and public opinion might be swinging back in support of law and order. However, the need for continued vigilance by public safety advocates became clear in May, when Biden issued an executive order on law enforcement reform that created a national registry of officers fired for misconduct, encouraged state and local police to tighten restrictions on chokeholds and so-called no-knock warrants, restricted the transfer of military equipment to law enforcement agencies and mandated that all federal agents wear activated body cameras. Although we and our statewide partners at PORAC were active in ensuring that even more severe language did not make it into the final order, LAAPOA pointed out the order’s impacts on local agencies and stressed the importance of continuing to make our voices heard at the federal level in support of reasonable policy that reflects on-the-ground realties.

We also weighed in on matters closer to home, including announcing in March that LAAPOA was supporting the campaign to recall L.A. County District Attorney George Gascón, whose policy decisions have turned Los Angeles’ criminal justice system upside-down and made the city more dangerous by not holding criminals accountable and not supporting victims. Additionally, with 2022 being a midterm election year, LAAPOA kept members up to date on the many pivotal races happening on the local, state and national levels. In advance of California’s primary election in June, we issued endorsements of candidates who would support public safety in a number of key contests. We also informed our members about the role of primaries in the political process and provided a guide to participating in the election. After reports showed that less than one-third of eligible voters had cast a ballot in the primary, we sounded the alarm on the problem of voter apathy and the dangers of not being involved in the political process, especially for peace officers. Ahead of the general election in November, LAAPOA issued additional endorsements and again encouraged our members to stand up for their profession by voting for leaders who would do the same.

LAAPOA didn’t only support our profession in the political arena. In May, we marked National Police Weekwith an overview of the memorial ceremonies taking place in Sacramento and Washington, D.C., and a tribute to the officers we have lost too soon. In September, we celebrated Labor Day with a reminder of the power of union representation when it comes to protecting peace officers’ rights, compensation, safety and professional pride. The following month, we offered readers a preview of the 2022 LAAPOA Women’s Leadership and Empowerment Conference, which gave public safety professionals from around the state an opportunity to network and learn how to achieve balance between their career, physical fitness, personal finance and mental well-being. And in November, we shared facts about the history and meaning of Veterans Day, which holds extra significance for peace officers, about 20% of whom are also veterans of the armed forces.

Educating on the Issues

Throughout 2022, LAAPOA provided expert interpretation of the legal issues impacting our members from our general counsel, Mastagni Holstedt, APC. At the federal level, we shared a guide to understanding President Biden’s police reform executive order, as well as updates from the Supreme Court clarifying qualified immunity for law enforcement officers and protecting police from civil liability for Miranda violations. On the state level, articles discussed the California Supreme Court’s ruling limiting early release of violent felons under Proposition 57, and an appellate court ruling clarifying the meaning of “sustained” under SB 1421 when it comes to triggering a Public Records Act release. On the labor front, we informed members of the PERB ruling finding a county has the duty to bargain when a proposed ordinance impacts discipline. Other legal topics covered included whether an officer can waive their own POBR rights, the latest on using information obtained during a “compelled” internal affairs interview, and the First Amendment protections on recording police.

LAAPOA also released new episodes of our video podcast, The Layover, featuring fascinating interviews by President Marshall McClain with L.A. City Councilmember Joe Buscaino, Sacramento District Attorney Anne Marie Schubert, and retired Port Authority Police Officer and 9/11 first responder veteran Bobby Egbert. The stories, experiences and insights of these diverse law enforcement figures offered viewers a better understanding of the intricacies of the profession and an appreciation for the personalities who help to shape it.

LAAPOA is looking ahead to a better and brighter 2023. No matter what obstacles lie ahead, we will remain steadfast in serving and supporting our members and our law enforcement family while enhancing public safety for our communities throughout Los Angeles and nationwide. We wish you and your loved ones a safe, happy and prosperous new year!