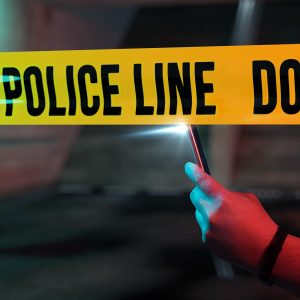 On July 11, the Tenth Circuit Court of Appeals denied qualified immunity to an officer sued for First Amendment retaliation based on allegations that the officer obstructed the filming of a traffic stop by standing in front of the plaintiff and shining his flashlight into the camera (Irizarry v. Yehia, No. 21-1247, 2022 WL 2659462 fn. 10 [10th Cir. July 11, 2022]). The appellate court recognized a constitutional right to photograph and video record police officers performing their duties, which including the Ninth Circuit, brings a total of seven circuits holding an officer’s violation of this right could result in liability under 42 U.S.C. § 1983.

The Tenth Circuit held that the creation of speech, including photographing and filming, is just as protected under the First Amendment as the dissemination of free speech (Irizarry 2022 WL 2659462 at *3). A major purpose of the First Amendment is to protect open conversation about politics and public affairs. Therefore, the First Amendment also protects news gathering through any lawful means. Considering these priorities, the court concluded that “[f]ilming the police and other public officials as they perform their official duties acts as ‘a watchdog of government activity’” and is a constitutional right (Id. [quoting Leathers v. Medlock, 499 U.S. 439 (1991)]).

Under the Tenth Circuit’s recent holding, an officer violates a person’s First Amendment right to film if he or she retaliates by “chill[ing] a person of ordinary firmness from continuing to film” (Id. at *6). “Physical and verbal intimidation can chill speech” (Id.). In Irizarry, YouTube journalist Irizarry was filming a DUI traffic stop when Officer Yehia stood in front of Irizarry and shined a flashlight into his camera to obstruct his view. This act alone was a violation of Irizarry’s First Amendment right because such an action “would chill a person … from continuing to film the traffic stop” (Id.). Officer Yehia then drove his police cruiser directly toward Irizarry and his colleague, “gunning” at him. Physically hindering filming and driving directly at the two men served no law enforcement purpose. It was obvious that these acts were a retaliation against Irizarry, and therefore, Officer Yehia is not entitled to qualified immunity under § 1983 (Id. at *12).

The Ninth Circuit determined this constitutional question back in 1995 with the Fordyce decision. In Fordyce, the Ninth Circuit reversed the lower court’s summary judgment due to evidence of an assault by an officer who tried to dissuade a man from exercising his First Amendment right (Fordyce v. City of Seattle, 55 F.3d 436, 439 [9th Cir. 1995]). The officer tried to prevent the man from filming officers who were controlling a protest. The officer smashed the front of the man’s camera. Due to this evidence, the court reversed summary judgment and remanded the §1983 claim for trial (Id. at 443). The Ninth Circuit also held and reiterated in several decisions that “[t]he First Amendment protects the right to photograph and record matters of public interest. This includes the right to record law enforcement officers engaged in the exercise of their official duties in public places” (Askins v. U.S. Dep’t of Homeland Sec., 899 F.3d 1035, 1044 [9th Cir. 2018]).

The takeaway from these decisions is this: officers performing their duties in public should not threaten or intimidate anyone photographing or filming them. Expect to be filmed! Unless the situation falls into one of the two exceptions, our best advice to clients is to ignore people who have their phones or cameras out and to maintain a professional demeanor.