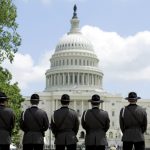 Today marks the beginning of National Police Weekend in Washington, D.C. After two postponed National Police Week gatherings in May 2020 and 2021 due to pandemic restrictions, law enforcement personnel, supporters and survivors from across the country have finally made the pilgrimage to our nation’s capital to honor the fallen and bring closure to their […] Read More »

LAAPOA is saddened to announce the passing of Los Angeles Airport Police Officer III Andrew “Andy” Marksbury. He was a 17-year veteran of the Department.   On October 4, Marksbury died in his sleep following a short illness. His dedication and loyalty made him a valuable friend and partner. His love for his family, […] Read More » 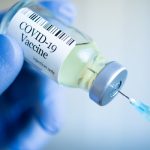 By David E. Mastagni, David Demurjian and Taylor Davies-Mahaffey State and Local Governments Can Mandate Vaccinations Over 100 years ago, the Supreme Court decided that states can mandate that their citizens get vaccinated. In Jacobson v. Commonwealth of Massachusetts (1905) 197 U.S. 11, the court upheld a local law in Cambridge, Massachusetts, requiring that inhabitants […] Read More »

This week marks the 20th anniversary of the single deadliest terrorist attack in world history. The emotional wounds that resulted from the loss of nearly 3,000 lives on American soil are still fresh and painful two decades later — and the scars run especially deep for our country’s first responders and their families.  The 9/11 […] Read More »

LAAPOA grieves with the rest of our nation the tragic loss of the 10 U.S. Marines, two soldiers and a Navy corpsman in yesterday’s terrorist attack outside Kabul Airport in Afghanistan, which also killed as many as 170 Afghans. We pray for their families and loved ones, as well as the at least 18 Americans and […] Read More »

The “LAAPOA Member Spotlight” is a series of articles that highlight our members and the remarkable work they are doing to help keep our airports, parks and communities safe. Like many who join the law enforcement profession, Officer Manuel Elorriaga said he wanted to help people and be someone who could make a difference for […] Read More »

In a recent case, the U.S. Supreme Court ruled in favor of a disgruntled high school cheerleader who was suspended for complaining about not making the varsity squad. You might think that has little bearing on law enforcement, but it demonstrates how an individual’s First Amendment free speech protections are weighed against their school or employer’s interest in preventing substantial disruption. In this article, Mastagni Holstedt, APC, explains the legal principles involved and how they apply to public employees. Read More »

The “LAAPOA Member Spotlight” is a series of articles that highlight our members and the remarkable work they are doing to help keep our airports, parks and communities safe. Whether it’s those in law enforcement or the armed forces, it takes a special individual to voluntarily put on a uniform and risk their life to […] Read More »

The California attorney general’s office recently announced guidelines and protocols for the implementation of AB 1506, a new law that requires the state’s DOJ to investigate all officer-involved shootings resulting in the death of an unarmed civilian. The guidelines have raised a number of concerns among law enforcement, such as the likelihood that they’ll lead to violating officers’ constitutional rights. In this article, Mastagni Holstedt, APC, discusses AB 1506 and outlines some of the most concerning issues for law enforcement. Read More »

“Seeing how my mom was able to bring justice for many victims inspired me to want to follow in her footsteps in becoming a detective,” Detective Erica Villanueva shared when LAAPOA featured her in our “Women of LAXPD” series. Now, she and Detective Ben Spolarich are giving us a more in-depth look at how LAXPD’s detectives seek justice for victims by investigating cases and filing criminal complaints with the court. Read More » 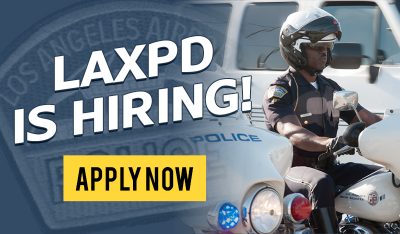