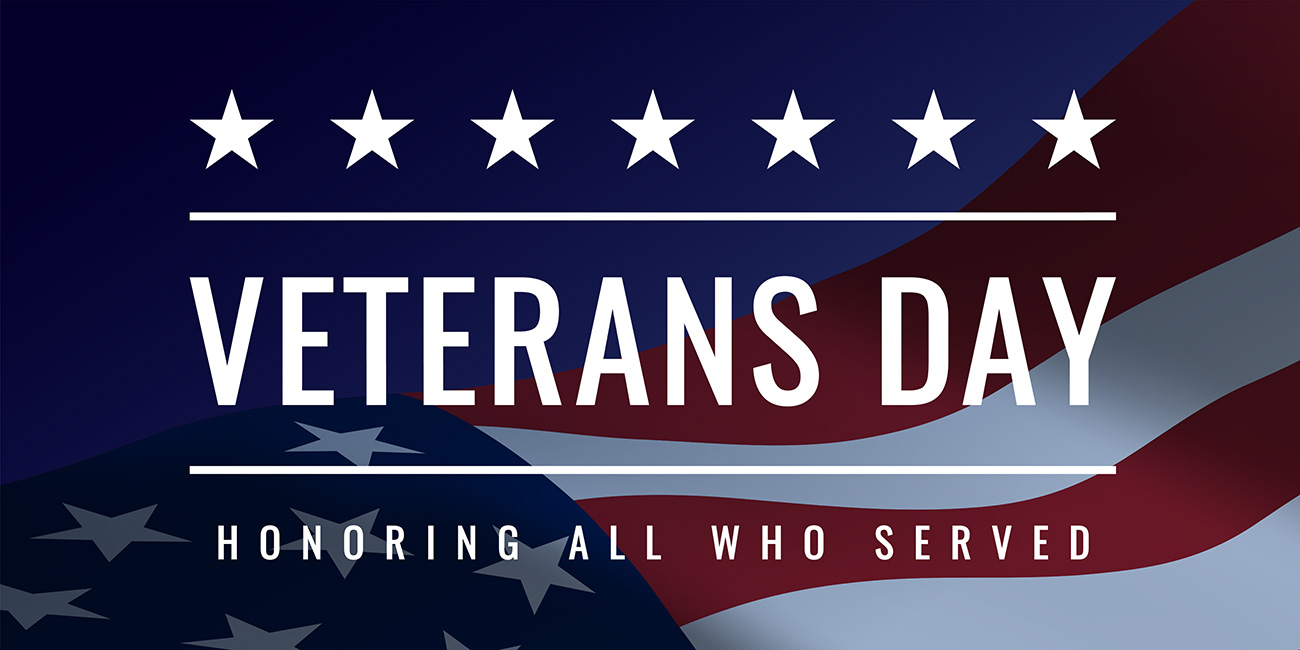 Every year on November 11, Veterans Day, our nation comes together to honor all U.S. military veterans for their unwavering service and sacrifice in protecting our country and defending our many freedoms at home and abroad during war or peacetime.

“LAAPOA joins the rest of our country in extending our gratitude to the men and women who have served in the military and those presently serving,” LAAPOA President Marshall McClain says. “We would especially like to acknowledge the veterans in our law enforcement ranks; you have bravely continued to serve our country by protecting our communities. We recognize your bravery today and every day.”

To help foster a greater understanding and appreciation of this holiday and the nation’s veteran population, LAAPOA has compiled a few interesting facts you should know.

The holiday’s origins trace back to 1919, when Allied nations honored the first anniversary of the signing of the cease-fire that had ended World War I at 11 a.m. on November 11, 1918. On November 11, 1919, President Woodrow Wilson proclaimed the first commemoration of Armistice Day, sharing the following words: “To us in America, the reflections of Armistice Day will be filled with solemn pride in the heroism of those who died in the country’s service and with gratitude for the victory, both because of the thing from which it has freed us and because of the opportunity it has given America to show her sympathy with peace and justice in the councils of the nations…”

An act of Congress approved in May 1938 made Armistice Day a national holiday in the U.S.; however, an amendment was made to the act following World War II and the Korean War in 1954, striking out the word “armistice” and replacing it with “veterans,” thus making November 11 Veterans Day and a holiday to honor American veterans of all wars.

At One Point, Veterans Day Was Celebrated in October

In 1968, the Uniform Holidays Bill was passed by Congress, moving Veterans Day to the fourth Monday in October to create a three-day weekend for workers. The law went into effect in 1971, but in 1975, President Gerald Ford returned the observance to its original date out of respect for the historic significance of November 11.

The Term “Veterans Day” Was First Used in Birmingham, Alabama

On November 11, 1947, World War II veteran Raymond Weeks of Birmingham, Alabama, organized “National Veterans Day,” a parade and other festivities to honor all veterans. The concept caught on nationwide, and in 1954 President Dwight D. Eisenhower signed a bill proclaiming November 11 as Veterans Day. (Raymond Weeks received the Presidential Citizens Medal from President Ronald Reagan in November 1982 for helping to establish the holiday.)

Like the U.S., following WWII, many countries changed the name from Armistice Day to pay tribute to veterans of both wars. In Europe, Great Britain and Commonwealth nations, it is known as Remembrance Day (or Remembrance Sunday), and it is commonly observed on the second Sunday of November with two minutes of silence at 11 a.m. to honor those who lost their lives in war. In Canada, it’s also known as Remembrance Day and observances mimic those in the U.S. In Australia, Remembrance Day is similar to Memorial Day in that it remembers those who died or suffered for Australia’s cause in all wars and armed conflicts.

Many people confuse Veterans Day and Memorial Day. While both holidays commemorate veterans, there’s a key difference between the two. Veterans Day honors all who’ve served, both living and dead, whereas Memorial Day, held annually on the last Monday of May, specifically honors fallen military members.

The holiday is called Veterans Day — no apostrophe needed. The day honors all veterans and doesn’t “belong” to any one veteran or certain set of veterans.

Veterans by the Numbers

According to History.com, here are the latest facts and figures about the veteran population in the U.S.:

Roughly 20% of Peace Officers Are Veterans

In the law enforcement community, the holiday is especially meaningful, as roughly 20% of veterans are peace officers. These men and women have traded one uniform for another to proudly serve their communities. In an effort to support military veterans transitioning to law enforcement careers and the agencies hiring them, the DOJ’s COPS Office, through its COPS Hiring Program, established the Vet to Cops program in 2012.