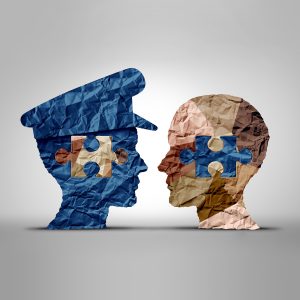 The historic executive order (EO) signed by President Joe Biden on May 25 regarding police accountability mandates measures for all federal law enforcement agencies and is advisory for state and local agencies. Watch Biden’s press conference. The use-of-force standards set forth in the EO largely follow the lead of California, adopting a necessary standard (consistent with Graham v. Connor) and the de-escalation policies set forth in SB 230. On behalf of PORAC — a statewide partner of LAAPOA — David E. Mastagni worked with PORAC’s leadership to develop recommendations for consideration in the order.

In a press release, PORAC President Brian Marvel noted, “After several months of advocating for necessary changes to President Biden’s draft executive order, we are pleased to see that his administration valued PORAC’s expertise and incorporated many of our proposed changes into the executive order. PORAC is also proud that many of the policies included in President Biden’s executive order mirror those that we’ve already enacted here in California, and we look forward to continuing to serve as a resource for how California’s smart public safety policies can be implemented at the federal level.”

The DOJ policy authorizes force only when no reasonably effective, safe and feasible alternative appears to exist. The force policies ban the use of chokeholds and carotid restraints unless deadly force is authorized. It also restricts the use of no-knock entries to limited circumstances, such as when an announced entry would pose an imminent threat of physical violence.

Like the law enforcement-sponsored SB 230, the policy also imposes a duty to intervene to stop excessive force and a duty to render medical aid.

California struck the proper balance in permitting deadly force only to prevent the escape of suspects posing a serious threat to cause death or serious bodily harm if their apprehension is delayed. California’s policy recognizes that in limited circumstances, officers might have to use deadly force to prevent the escape of a terrorist or mass shooter likely to kill or injure other members of the public if allowed to escape. Hopefully, the final version of Biden’s EO will retain this important public safety measure.

The EO orders the Attorney General to establish a National Law Enforcement Accountability Database of records of officer misconduct (including convictions, terminations, de-certifications, civil judgments, resignations and retirements while under investigation for serious misconduct and sustained complaints or records of disciplinary actions for serious misconduct), as well as commendations and awards. The EO also requires federal agencies to adopt measures to promote thorough investigations and preservation of evidence after incidents involving the use of deadly force or deaths in custody, as well as to prevent unnecessary delays and ensure appropriate administration of discipline.

The EO mandates all federal agencies to use body-worn cameras and publicly post body-worn camera policies that mandate the activation of cameras during activities like arrests and searches. Similar to California’s SB 1421, the EO also provides for the expedited public release of footage following incidents involving serious bodily injury or deaths in custody.

Additionally, the EO requires the development of an evidence-informed training module for law enforcement on implicit bias and avoiding improper profiling based on the actual or perceived race, ethnicity, national origin, limited English proficiency, religion, sex (including sexual orientation and gender identity) or disability of individuals. The order also establishes a committee to produce a strategic plan that advances front-end diversion, alternatives to incarceration, rehabilitation and re-entry. The order directs the Attorney General to fully implement the First Step Act. View President Biden’s “fact sheet” outlining the new EO.