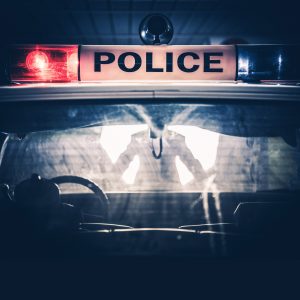 The purpose of the Public Safety Officers’ Procedural Bill of Rights Act is to promote effective law enforcement by maintaining stable employer–employee relations in California law enforcement agencies. The procedural protections provided by POBR balance the public interest in maintaining the efficiency and integrity of law enforcement with the police officer’s interest in receiving fair treatment. These rights include limitations and guidelines for investigations and interrogations of public safety officers in connection with disciplinary proceedings, the right to be notified and comment on adverse comments placed in a personnel file, the right to inspect personnel files and the right to representation.

Though generally it would make sense that an individual would retain the ability to waive their own legal rights, in certain circumstances the law allows for an exclusion of such a waiver, as it would likely result in imbalanced bargaining power between the employee and the employer. However, this is not an absolute exclusion. In Lanigan v. City of Los Angeles (2011) 199 Cal.App.4th 1020, California’s Second Appellate Court held that a police officer may voluntarily waive their POBR rights during employment as part of a disciplinary settlement agreement.

In 2006, Officer Lanigan, a Los Angeles police officer, faced misconduct allegations when he recklessly operated his vehicle while off duty. Lanigan was ultimately charged with three allegations of misconduct stemming from this incident. Subsequently, the chief of police referred Lanigan to the Board of Rights with a proposed penalty of termination. Before Lanigan had the chance to appear, his attorney negotiated a settlement agreement with the City. The agreement reduced the proposed penalty to a 22-day suspension in exchange for a Lanigan’s waiver of various POBR rights. The agreement also stated that should Lanigan be cited for any future misconduct, he would have to immediately resign from the LAPD. Lanigan signed the agreement in February 2008.

In September 2008, Lanigan entered an emergency room intoxicated, unnecessarily identified himself as an officer, “terrified” other patients and exhibited discourteous conduct that caused the hospital staff to call the Los Angeles County Sheriff’s Department. When deputies arrived, Lanigan lied to them, claiming that the keys in his possession were not in fact his. Following an internal affairs investigation in 2009, 10 new misconduct charges were sustained. Pursuant to the settlement agreement, the chief of police processed Lanigan’s resignation.

However, on review, the Second Appellate Court disagreed with the trial court’s findings and reversed. The court stated that though pre-employment blanket waivers of POBR rights are unenforceable and void, waivers of statutory rights and other protections where the waiver is obtained as a quid pro quo for settlement of disciplinary charges are valid and enforceable. (See County of Riverside v. Superior Court [2002] 27 Cal.4th 793, 804 [118 Cal. Rptr. 2d 167, 42 P.3d 1034] [Madrigal], where the court held POBR was subject to a limited waiver; see also Alhambra Police Officers Assn. v. City of Alhambra Police Dept. [2003] 113 Cal.App.4th 1413 [7 Cal. Rptr. 3d 432] [Alhambra Police Officers Assn.], where the officer negotiated a settlement by which he received less severe discipline in exchange for admitting misconduct and waiving his right to appeal the discipline to the civil service commission.) The court found that Lanigan’s agreement was enforceable, as it was not a pre-employment blanket waiver of his rights under POBR, but rather a post-employment limited waiver in accordance with a settlement of disciplinary charges.

The court further determined that Lanigan’s waiver was also voluntary. For a waiver to be enforceable, it “must be a voluntary and knowing act done with sufficient awareness of the relevant circumstances and likely consequences” (Madrigal at p. 806). The court stated that Lanigan was aware he could enjoy continued employment with the LAPD, but only on condition that he accept resignation and loss of certain POBR rights as a consequence of misconduct. By signing the agreement, in the presence of representation, he acknowledged that he was doing so voluntarily and with a full understanding of its consequences.

While pre-employment blanket waivers of an individual’s POBR rights are illegal, individually negotiated waivers of POBR rights in the context of disciplinary charges are valid and enforceable.