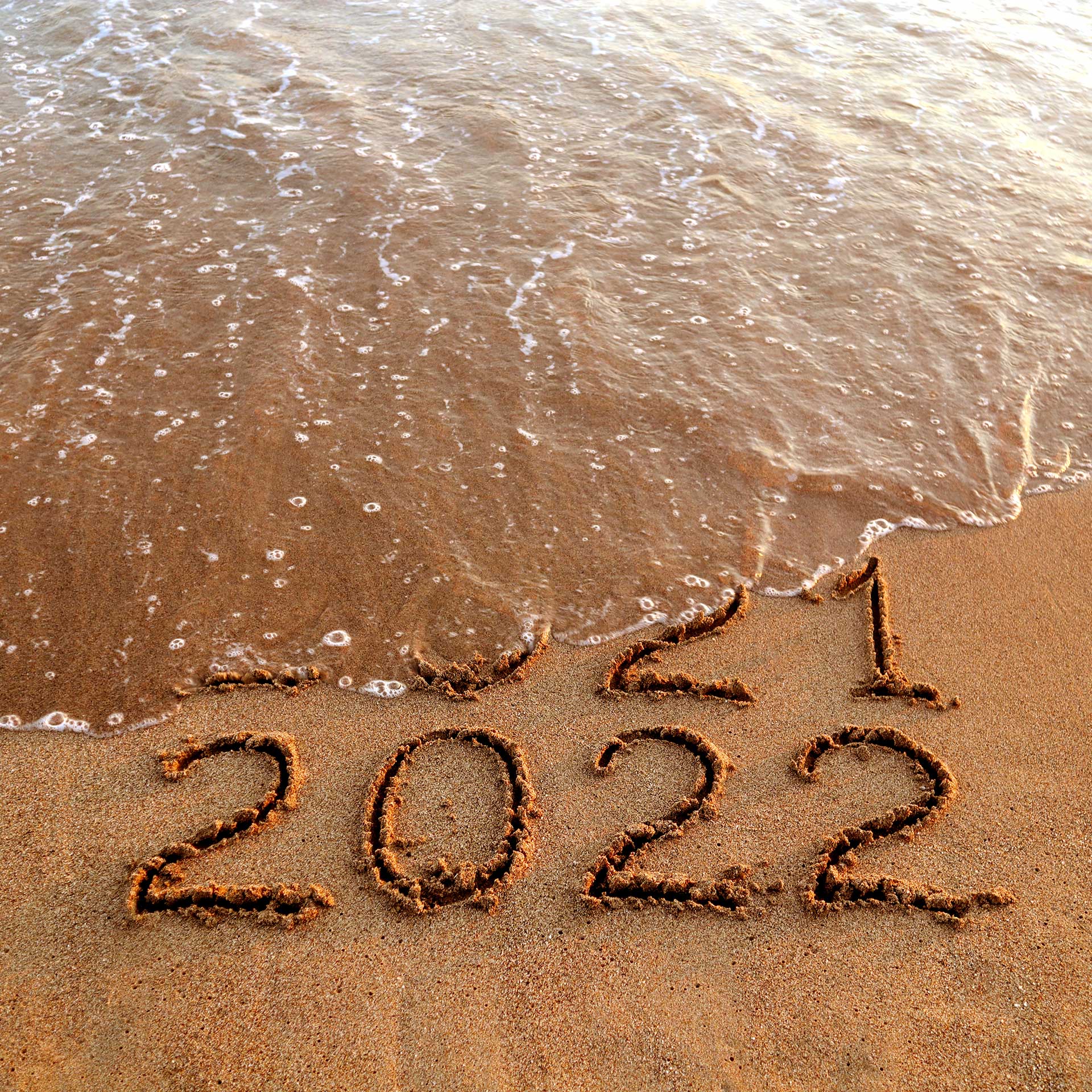 Throughout 2021, LAAPOA was beset with challenges related to the ongoing coronavirus pandemic, defunding movement, police reform legislation and numerous other issues affecting the law enforcement profession nationwide — and we met them head-on while ensuring the safety, well-being, rights and benefits of our membership. Through it all, LAAPOA has kept members, supporters, political leaders and the media apprised on how we’ve been advocating for our members and public safety by sharing insights, news and updates in our press releases, BOLO e-newsletters and print newsletters, and social media platforms. We also highlighted the vital work our members and their fellow peace officers are doing to serve and protect their communities. In case you missed anything, here’s a look back at many of the important topics we addressed in our communications during the past year.

While many had hoped the new year would bring a return to normalcy, the beginning of 2021 picked up where the unprecedented 2020 left off, with highly contagious COVID-19 variants spreading throughout the country, rising crime and continued demands by a vocal minority to defund the police. In January, in the face of all these challenges, LAAPOA emphasized the importance of unity and assured members that — along with our partners at the Peace Officers Research Association of California (PORAC) and the American Alliance of Airport Police Officers (AAAPO) — we would continue to do all we can to advocate for law enforcement at the local, state and national levels through the ups and downs of 2021.

In February, LAAPOA commemorated Black History Month with a look back at our long fight to negotiate improved wages, benefits and working conditions for our proudly diverse membership. While much progress has been made, we urged the City to act on its commitment to equity by supporting pay and benefits parity for all of its sworn peace officers. We again spoke out against discrimination in May, honoring Asian American and Pacific Islander (AAPI) Heritage Month by shedding light on this event’s history and significance, the recent attacks against the AAPI community and how law enforcement has been combating them. LAXPD Chief Cecil Rhambo and LAAPOA Board member Fran Sur, both of Korean descent, joined with LAAPOA President Marshall McClain to condemn these hate-fueled crimes and express solidarity with the AAPI community.

LAAPOA also weighed in on national and world events that impact the work of peace officers. In April, when former Minneapolis police officer Derek Chauvin was found guilty of two counts of murder and one count of manslaughter in the 2020 killing of George Floyd, LAAPOA reaffirmed its commitment to commonsense changes that can help avert further tragedy, including weeding out reckless officers, intervention training and a national use-of-force standard. And when 13 U.S. military service members and dozens of Afghans were killed in a suicide bombing outside Kabul Airport in August, we reminded our members and supporters of the importance of vigilance against terror attacks at our airports and elsewhere in our communities. This lesson was underscored just a few weeks later by the 20th anniversary of 9/11, when LAAPOA reflected on the terrible toll of that day, the sacrifices made by first responders and the ongoing need to invest in preventing future attacks.

In November, LAAPOA joined many police unions across the country in pushing back against vaccine mandates for public employees, filing an unfair labor practice charge with the City of Los Angeles on the basis of refusing to abide by the Meyers-Milias-Brown Act (MMBA), which requires the City to bargain in good faith the impacts of the vaccine mandates. President Marshall McClain reported that the City was retaliating against LAAPOA members punitively for choosing to file medical and/or religious exemptions. LAAPOA also unpacked a popular narrative that emerged among some unions, police leaders and politicians amid these legal battles that suggests that the mandates are politically motivated and serve as another way to continue the “defund the police” movement that gained momentum following the killing of George Floyd in 2020.

Also in November, LAAPOA shared helpful travel safety tips ahead of the busy holiday season, reminding our members and supporters to be vigilant and prepared while traveling through airports.

In addition to these communications, LAAPOA launched a social media campaign urging the Los Angeles City Council to approve a motion that would provide additional resources for the L.A. City Park Ranger Division to better serve and protect the city’s parks and communities. We also publicized our work over the airwaves as President McClain discussed law enforcement issues with Los Angeles County Sheriff Alex Villanueva for an episode of The Layover With LAAPOA video podcast, and appeared on the TV show The American Dream Los Angeles to share how LAAPOA members are helping to keep the airport and local communities safe.

Educating on the Issues

Throughout 2021, LAAPOA provided expert interpretation of the legal issues impacting our members from our general counsel, Mastagni Holstedt, APC. In February, they described how the ill-informed proposals to require law enforcement officers to purchase individual professional liability insurance are no more than an end-around attack in support of the “defund the police” movement. In April, they spotlighted a recent federal court ruling rejecting the exclusion of holiday-in-lieu payments from pay rates regarding overtime, a significant victory for public safety employees nationwide. In August, they explained how a recent Supreme Court ruling in support of a high school student’s First Amendment rights demonstrates the way an individual’s free speech protections are weighed against their school or employer’s interest in preventing substantial disruption — and specifically how those principles apply to public employees.

Other legal bulletins helped members and supporters understand the effects of new state laws. After AB 1506 took effect July 1, requiring that the California Department of Justice (DOJ) investigate all officer-involved shootings that result in the death of an unarmed civilian, Mastagni Holstedt analyzed the DOJ’s protocols and guidelines for OIS investigations and noted the areas of concern for law enforcement. And when Governor Gavin Newsom signed AB 490 into law on September 30, prohibiting law enforcement agencies from authorizing force techniques that involve a substantial risk of positional asphyxia, they informed LAAPOA’s audience about the law and its problems, as well as the broader issues surrounding lawmakers’ attempts to place limitations on the use of force.

As more and more governments and employers began requiring COVID vaccination for their workforces in 2021, the legality and constitutionality of these mandates became one of the hottest topics for public employees. In September, our legal advisors provided an invaluable overview of the legal precedent for government vaccine mandates, the role of collective bargaining for public employees and the circumstances under which an employee may seek accommodation due to medical conditions or religious objections.

While there were plenty of worrisome political and social issues facing law enforcement this year, LAAPOA also made sure to keep a positive focus on its membership and their daily duties protecting the traveling public and the citizens of Los Angeles. The year began on a high note as we celebrated the 75th anniversary of the Los Angeles Airport Police Department, providing an overview of its proud history, its growth and evolution, and what the future has in store.

LAAPOA observed Women’s History Month in March with a three-part series on the women of LAXPD. We detailed the long fight for gender equality and highlighted the female leaders who have helped move the profession forward and make the Department one of the most diverse in the country, including Assistant Chief Latasha Wells Amerson and Detective Erica Villanueva. LAAPOA also took a look back at the pioneering L.A. park rangers who helped break down barriers for female and minority peace officers throughout their division: Lucia Ruta, the first female ranger, and Doc Jefferson, the first Black mounted ranger.

Our profiles of the remarkable people behind the badge continued with the launch of the “LAAPOA Member Spotlight” series, which has so far featured Officer Michael Ahumada, ESU Operator Starla Reader, PO II Shannon Weathersbee and Officer Manuel Elorriaga. In addition, LAAPOA spotlighted the LAXPD Detective Bureau, with Detective Villanueva and LAAPOA Treasurer Ben Spolarich offering an in-depth look at the unit’s mission, challenges, opportunities and successes.

LAAPOA also took time to remember the members and colleagues we’ve lost. This year offered two formal occasions to honor the fallen, first during the annual National Police Week in May — when events were held virtually due to public health restrictions — and then again during a special National Police Weekend in October, when law enforcement members from across the country were finally able to gather in person in Washington, D.C., to memorialize the officers who made the ultimate sacrifice in 2019 and 2020. Closer to home, on April 29 we sadly marked the 16th anniversary of the death of Officer Tommy Scott, the first LAXPD officer to die in the line of duty. And in the fall, LAAPOA mourned two tragic losses in short succession: LAXPD Officer Michael Rasmussen, who was killed on September 14 in a tragic motorcycle accident on his way home from work at LAX, and Officer Andrew Marksbury, who died in his sleep on October 4 following a short illness. Their legacy of dedication and service will endure.

After overcoming another unprecedented year, LAAPOA is looking ahead to a better and brighter 2022. No matter what obstacles lie ahead, we will remain steadfast in serving and supporting our members and our law enforcement brothers and sisters while enhancing public safety for our communities throughout Los Angeles. We wish you and your loved ones a safe, happy and prosperous new year!