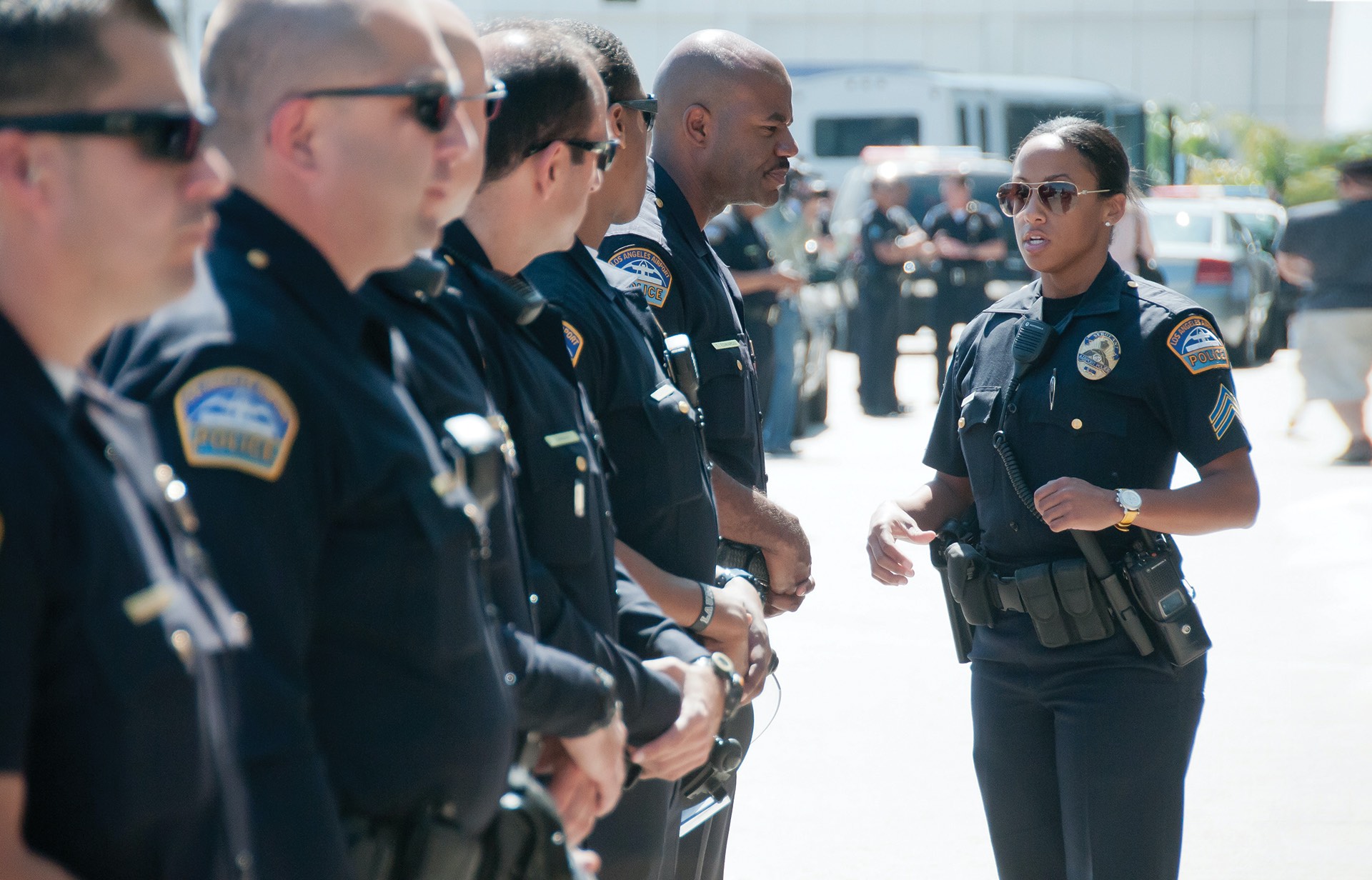 In our new series of articles entitled “The Women of LAXPD,” LAAPOA will highlight the women who make the Los Angeles Airport Police one of the most diverse departments in the country, with an emphasis on the female leaders who’ve helped move the profession forward. In honor of National Women’s History Month, LAAPOA also thanks the hardworking women who make up our membership, working as peace officers with the Los Angeles Park Rangers and Los Angeles Municipal Police to serve and protect the residents throughout the City of Los Angeles.

Along with racial diversity, gender equality has been a constant center of focus throughout the Los Angeles Airport Police Department’s more than 75-year history. Since Officer Joellen Natow became the first female Airport Police lieutenant in 1983 (and subsequently the first female captain almost five years later), the Department has continued to evolve to become one of the most diverse agencies in the nation.

Today, women make up 18% of the LAXPD force — well above the national law enforcement average of roughly 11% — and hold key positions throughout the ranks, including sergeant, lieutenant, captain and assistant chief. But as LAAPOA has continued to bring to light, just because women have a seat at the table doesn’t mean the fight for equality is over. For years, LAAPOA has not only called out pay and benefit discrepancies between LAPD and LAXPD performing the same services at LAX, but has also fought for women to receive pay equal to their male colleagues’ for equal work. In 2015, LAAPOA commended former California Governor Jerry Brown for signing the California Fair Pay Act, which helped close the pay gap between male and female officers. However, it also put a spotlight on issues long plaguing Los Angeles law enforcement — female LAXPD officers with years of experience, training and seniority making less in pay and benefits than many of the male LAPD officers they often help train.

“Our sisters in blue are the first line of defense alongside their male counterparts during any terror- or crime-related situation around our city’s airports and surrounding communities and have the same capabilities — thus, they should be fairly compensated and treated with the utmost respect,” LAAPOA President Marshall McClain says. “We have female officers who work or have previously worked in nearly every specialized assignment, whether as a detective, in the K-9 Unit or in Emergency Services Unit. The only exception is the Motors Unit, but I have no doubt there are female officers who’ve voiced an interest and will be applying once the next opportunity arises. This added to the frustration when we were made aware of female officers filing complaints relating to inexcusable actions committed by Deputy Executive Director for Law Enforcement and Homeland Security David L. Maggard Jr.”

Since being hired by the City of Los Angeles in 2015, Maggard has been involved in an unprecedented number of complaints and lawsuits related to retaliation, racial, gender and disability discrimination. At least one of the lawsuits against Maggard deals with “a veteran female and minority lieutenant who he terminated without cause, later resulting in the City ordering her reinstatement,” McClain explains. Despite this, Maggard has continued to get away with his draconian actions without consequence, thanks to the alliances he’s made with the same leaders meant to enforce the City’s zero-tolerance policy for discrimination, harassment and retaliation.

“In a time when peace officers feel more than ever that their voices aren’t being heard and their rights not given, LAAPOA is committed to lifting up our female officers, who for too long have had to fight criminals on the street and discrimination in the workplace,” McClain says. “If we truly are an association that empowers and supports the interests of each and every member, that means ensuring that everyone — no matter their background or creed — is on equal footing.”

A point of pride for LAAPOA comes from the diversity among the nearly 100 female officers of LAXPD, with the two largest demographics being Hispanic (50%) and Black (31%). This feeling was elevated even further when Latasha Wells-Amerson became the first woman of color in Airport Police history to be promoted from within the Department to the rank of assistant chief after nearly 20 years on the force.

“The promotion of Wells-Amerson to assistant chief was monumental to the Department and to women officers throughout the country looking to follow in her footsteps,” McClain says. “All of us at LAAPOA are extremely proud to be part of the gold standard when it comes to giving female officers the chance to shine and prove they are more than capable of doing great things in this profession. If you are qualified and have a passion for the job, you can reach great heights, no matter your gender, skin color or where you come from.”