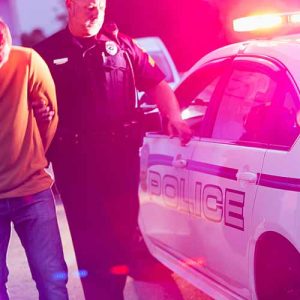 On September 30, Governor Newsom signed AB 490 (Gipson) into law, which “prohibit[s] a law enforcement agency from authorizing techniques or transport methods that involve a substantial risk of positional asphyxia, as defined.”1 This law is an expansion of AB 1196 (Gibson), signed into law one year ago in response to the death of George Floyd, which prohibited a law enforcement agency from authorizing the use of chokeholds and the carotid restraint.

As stated by the California Public Defenders Association in support of AB 490, “[T]he recent news coverage of excessive force incidents by law enforcement officers involving this type of restraint, including the death of George Floyd, demonstrates the urgent need for this legislation.”

AB 490, codified in Government Code Section 7286.5, defines “positional asphyxia” as situating a person in a manner that compresses their airway and reduces the ability to sustain adequate breathing. This includes, without limitation, the use of any physical restraint that causes a person’s respiratory airway to be compressed or impairs the person’s breathing or respiratory capacity, including any action in which:

As identified by the California State Sheriffs’ Association (CSSA), the language of the new law is overly broad and fails to give clear guidance to peace officers regarding permissible uses of force when attempting to effectuate an arrest or detention. In their official opposition to the bill, CSSA stated, “The bill’s inclusion of ‘any technique in which pressure or bodyweight is unreasonably applied against a restrained person’s neck, torso or back’ as violative of the measure is overly broad. Further, reasonableness will be difficult to judge from situation to situation.”

An obvious problem with AB 490 is the over-broad prohibition on the use of force to the majority of the body — the torso and back. Pressure applied to any part of the torso or back does not cause asphyxia. For example, while pressure to the center (thoracic) area of the back may be problematic, pressure to a subject’s shoulder blades would not result in impaired breathing. Additional training, supported by scientific and medical evidence, is necessary to provide sufficient notice to peace officers regarding the application of certain detention techniques.

It does appear, however, that AB 490 is limited to the use of unreasonable pressure or bodyweight against a restrained person. If a subject has not yet been restrained and an officer is still in the process of effecting an arrest or preventing escape, the use-of-force restrictions in AB 490 do not appear to apply. If a subject has been restrained, officers must avoid unreasonable pressure and reasonably monitor them for signs of impaired breathing.

“Reasonableness,” the standard for law enforcement use of force, remains the standard under AB 490. It is also important to note, based on the legislative intent articulated in the Legislative Counsel Digest, only techniques and transport methods to restrained people who involve a substantial risk of asphyxia are prohibited. Thus, techniques that carry a minimal or moderate risk of asphyxia should be permissible under AB 490. Officers will clearly require new POST-approved, evidence-based training in order to know what techniques involve minimal, moderate or substantial risks of both compression and positional asphyxia.

The issue of positional asphyxia and compression of a subject’s airway has been dealt with and trained on for years by many police agencies. For example, agencies already train on the “restorative position” and monitoring detained subjects to address any airway issues. Most significantly, there is no legitimate use-of-force training or technique that would justify what was done to George Floyd during his arrest.

Some agencies have started to change their use-of-force training to reflect this new law or what they believe the new law is trying to prohibit. One of the first agencies to change their arrest and control techniques was the New York City Police Department. New York City passed a similar arrest and control law like AB 490. Unfortunately, the successes and failures of these “new” techniques are still unknown.

It is inevitable that the California Legislature will pass more laws impacting officers and their ability to use force to effect an arrest and prevent escape. For AB 490 to be successful, officers will require new training regarding appropriate techniques of arrest control that will avoid causing a substantial risk of asphyxia. Will these laws create better policing? Or more second-guessing and distrust? The challenge is balancing these new laws against public safety and the safety of officers who put their lives on the line every day to keep us safe.