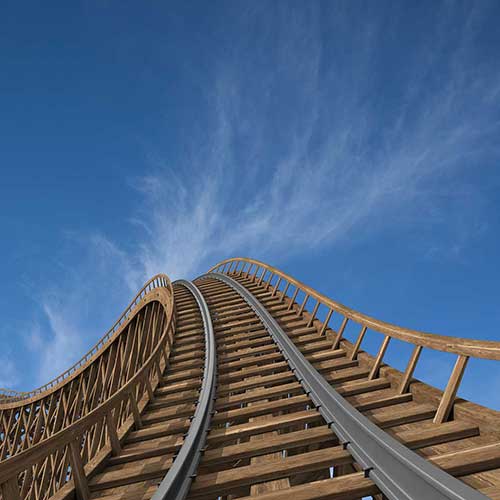 While many in law enforcement hoped the new year would bring a return to normalcy, the beginning of 2021 has picked up where the unprecedented 2020 left off, with highly contagious COVID-19 variants spreading throughout the country, an attack on the U.S. Capitol and continued demands by a vocal minority to defund the police.

All this comes as LAPD Chief Michel Moore, who recently said the department has been ravaged by the coronavirus with over 2,200 members now testing positive, took to social media to announce a startling surge in gun violence throughout South Los Angeles — the first two weeks of 2021 saw 59 shooting victims, compared to seven at this time last year. While it may be hard to see the light at the end of the tunnel as our profession is beset by threats of violence and disease, rest assured that LAAPOA and our statewide partners at the Peace Officers Research Association of California (PORAC) and the American Alliance of Airport Police Officers (AAAPO) will continue to do all we can to advocate for law enforcement at the local, state and national levels.

“With rising homicide and crime rates around the state and country, it’s even more important that we never allow the abolition of law enforcement — not now, not ever,” LAAPOA President Marshall McClain says. “While LAAPOA and our partners continue to fight on behalf of our profession, our members and their families, we urge officers to remain positive, look out for one another and stay vigilant amid the uptick in attacks on law enforcement.”

With the recent January 20 inauguration of former Vice President Joe Biden, who now becomes the 46th president of the United States, there is additional uncertainty about what the new Biden–Harris administration means for the future of law enforcement. While Biden will undoubtedly be urged by some members of his party to further strip law enforcement of its resources, the president has backed off on calls to defund the police in recent months, even stating in August that he wants additional police funding. Pointing to Biden’s vast political experience and record of consensus building, law enforcement advocates are hopeful that he will be open to working with the profession to find middle ground on criminal justice issues.

Regardless, McClain emphasizes the need for unity between law enforcement, the administration and the public during these trying times. “Whatever our personal political beliefs, it is critical for officers to continue being leaders in our communities, which means remaining focused on the job at hand and staying committed to the oath we all took to protect and serve,” he says. “I’d like to call on everyone to pray for both our incoming and outgoing presidents and our nation as a whole as we continue traversing this truly challenging period in our country’s history.”

Further adding to the strain on law enforcement has been the ever-growing toll taken by COVID-19. According to the Officer Down Memorial Page, 206 of the 324 line-of-duty deaths in 2020 were due to COVID-19 alone. That number may be even higher, says the organization, which recently stated on Facebook that “an additional 200-plus COVID line-of-duty deaths are still pending verification, so 2020 may eventually turn out to be the deadliest year for law enforcement in U.S. history due to the COVID pandemic.”

With new COVID-19 variants, such as L452R, starting to be found more frequently across the state, LAAPOA has taken further action to protect members by creating a response team to assist those in quarantine due to virus protocols. “More than ever, if you are feeling under the weather, it is imperative that you stay home and take all the proper precautions necessary to ensure the safety of yourself and those around you,” McClain says. “LAAPOA is committed to taking care of each and every one of our members, so please do not feel like you are alone in this battle — your health and safety will always be the top priority. The only way we are going to overcome this invisible enemy is if we all work together to protect one another and be our brother’s and sister’s keeper.”

While 2021 hasn’t gotten off to the start many of us would have hoped, LAAPOA is optimistic about the outlook for the months ahead, starting with the grand opening of LAAPOA Headquarters later this year. The new two-story, 8,700-square-foot property, located just two miles from LAX, will include a membership lounge, uniform store and in-house general counsel, as well as facilities to host membership meetings, training and much more.

“This past year hasn’t been easy, but I’m confident in the strength of LAAPOA and our partnerships with leaders including Chief Park Ranger Joe Losorelli and Airport Police Chief Cecil Rhambo,” McClain says. “I believe things will turn around if we all stay united and do our part. Please do not give up, and we will get through this together.”