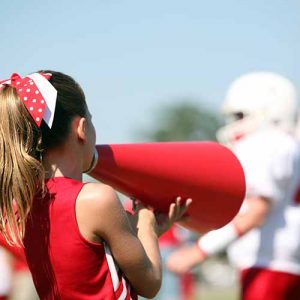 During one weekend, at a convenience store, B.L., a public high school student, made Snapchat posts criticizing the school and the cheerleading team. One post showed her with middle fingers raised with the caption: “F— school, f— softball, f— cheer, f— everything.” To no surprise, the other cheerleaders and their parents caught wind of the post, became upset and went to the principal. In response, the school handed B.L. a one-year suspension from the cheer team.

The issue was whether the suspension violated B.L.’s First Amendment rights.

Schools have a special interest in regulating speech that “materially disrupts classwork or involves substantial disorder or invasion of the rights of others.” Here, the court weighed B.L.’s interest of freedom of expression against the school’s interest of maintaining order for off-campus activity. Examples of off-campus activity that may call for school intervention include bullying, harassment, threats or cheating on schoolwork.

However, B.L.’s Snapchat did not require school intervention. She did not identify the school in her post or make threats to anyone. She posted the Snapchat to an audience that only consisted of her private Snapchat friends. The post did not amount to substantial disorder because it only made the cheerleaders upset momentarily. Thus, the First Amendment protected B.L.’s speech, and the school’s suspension violated her First Amendment rights.

B.L. won the government interest argument because her post did not disrupt the school. A student’s gripes about the cheer team have little to no effect on the school’s operations. However, your “unpopular opinion” post can trigger more public outcry and cause a major disruption at work.

Public employees are protected by the First Amendment for speaking about matters of “public concern.” A matter is of “public concern” if it deals with political, social or other community concerns. However, the First Amendment will not protect you if the government’s interest in preventing disruptions at work and maintaining public trust outweighs your interest in free speech. This is a similar balancing test to the one in the above case.

To make matters worse for public employees, the First Amendment does not protect speech that is a part of your job duties. Don’t let this rule fool you into thinking that making a post after work is protected by the First Amendment. Your post may still be subject to the balancing test above.

Let’s change the facts a little. Along with your Trump sticker, you have a “Liberals Suck” sticker. Moreover, you live in an area that voted overwhelmingly for Biden. The First Amendment will probably no longer protect you because your stickers make it appear that you won’t treat Biden supporters equally. Given the community you are in, your stickers will likely harm public trust and disrupt work operations. Thus, you should follow your employer’s orders.