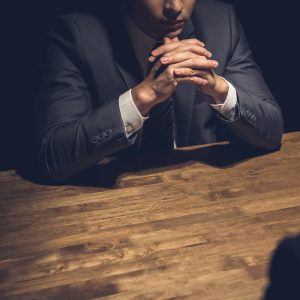 According to a recent United States Supreme Court decision, criminal suspects cannot sue police officers who fail to give Miranda warnings before custodial interrogations. (Vega v. Tekoh, No. 21-499, 2022 WL 2251304 (U.S. June 23, 2022.]) SCOTUS reversed the Ninth Circuit’s decision, maintaining the standard that a violation of Miranda is not necessarily a violation of the Fifth Amendment.

Terence Tekoh, a medical worker accused of sexually assaulting a patient, signed a confession during an interrogation conducted by L.A. County Sheriff’s Deputy Carlos Vega. Vega did not inform Tekoh of his rights under Miranda v. Arizona, 384 U.S. 436. During Tekoh’s trial, his signed confession was admitted against him, but the jury returned a verdict of not guilty. Tekoh then sued Deputy Vega under 42 U.S.C. § 1983 for violating his constitutional rights.

42 U.S.C. § 1983 states that a person acting under color of state law who “subjects … any citizen of the United States … to the deprivation of any rights, privileges or immunities secured by the Constitution and laws, shall be liable to the party injured in an action at law …”

Tekoh argued that a violation of Miranda constituted a violation of the Fifth Amendment right against compelled self-incrimination. In agreement with Tekoh, the Ninth Circuit held that the use of an un-Mirandized statement in a criminal proceeding may support a § 1983 claim against the officer who obtained the statement. However, the United States Supreme Court disagreed and reversed the Ninth Circuit’s ruling.

In the years following the Miranda decision, the Court has characterized Miranda rules as “prophylactic,” meaning that they are a tool used to safeguard a person’s constitutional Fifth Amendment right. The Miranda rules are not themselves a constitutional right. “Miranda did not hold that a violation of the rules it established necessarily constitutes a Fifth Amendment violation. That makes sense, as an un-Mirandized suspect in custody may make self-incriminating statements without any hint of compulsion.” Id. at 1.

Failing to provide a Miranda admonishment legally differs from violating the Fifth Amendment. The biggest difference between treatment of Miranda violations and Fifth Amendment violations is that the Miranda cases involve a cost-benefit analysis to define the scope of Miranda. For example, an un-Mirandized statement can be used to impeach a defendant’s testimony, but an involuntary statement in violation of the Fifth Amendment cannot. (Harris v. New York, 401 U.S. 222, 224-226 [1971.])

The Court found that the benefit of allowing Miranda claims under § 1983 does not outweigh the substantial costs. Such claims would impair judicial economy because it would require a federal judge to determine whether there was a Miranda violation after a state court had already determined that fact. This type of double-adjudication would also create procedural issues between federal and state court systems. Therefore, the negative impact on the court system is too great to justify the extra civil proceedings.

“Because a violation of Miranda is not itself a violation of the Fifth Amendment, and because we see no justification for expanding Miranda to confer a right to sue under § 1983, the judgment of the [Ninth Circuit] Court of Appeals is reversed.” Vega 2022 WL 2251304 at 10. Thus, police officers are not civilly liable for damages that criminal suspects sustain due to Miranda violations.