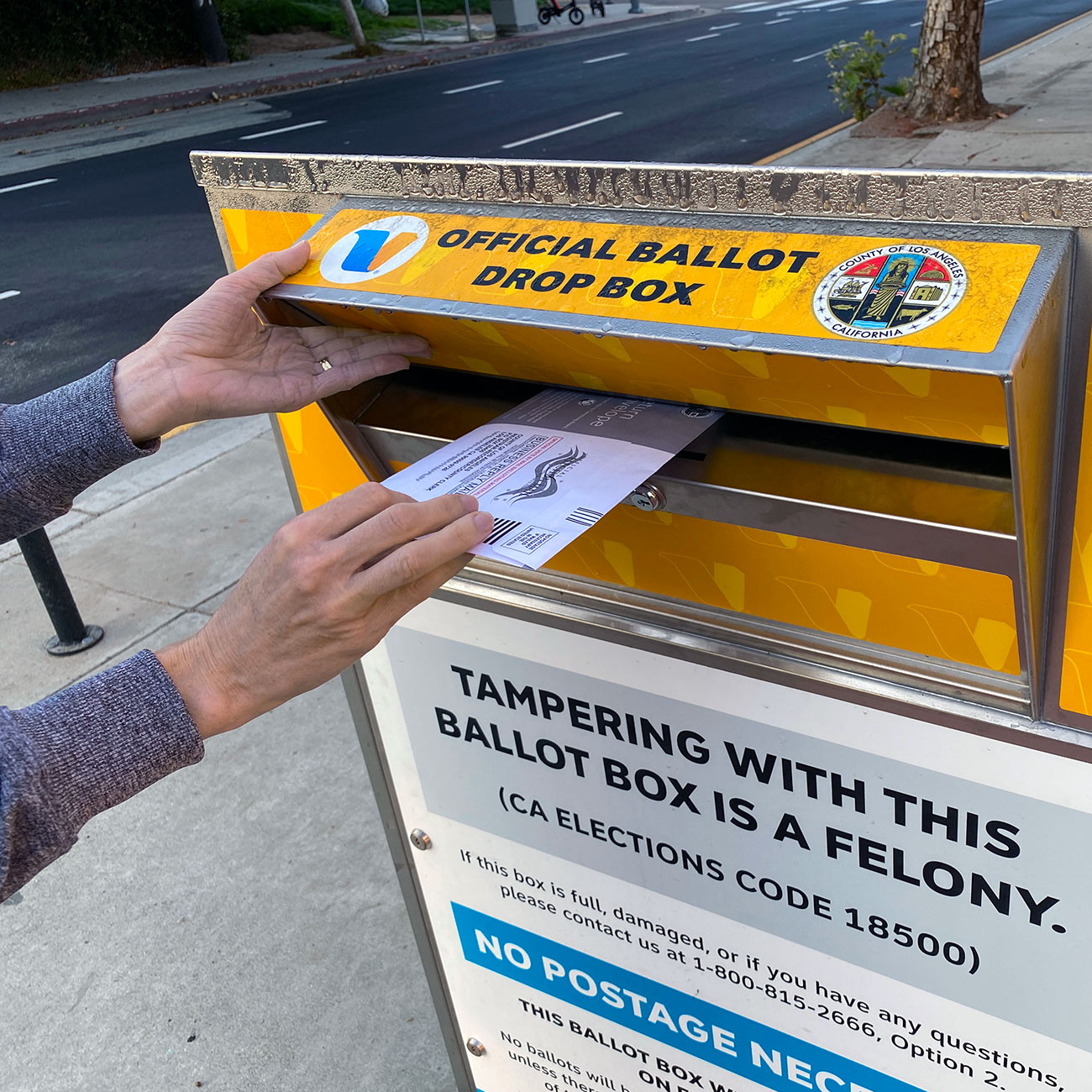 Ahead of the primary election on June 7, California mailed out more than 20 million ballots to registered voters. But only 18% had been counted by the mid-morning following Election Day. And as of June 17, only 25% of voters — 5,544,855 people —had participated in the election, according to Political Data Inc.’s Primary Ballot Tracker. The numbers reveal a lack of civic engagement that, while staggering, was entirely expected by many political commentators, civic leaders and media outlets. Political Data Inc. Vice President Paul Mitchell told Politico that voter apathy is common in midterm years without a presidential election or exciting top-ticket race for governor (incumbent Gavin Newsom garnered 56% of votes and will face Brian Dahle, who had 17.7%, in the general election in November), and as a result those elections yield dismal numbers at the polls. This year, he said, bears similarities to the midterm cycle in 2014, in which turnout was slightly above 42% and Governor Jerry Brown easily secured re-election.

Despite many notable county and city contests in Los Angeles, such as the sheriff, County supervisor, mayor, city controller, city attorney and City Council races, as of June 14, the ballots processed had totaled 1,258,049 — 22.11% of the county’s registered voters, reports the Los Angeles Daily News.

In San Francisco, which also had many important races, the numbers didn’t fare any better, with only 28% of ballots counted as of June 10 (though the number is expected to rise to 45% after mail-in votes are tallied). The San Francisco Chronicle’s editorial board — commenting on the low turnout, the recall of DA Chesa Boudin and how the results of many races couldn’t definitively illustrate shifting views on criminal justice in the state because of the poor turnout — voiced its frustrations about the overwhelming majority of Californians who couldn’t be bothered with the primary, stating, “It was apathy and resignation, not overt anger or a definitive vision, that ruled the day in San Francisco and across California in Tuesday’s election. And that’s simply unacceptable. Not voting because you’re tired of the state of things or because you don’t believe it will make a difference are self-fulfilling prophecies. There is no winning when the overwhelming majority of us disengage from our collective future.” (Emphasis our own.)

The importance of voting and being civically engaged can’t be overstated enough, and each election cycle, LAAPOA is vocal in reminding our members and the communities we serve why their vote and voice matters. “As disheartening as voter apathy is, we don’t subscribe to the typical ‘Don’t vote, don’t complain’ posture. We instead want to encourage people to educate themselves on why voting is crucial and about the issues and people on their ballots. It’s never too late,” LAAPOA President Marshall McClain says, noting that becoming involved in politics doesn’t have to be some complex process; it can easily begin by asking yourself questions such as “How well is my elected representative serving the needs of my community?” or “How did that measure that I disagree with become a law in the first place?”

Those two questions alone underscore why it’s critical to vote into office candidates who align with your values. And if your chosen candidate gets elected, your engagement shouldn’t end there — you, as their constituent, must hold them accountable for their policies, ensuring that they are creating measures that are not self-serving but have the best interests of your state, city or county at heart.

It’s also important to refresh yourself on how bills become laws in the first place. In the California legislative process, all laws stem from an idea or concept from a variety of sources/stakeholders, and from there, a lawmaker decides to author a bill based on that idea or concept, thus beginning the process, which involves an introduction/first reading, committee hearings, second and third readings; once the bill is approved by its house of origin, it goes to the other house where the process is repeated. If both houses vote to approve the bill, it then goes to the governor’s desk, where they can sign the bill into law, allow it to become law without their signature or veto it. During this process, constituents can contact their legislators ahead of committee hearings to voice their opinions on proposed measures. (To learn more, we encourage you to check out “The Legislative Process: A Citizen’s Guide to Participation.”)

“Unfortunately, a lack of understanding our legislative process is one of the key reasons why many laws are passed in Sacramento without voters’ knowledge,” McClain says. “Measures affecting public safety, such as Prop 47, Prop 57 and AB 109, all came from lawmakers who wanted to make detrimental changes to our profession and who have no regard for the dangerous repercussions these laws have had over the years on the safety of our communities. We need to do better voicing our opposition to such laws. If we don’t speak up, others will continue to speak for us.”