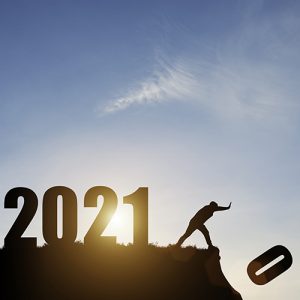 LAAPOA contended with many difficult issues in 2020 due to the COVID-19 pandemic, the national reckoning on police use of force and allegations of racism spurred by the death of George Floyd in Minneapolis, and the subsequent movement to defund police. In addition to covering these critical issues in our press releases and BOLO e-newsletters and print newsletters, LAAPOA kept members, supporters, political leaders and the media apprised of how we continued to advocate for our membership and public safety through uncertain times.

Advocating for Members and Keeping Them Informed

The year began on a high note, as LAAPOA applauded Chief Cecil Rhambo’s decision to fill emergency assistant chief appointments from within LAXPD’s rank and file. Captain Latasha Wells Amerson and Captain Tyrone Stallings were promoted to assistant chiefs of the Office of Operations and the Office of Homeland Security, respectively — the first time in the history of the LAXPD that two out of three assistant chief positions were filled from within. (The two would formally fill the positions on August 8.) In addition, Captain Imer Chavez was emergency appointed to the newly created rank of police commander over Patrol Services Section.

In March, LAAPOA showed support for our park ranger members by backing L.A. City Councilmember Joe Buscaino’s motion to allow the Park Ranger Division to carry guns. LAAPOA Board members Francisco Pimentel and Sean Kleckner argued that changing the municipal code would give rangers the full ability to utilize all law enforcement tools and equipment to ensure the safety and security of public parks. LAAPOA celebrated the 55-year history of the Park Ranger Division in December, highlighting the professionalism of its members and again calling for rangers to be armed to protect themselves and the public.

In April, LAAPOA introduced The Layover With LAAPOA, a video podcast featuring candid interviews with top public safety officials and discussions on everything from union matters to nationwide law enforcement issues. The first episode featured Chief Rhambo, who talked about his career, his goals for LAXPD and more.

Despite the cancellation of peace officer memorial ceremonies nationwide due to COVID-19, LAAPOA honored the fallen in May with a tribute to the California officers who died in the line of duty in 2019, plus a remembrance of LAXPD Officer Tommy Scott.

As the nation observed National Suicide Awareness Month in September, LAAPOA addressed the issue of law enforcement suicide and shared numerous mental health resources and tips for members. And in honor of Veterans Day in November, LAAPOA paid tribute to the heroism of those who go on to serve in law enforcement following their military careers, calling for greater recognition of veterans’ post-traumatic stress as an occupational injury, and the need for resources, services and ongoing support.

Ahead of the November election, LAAPOA spoke on the importance of voting yes on Prop 20, a measure that would correct the unintended consequences created by AB 109, Prop 47 and Prop 57, which include the release of tens of thousands of inmates as well as a surge in local crime and homelessness. LAAPOA also discussed the potential turmoil of the election and how departments were preparing to protect their communities from unrest.

Policing in a Pandemic

In the early months of the pandemic, when many people were told to stay at home, LAAPOA’s members were among those risking their lives to protect the public on the front lines. As such, many members became concerned about the benefits and protections available to them should they contract the virus. In April, LAAPOA tapped our general counsel, Mastagni Holstedt, A.P.C., to provide important information about workers’ compensation coverage for COVID-19. The firm outlined the state’s workers’ compensation law and called for establishing a COVID-19 presumption (which the state did with the passage of SB 1159 in September).

In May, LAAPOA introduced a three-part series of articles entitled “Never Let a Good Crisis Go to Waste,” which explored how the COVID-19 health crisis affected public safety operations in California and across the country and how some officials were using the pandemic as an opportunity to advance harmful criminal justice reform agendas. LAAPOA examined the challenges of enforcing social distancing with the lack of uniform statewide guidelines, the harmful effects of zero bail on public safety, and the spike in crime due to early release in cities like Los Angeles and New York, whose officials released inmates to reduce prison overcrowding to slow the spread of coronavirus.

In July, LAAPOA brought attention to the difficulty of enforcing street food vending during the pandemic due to the lack of clear guidelines on enforcement from city officials. This issue added yet another catch-22 situation for law enforcement, who were being vilified for trying to enforce a complicated law.

Later that month, LAAPOA illustrated how defunding and anti-police legislation led to crime surges in cities across the country over the July 4 weekend. LAAPOA argued that such ill-conceived reform attempts strip officers of the resources and support they need to protect their communities, which during the summer had become overrun with repeat offenders due to early release. In August, LAAPOA returned to the issue of early release, as California prison officials announced that as many as 17,600 inmates would to be released early due to COVID-19. LAAPOA warned that with no realistic plan in place for what happens after prisoners are released, communities would be put at risk and law enforcement would be left holding the bag.

The death of George Floyd while in the custody of Minneapolis police on May 25 set off days of protests and civil unrest across the country and placed law enforcement in the crosshairs. LAAPOA President Marshall McClain issued a statement on the incident, calling for accountability after a complete and fair investigation with full due process.

In June, LAAPOA acknowledged that Floyd’s death signaled the need for change in the profession, but cautioned against the hasty reform measures that some lawmakers were proposing, without the input of law enforcement, to pacify public outcry. LAAPOA said the moment was an opportunity for everyone with a stake in the future of law enforcement to come together for meaningful discussions on reform.

Also in June, the Los Angeles Times editorial board wrote that it supported the L.A. City Council’s motion to cut $150 million from the LAPD budget. President McClain responded to the editorial, arguing that defunding the police would be detrimental to the city’s already understaffed and overstressed police force. He also noted that the board failed to mention the cuts and reforms that have already occurred, and that some of those cuts actually produced an overreliance on police and forced officers to do nontraditional law enforcement jobs.

Many activists and politicians blamed law enforcement unions for impeding reform and used the position to put anti-police measures into action. LAAPOA corrected this false assumption, explaining in late June that unions have been proactive in proposing solutions and leading the way for reform. In August, LAAPOA reiterated that police unions are labor unions; they bargain with employers on behalf of their members to secure fair compensation and benefits, protect employees from retaliation and more.

During the final months of the state’s legislative session, more than two dozen reform proposals focused on use of force, oversight, accountability and other policing issues were introduced by lawmakers. On the last day of the session on August 31, PORAC and other police unions were successful in preventing the passage of SB 731, which would have eliminated qualified immunity and created a process for officers to be stripped of their badges if they are convicted of certain crimes or fired for misconduct, along with other knee-jerk reform measures.

In September, LAAPOA covered the concerning trend of attacks on law enforcement after two L.A. County sheriff’s deputies were ambushed in broad daylight. The attacks, along with anti-police backlash from the media, activists and politicians, also caused many police chiefs nationwide to resign. LAAPOA also pointed out how the country has yet to hear any solid plans on how anti-police legislation and defunding will improve law enforcement and benefit communities in the long run.

Fighting for Change at LAX

Amid nationwide discussions on race, LAAPOA seized the moment in July to call attention to Deputy Executive Director David L. Maggard Jr.’s pattern of practice of racial inequity, discrimination and improper management during his tenure at LAWA. Maggard has been the subject of nine individual lawsuits — more than any other leader in Department history — in addition to complaints and grievances focusing on race, gender and ADA offenses. LAAPOA brought up the lawsuits to LAWA executives and the Board of Airport Commissioners (BOAC) to illustrate Maggard’s questionable leadership. However, they determined “no confirmation of a pattern of practice.” LAAPOA argued that our complaints were falling on deaf ears and that city officials were enabling an airport policing environment that undervalues, demoralizes and retaliates against minorities.

In August, LAAPOA held a virtual press conference and called for an independent investigation into the lawsuits against Maggard after LAWA executives and the BOAC failed to disclose how they determined that Maggard’s actions did not present a discriminatory pattern. pattern. The standard practice is to place the employee on administrative leave while an independent investigation is completed, neither of which had occurred. The press conference also featured attorneys representing sworn and civilian employees of the LAXPD alleging complaints against Maggard.

In October, LAAPOA once again called for Maggard to be held accountable for his leadership, because neither LAWA CEO Justin Erbacci, BOAC nor the L.A. City Council moved forward with placing Maggard on administrative leave or conducted any independent investigation into the numerous allegations against Maggard. LAAPOA President McClain and Vice President Rudolfo Bojorquez met with L.A. Mayor Eric Garcetti and advised him of the ongoing concerns and lack of transparency regarding any investigation regarding Maggard. Despite lack of action from the top, LAAPOA resolved to make our voices heard to effect change at LAX. As ongoing depositions continue, the first of the many lawsuits involving Maggard is set for a jury trial to start in early January 2021.

As LAAPOA prepares to take on new challenges and opportunities that await us in 2021, we look forward to continuing to serve our members and our law enforcement brethren while enhancing public safety for all. One new enhancement for LAAPOA members is the acquisition of and move to our new two-story LAAPOA Headquarters, located two miles from LAX. The building will be able to accommodate membership meetings, membership training, events and much more. Stay tuned for the grand opening in 2021.