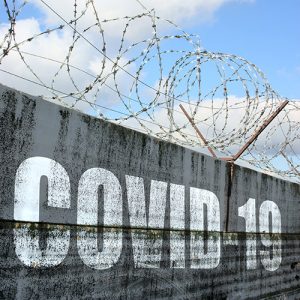 As repeat arrests soared and career criminals received get-out-of-jail-free cards earlier this year in an attempt to reduce the spread of COVID-19, LAAPOA sounded the alarm about the dangerous effects granting early release to thousands of inmates would have on California. Yet, despite coronavirus cases ramping up across the state, officials are inching closer to allowing as many as 17,600 inmates to be released early from prison by the end of the month with no realistic plan in place, no way of protecting officers from the inevitable spread of the virus and no concern for victims or community members.

When state officials began the early release of 3,500 inmates in April, including high-risk sex offenders and violent criminals, the highest number of new coronavirus cases in a single day was 2,417 on April 29. Single-day numbers have gone up drastically in the past several weeks, with July 21 alone seeing over 12,800 confirmed cases. The thousands of new cases popping up on a daily basis make the decision to potentially release over five times as many prisoners later this month even more mind-boggling.

“How anyone can think releasing even more inmates early from jail is a good idea after seeing what a catastrophe it was the first time and seeing the recent spikes in cases over California is beyond me,” says LAAPOA President Marshall McClain. “All of us are dismayed by the fact that nearly 2,000 state prison employees have been infected by COVID-19, with eight passing away, and we are extremely frustrated by the state’s lack of initiative to ensure members of law enforcement are protected during these challenging times. LAAPOA has been saying for months that we need to come together to figure out a solution to this growing problem, but state leaders have continued taking matters into their own hands, causing nothing but fear and frustration for law enforcement and the communities we serve.”

This rush to release prisoners en masse has left probation officials and community organizations scrambling to provide adequate housing for inmates, and has only further drained what little time and energy officers and front-line workers have remaining to ensure these unrealistic needs are met. “It has just been a total madhouse, quite frankly, and we’re doing this in the midst of a pandemic,” Karen McDaniel, the statewide transportation and services liaison between community groups and corrections officials, told ABC30.

In a potential sign of things to come if California sticks with this rushed attempt to release thousands of prisoners early, county probation officials stated that local authorities were given little notice when a recent group of inmates was released, received no clear indication if the prisoners were virus-free and were told that necessary transportation and quarantine housing were not yet set in place.

“Departments around the country are understaffed and beyond exhausted thanks to senseless budget cuts seen around the country and politicians caring more for criminals than the people sworn to protect them. Now, we’re being told that thousands of inmates will likely soon be pouring into our communities and to essentially figure it out ourselves,” McClain says. “Once again, law enforcement is tasked with picking up the pieces while also trying to protect ourselves and the public from whatever looms ahead.”

On top of it all, officers are still dealing with ex-inmates coming out and immediately committing devastating crimes. In Maryland, 26-year-old Justin Wilson is one of many criminals who’ve committed horrific acts immediately after being set free due to shortsighted coronavirus concerns. Soon after being released, Wilson stabbed a 63-year-old man to death in the man’s home.

Adding to the frustration felt across the board, county officials have expressed alarm about potentially infected inmates who were recently released and allowed to ride on public transportation and mingle with the public before tests came back to determine whether they were COVID-19-positive.

In a recent letter to the California Department of Corrections and Rehabilitation (CDCR), Barbara Longo, Lassen County’s director of health and social services, asked the CDCR to test and isolate inmates for 14 days before releasing them, citing a recent case of a released inmate who visited with another freed prisoner while quarantined at a local hotel.

“We do not know how many times he left his room to go out,” Longo wrote. “However, his two tests came back positive 10 days after his release.”

Instances like this have happened all over the state, with the Los Angeles Times reporting that roughly 250 inmates have already been freed who were listed as “active” COVID-19 cases.

One of those prisoners is 62-year-old Michael Kirkpatrick, who was awaiting final approval when he received an early release from San Quentin State Prison in July and was driven to a San Francisco hotel to quarantine with other recently freed prisoners. Rather than enforce strict rules or have officers make sure these potentially infectious former inmates stayed in their hotel rooms, officials simply asked them to stay put in their rooms during their isolation, which very few did. Some, says Kirkpatrick, were even out walking around the city while awaiting the results of COVID-19 tests taken the day they were released.

“The only time you were supposed to come out was when they knocked on your door and brought you food,” he told the Times. “But you got guys who are just getting out of prison and want their freedom. The person at the front desk is not going to tell you not to go anywhere.”

This small but significant example suggests that first responders across California are in for an uphill battle in the months ahead if this type of malfeasance by the state continues.

“We’ve long known as law enforcement officers that state support and resources are finite, but now that message rings even truer when we have a virus spreading across the country and dangerous inmates who may be infected and contagious being released early, which has only compounded the crisis,” McClain says. “It’s more important than ever that we watch out for the communities we serve and our brothers and sisters in blue, and keep in mind the ill-conceived decisions that are being made in this state. The few examples pointed out are not mere hyperbole, they will ultimately have repercussions.”