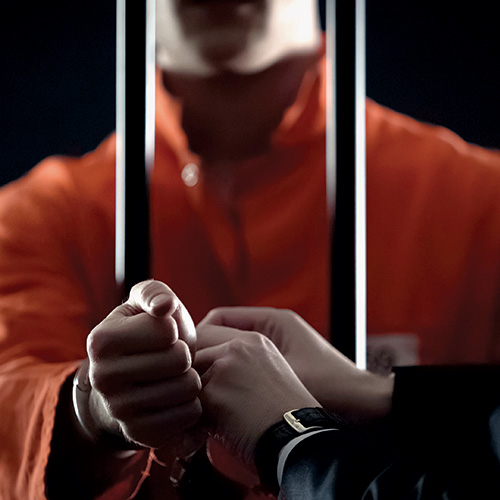 In this three-part series of articles entitled “Never Let a Good Crisis Go to Waste,” LAAPOA will be exploring how the COVID-19 health crisis is affecting public safety operations in California and across the country, with a particular focus on how some officials are using the pandemic as an opportunity to advance harmful opportunity to advance harmful criminal justice reform agendas.

As Americans continue to fear for their job security, health and financial future during these uncertain times, the coronavirus pandemic has caused yet another thing for citizens to worry about — their safety. As victims and law enforcement officials warned would be the case after states announced the release of thousands of inmates as a way to slow the spread of the coronavirus, repeat offenders have wasted little time in taking advantage of their newfound freedom by wreaking havoc on their communities and committing similar — or worse — offenses than the ones that originally landed them in jail in the first place.

As the number of coronavirus cases spiked in places like New York City in April, so did the number of burglaries and other such crimes, with the NYPD reporting a 43% jump in city break-ins during that time. This comes after the city released roughly 1,500 inmates (now around 2,600), including many at Rikers Island, a notorious facility known for harboring some of the country’s most violent and dangerous criminals. The NYPD reported approximately 150 people released from Rikers Island alone have already been rearrested, some more than once, for crimes ranging from domestic violence to attempted rape. One of those reoffenders, initially jailed for allegedly setting his girlfriend’s door on fire and choking her mother, was released and promptly rearrested days later after allegedly threatening to kill the whole family.

“What we’ve seen in New York has been disastrous, and now we’re seeing the same thing happening in California with the release of several high-risk sex offenders and other dangerous criminals during the COVID-19 pandemic,” LAAPOA President Marshall McClain says. “During all this chaos, the script has somehow been flipped by the mainstream media and some of our country’s leaders to make criminals out to be the victims during this pandemic. The true victims, those who’ve gone through a traumatic and dangerous experience, are now forced to watch as these offenders are free to go home. On the other hand, our brothers and sisters in blue now have another thing on their plate as they work to protect their communities from the mass release of inmates, while also trying to keep themselves and their families safe from the invisible enemy that is COVID-19.”

In late April, seven high-risk registered sex offenders were released months early from Orange County Men’s Central Jail as part of California’s statewide effort to reduce the spread of COVID-19. In a statement condemning the decision to release the inmates, Sheriff Don Barnes said staff had worked to create the capacity needed in the jail to house sex offenders and other dangerous criminals, but the court ultimately decided to release the inmates anyway, despite the jail not currently being overcrowded. The controversial decision even prompted the District Attorney’s Office to issue a safety warning, in which District Attorney Todd Spitzer stated the offenders were very likely to reoffend once freed.

Unfortunately, Spitzer was right. Just weeks after the seven sex offenders were released from jail by court order, six were put right back behind bars after breaking the terms of their release. One of the offenders, who has a history of child molestation, indecent exposure and assault, was rearrested after exposing himself at a parole resource center. The man, originally released on April 13, had only served 71 days in jail on a 180-day minimum sentence.

“We were told nonviolent offenders, the elderly and those with serious health conditions were going to be the only inmates released early, and so far, that’s been far from the case,” McClain says. “It’s an understatement to say that releasing inmates around the state and country earlier than scheduled has completely backfired and has done nothing but make law enforcement’s job even harder and more dangerous.”

As if releasing inmates before their scheduled release date hasn’t muddied the waters enough, law enforcement officials recently saw firsthand the extent inmates will go to in order to be released early from prison during the coronavirus pandemic.

Video footage taken at the North County Correctional Facility in Castaic captured a group of inmates trying to infect themselves with COVID-19 by taking sips from a shared cup of hot water — so that their oral temperatures would rise before a temperature check — and breathing into a single mask and passing it around. Just two weeks later, 30 prisoners tested positive, authorities said.

“It’s a clear-cut sign that this initiative has gone way too far when inmates are trying to infect each other with a deadly virus that puts officers and others at risk because they have a twisted belief that they’ll be rewarded with an early release,” McClain says. “There’s a reason why these people are in jail, and that’s because they could not follow the guidelines put in front of them. It’s time for politicians to admit that this was a failed experiment and to work with law enforcement on a solution that will keep all of us safe, while at the same time ensuring those who’ve committed a crime are not taking advantage of the uncertain times we’re living in.”

Detective, leader, wife, mother, glass-ceiling breaker: These are all words that… Read More »