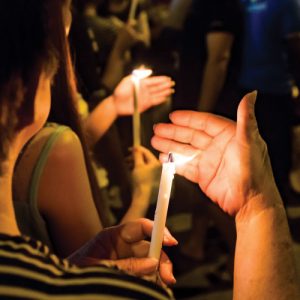 While the coronavirus pandemic has disrupted the lives of people around the world and forced the cancelation of May’s memorial gatherings, it will not stop the law enforcement community from being there for one another on National Peace Officers Memorial Day and during National Police Week as we honor the brave officers killed in the line of duty both last year and throughout history, including Los Angeles Airport Police Officer Tommy Scott, who was tragically taken from us 15 years ago today. From sundown on April 28 to sunrise on April 30, the LAX pylons will proudly glow blue to honor Officer Scott’s sacrifice.

Our current crisis also won’t stop the names of 307 officers — 135 from 2019 — from being added to the National Law Enforcement Officers Memorial and read to those around the world during the virtual candlelight vigil on May 13. For those looking to take part in this year’s online candlelight vigil, please visit the NLEOMF website, where you can register to watch the vigil and show your respects by lighting a virtual candle after making a donation of your choosing.

In some ways, these current times have brought us even closer together and have allowed us to further reflect on all the lives lost. This sacred tradition of remembrance will continue as it has for nearly 60 years as we keep our fallen and their survivors in their hearts throughout the month, especially the California peace officers who lost their lives in 2019 and will now be added to the state and national memorials.

Among those is one of our own, Captain Albert E. Torres of the Department of Recreation and Parks. Torres served with the department for 40 years before suffering a fatal heart attack at the age of 67 while patrolling the parks impacted by the Saddleridge fire. He was as dedicated to the law enforcement profession as they come and was a key figure in addressing the current homelessness crisis. He and all of these other brave men and women served their country and state proudly and will be greatly missed. 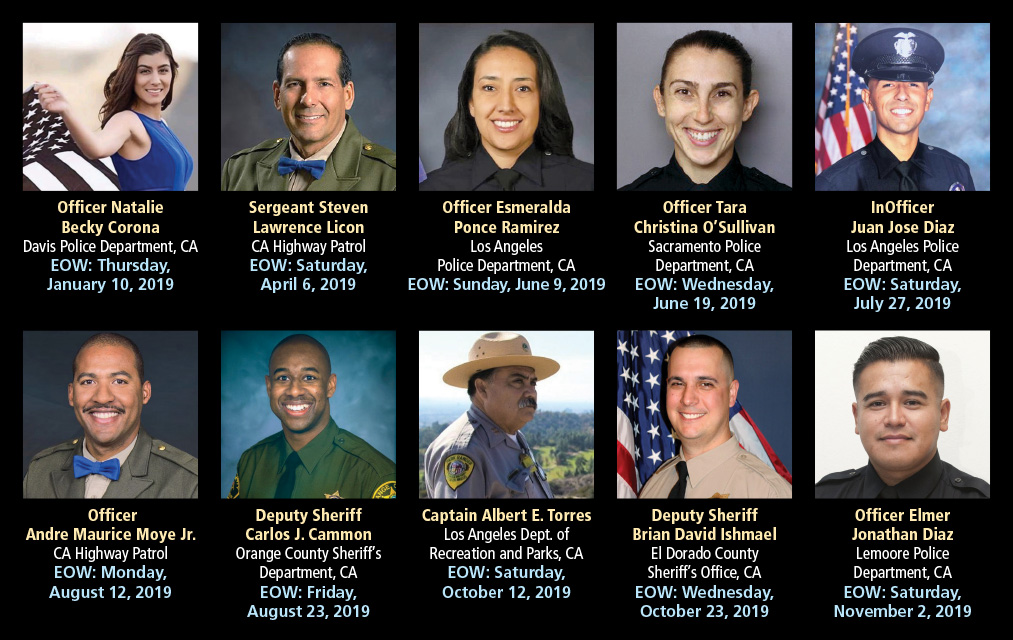 “With so much going on the world today, it’s as important as ever for all of us to come together and pay tribute to the officers who fought so bravely to serve and protect their communities,” says LAAPOA President Marshall McClain. “While all of us are certainly being affected during these stressful times, it’s the families of those who were lost that are being impacted even harder, and we owe it to them to show that their loved ones will never be forgotten. I encourage everyone to take part in this year’s virtual candlelight vigil as a sign of solidarity and to show that nothing can stop us from honoring our brothers and sisters in blue.” 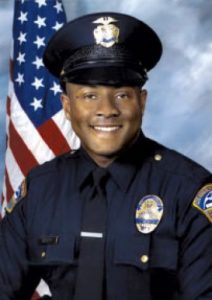 This is also a time when we remember Officer Tommy Scott, who became the first Los Angeles Airport Police officer killed in the line of duty on April 29, 2005. Cherished by friends, family and colleagues for his kindness and contagious smile, Scott worked for 15 years at the Los Angeles County Parks and Recreation Department before serving for four years with the airport police.

While 15 years have passed, his memory and legacy live on, and will continue to do so forever. Since his tragic death, Los Angeles Airport officers have taken part in an annual run around LAX in his honor. The Los Angeles Airport Police Athletics & Activities League (LAAPAAL) also established the Tommy Scott Memorial Scholarship Fund, which has changed the lives of dozens of young people for more than a decade by helping them further their education.

“It is truly a testament to the impact Tommy had on the law enforcement community and those around him that we can come together every year to honor his life and legacy,” McClain says. “His influence will be remembered for generations and we’ll continue to ensure that his name will never be forgotten.”