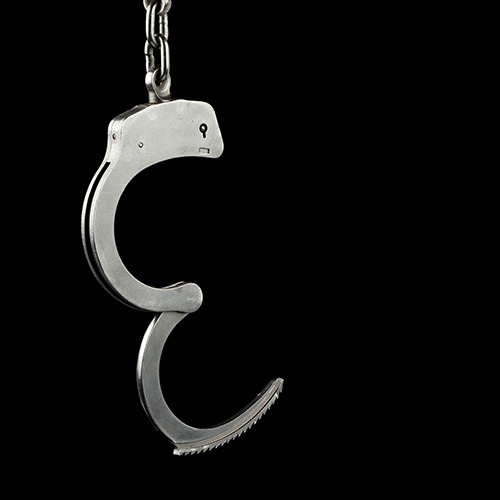 In this three-part series of articles entitled “Never Let a Good Crisis Go to Waste,” LAAPOA will be exploring how the COVID-19 health crisis is affecting public safety operations in California and across the country, with a particular focus on how some officials are using the pandemic as an opportunity to advance harmful criminal justice reform agendas. Don’t miss Part 1 of this series, “The Challenge of Enforcing Social Distancing.”

Attempts to reform the bail system have been brewing in California for years. Back in 2017, LAAPOA spoke out against the flawed SB 10, which eliminated the state’s pretrial cash bail system and replaced it with a “risk-based release and detention system.” The bill was signed into law in 2018, but implementation was put on hold after opponents collected enough signatures to qualify for a statewide referendum in 2020. More than six months before voters had a chance to weigh in, however, zero bail became a reality anyway — thanks to the coronavirus pandemic.

In late March, Los Angeles County temporarily ended cash bail for most misdemeanors and lower-level felonies in an effort to reduce the inmate population and limit the spread of coronavirus in jails. The following week, with courts closing and many trials delayed for weeks or months, the California Judicial Council enacted a similar measure to suspend cash bail statewide until 90 days after Governor Newsom lifts the COVID-19 state of emergency or the council repeals the rule.

The pandemic had accomplished what criminal justice reform advocates couldn’t, crowed former San Francisco District Attorney George Gascon, who’s running for L.A. district attorney in November: “The novel coronavirus has forced our system of justice to confront a not-so-novel question, one that largely defined the criminal justice reform movement even prior to the pandemic: Does keeping huge numbers of people in custody on small-time offenses pose a greater threat to us all than letting them out?”

Many public safety supporters immediately answered, “No.” San Bernardino County Sheriff John McMahon warned that “the effects of zero-bail on the county could be devastating” because it “may further embolden criminals to commit crimes.”

Now, more than a month later, it’s clear that’s exactly what’s happening. While most types of crime have diminished since stay-at-home orders began, police have been sounding the alarm about a dramatic increase in repeat offenders. LAPD arrests were down 37% in April, but repeat arrests went up: During the first 30 days of the new zero-bail system, 213 individuals, about 5% of all those arrested, were arrested multiple times — 23 of them three times or more. Worse still, many of the most extreme examples seem to be in the area of car theft, one of the few categories of crime that’s been on the rise. The L.A. Times reported that one man was arrested on suspicion of grand theft auto four times in three weeks. Glendora police arrested, cited and released a man for theft three times in a single day.

The pattern was similar throughout the state. Bay Area law enforcement officials warned that they saw criminals not only reoffending, but also escalating their behavior due to the perceived lack of consequences. Fremont police cited the example of an individual who was arrested, cited and released for three separate incidents in the days before he finally ended up in jail for attacking three total strangers and punching them in the face. The Alameda County Sheriff’s Office reported arresting one man a whopping seven times since the stay-at-home order went into effect, with the final straw being his attempted carjacking of an Amazon driver. And a coalition of Ventura County law enforcement leaders noted that repeat offenses rose to 8.5% of their total arrests in late March and April, while vehicle theft had increased 85% in six weeks, felony vandalism 25% and misdemeanor vandalism 48%. Given these facts, they petitioned the California Judicial Council in May to modify the zero-bail policy by making eligibility contingent on law-abiding behavior, so that a person cannot be arrested and released more than once. They also asked that anyone with a conviction for a serious or violent felony in the past 10 years be ineligible for release on $0 bail. The Judicial Council declined to make the changes, however, merely responding out that law enforcement can petition the court for bail enhancements if necessary.

That’s at best a Band-Aid fix for a measure rushed into effect without full consideration, that doesn’t allow for much scrutiny of defendants’ records or the risks of releasing them back into the community. While these are unprecedented times and officials may feel they need to act quickly and dramatically to stop the spread of the virus, protecting public health should never come at the cost of public safety. And when flawed emergency decisions are made, they certainly shouldn’t be confused with real criminal justice reform.

“The middle of a pandemic is no time to conduct dangerous social experiments that undermine the rule of law, hamstring our police officers and ignore the rights of victims,” LAAPOA President Marshall McClain says. “Policymakers should listen to law enforcement, consider ways to address the problems in the system and make sure this temporary emergency measure doesn’t continue as the infection curve flattens and the perceived need for drastic steps is over. This experience has demonstrated that, just as we have warned so often in the past, eliminating cash bail amounts to a literal get-out-of-jail-free card that can be exploited by career criminals to continue running rampant in our communities. We hope the public will remember in November and vote accordingly.”