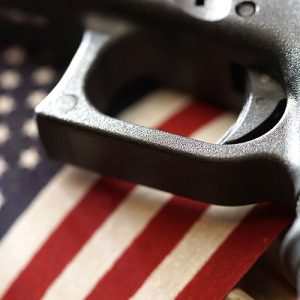 Los Angeles’ park rangers have long advocated for arming themselves as a way to improve safety and better protect the community. However, reluctance from city councilmembers and opposition from top LAPD officials and the public have for decades stymied efforts to alter longstanding city rules. But a recent action by L.A. City Councilman Joe Buscaino signals that change may soon be on the horizon for the Park Ranger Division. On February 11, the councilman introduced a motion to allow park rangers to carry guns, a move many — including LAAPOA — are calling “way overdue.”

LAAPOA Board member Francisco Pimentel knows all too well the need for arming park rangers. Pimentel, who spent many years as a park safety officer and park ranger beginning in 1989, says he’s been shot at on more than one occasion while on field assignments, leaving him with few options for self-defense.

“I’ve had to wrestle a gun out of a suspect’s pocket and have taken down suspects who have violently attacked other rangers,” says Pimentel. “The biggest benefit this [proposal] would bring is safety. Park rangers patrol many parks in bad neighborhoods and high-crime areas and need the tools to keep themselves and others safe.”

Park rangers also patrol and handle calls for service at beaches, campgrounds and historical sites as well as many popular attractions, such as the Greek Theatre, Griffith Observatory, L.A. Zoo and the Hollywood sign. Coming into contact with hundreds of people each day leaves park rangers vulnerable to potentially dangerous and hazardous situations, Pimentel says.

“The Park Ranger Division and city of Los Angeles have been very fortunate to have not lost a ranger in the line of duty due to their history with violent encounters, nature of their work and the areas in which they work,” he says. “Some rangers have been shot at or have even been targets of street gangs in certain neighborhoods. With today’s surge in mass shootings and active-shooter incidents throughout the country, now is more important than ever to arm our rangers.”

Pimentel points to a lack of support and general understanding from both city and community leaders as a key reason behind why efforts to arm park rangers have failed in the past. “The community and some city officials have this perception that rangers are naturalists and not law enforcement officers,” he says. “They don’t know, understand or care that rangers have the same authority and level of training as police officers and as such, do more enforcement in parks than any other uniformed agency in the city of Los Angeles.”

While safety and protection are chief reasons for passing the initiative, LAAPOA Board member Sean Kleckner takes the importance of arming park rangers a step further. “If this were to go through, it would finally end a decade-long fight of losing highly trained and skilled officers to other local law enforcement departments due to attrition,” he says. “The Park Ranger Division has historically struggled to keep its park rangers because shortly after our officers complete the police academy, they are placed deep into our city’s urban, and at times remote, parks where the harsh reality of performing routine patrols without the full scope of tools we trained with at the academy becomes alarmingly apparent.”

Despite challenges faced in educating community leaders and getting the initiative to move forward in the past, Kleckner says this year the stars have aligned to make a monumental and necessary change possible. “Previous efforts to arm Los Angeles’ park rangers were subject to failure and stalled proceedings due to a lack of strong and supportive representation by a previous union, the pushback of past Recreation and Parks general managers, the lack of a chief park ranger with the necessary sphere of influence to effect such a change and the failure of a cohesive unified voice in support of being armed by the park rangers themselves,” he says. “Now, rangers are being supported and have appropriate representation from LAAPOA to adequately reflect the interest of peace officers, the support of Recreation and Parks General Manager Michael Shull, a well-connected and experienced Chief Joseph Losorelli and a united park ranger officer core, and all share the desire to become armed.”

The proposal, which will head to a council committee focused on parks for further review, has the potential to be passed after the primary election on March 3. In the meantime, meetings with council offices will press on in order to ensure a policy of arming park rangers for the city of Los Angeles is in the near future.

“For too lon­g, the highly trained Park Ranger Division has faced the difficult obstacle of protecting the community without a way to protect themselves from the dangers of the job,” says LAAPOA President Marshall McClain. “LAAPOA fully stands behind and supports our park rangers during their quest to become armed once and for all.”