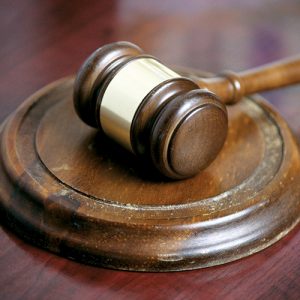 The new year ushered in more than the start of a new decade — it welcomed an abundance of new laws. On January 1, hundreds of the nearly 1,200 laws that emerged from the first half of the 2019–2020 legislative session went into effect, and many of them deal with an array of issues that affect the law enforcement profession, including use of force, firearm restrictions and drone usage.

With only the first month of 2020 down, there’s still plenty of time to familiarize yourself with some of the new laws. From criminal justice to the workplace, here’s a roundup of legislation relevant to our membership. Please note that some bills went into effect immediately, while others won’t go into effect until a later date.

AB 392 and SB 230: Use of Force
Throughout last year, LAAPOA provided extensive coverage on the battle over use of force, which culminated in two separate but complementary bills — AB 392 and SB 230. AB 392 changes the state standard for when officers can use lethal force from “reasonable” to “necessary” and prohibits police from opening fire on fleeing felons who don’t pose an immediate danger. SB 230 mandates law enforcement agencies to establish policy guidelines that comply with the new state standard to use deadly force only when “necessary” by no later than January 1, 2021. It also establishes uniform use-of-force training programs that reflect the new standard; requires that officers be trained on de-escalation techniques, crisis intervention tactics and alternatives to force, as well as when deadly force can be employed; and makes use-of-force policies and procedures accessible to the public.

AB 32: No More For-Profit Prisons
The bill prevents the state from entering into or renewing contracts with for-profit prison companies after January 1, and phase out such facilities by 2028.

SB 22: Rape Kit Testing
Sexual assault evidence collected through rape kits must be submitted to a crime lab within 20 days and tested within 120 days.

AB 1762: Dog Areas
The California Department of Parks and Recreation has until July 1, 2020, to establish a comprehensive list of state parks that allow dogs, including the specific areas that allow dogs and the total miles of trails that are open to dogs.

SB 8: No Smoking
Smoking and vaping are now prohibited in most parts of California state parks and beaches. Those who break the law are subject to a $25 fine.

AB 61: Gun-Violence Restraining Orders
Starting September 1, employers, co-workers and teachers will be able to seek gun violence restraining orders against other people. The gun safety measure signed by Governor Gavin Newsom last year goes further than one signed by former Governor Jerry Brown, which allowed only law enforcement officers and immediate family members to ask judges to temporarily take away peoples’ guns when they are deemed a danger to themselves or others.

AB 339: Policies and Standards for Gun-Violence Restraining Orders
Law enforcement agencies must develop and adopt written policies and standards regarding the use of gun violence restraining orders.

AB 1548: Protecting Houses of Worship
Nonprofits “that are at high risk of terrorist attack due to ideology, beliefs or mission” (e.g., mosques, churches and synagogues) can apply for state grants of up to $200,000 to increase onsite security.

SB 78: Mandatory Health Insurance
All Californians must have health insurance or pay a penalty. This law replaces the Affordable Care Act mandate eliminated by the Trump administration; however, penalties won’t go into effect until 2021.

AB 375: Online Privacy
The California Consumer Privacy Act (CCPA) allows people to have more control over their data on the internet, as it allows any consumer to demand to see all the information a company has saved on them, as well as a full list of all the third parties that data is shared with. The law also gives consumers the right to reject the sale of their information and the right to delete their data.

AB 1129: No Drone Zones
The state will bar surveillance by drones, UAVs and other electronic equipment in places where people have a reasonable expectation of privacy.

AB 51: Arbitration Agreements
Employers can’t require their workers to agree to mandatory arbitration as a condition of employment.

For more information on these and many other laws, check out coverage from The Los Angeles Times, The Sacramento Bee and ABC7.