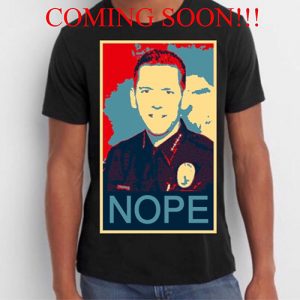 LAAPOA’s strong disdain for the leadership of Deputy Executive Director of Law Enforcement and Homeland Security David L. Maggard Jr. is no secret. Since he first joined the City of Los Angeles in 2015 as the assistant chief of LAXPD, we have repeatedly called attention to his questionable management style. However, despite our concerns, in the five years of his employment, he has been promoted twice — from assistant chief to chief in 2016, and then from chief to his current director position in 2019. The latter appointment was reportedly a result of a “nationwide” search by LAWA to fill the important position, which provides leadership management and policy direction to all law enforcement and security staff at Los Angeles International Airport (LAX) and Van Nuys Airport (VNY). We were quick to voice our opposition to the promotion, citing, in addition to his lack of leadership ability, the unprecedented number of lawsuits filed against him during his short tenure.

During the last two years, more employee-generated complaints, grievances and lawsuits have been filed involving Maggard than all other airport police chiefs combined. While the complaints have been far-ranging, the common denominators are retaliation, discrimination and race. These lawsuits are top of mind for both LAAPOA and Los Angeles World Airports (LAWA); in fact, pending employment litigation against the City of Los Angeles was recently discussed at a special meeting of the Board of Airport Commissioners (BOAC). (You can review the pending cases by clicking here.) The City has zero-tolerance policies for discrimination, harassment and retaliation — yet, despite all the complaints levied against Maggard, BOAC and LAWA management sent a letter to LAAPOA following the meeting stating that after reviewing the litigation, “no confirmation of a pattern or practice of racial inequity, discrimination or improper management” by Maggard was found.

“It is clear that the BOAC, LAWA management and their paid consultants have chosen to circle the wagons around a person who believes in ruling by threats, intimidation and retaliation,” says LAAPOA President Marshall McClain. “Maggard has stated in the past, ‘Like it or not, my leadership style is autocratic, period.’ That alone should raise a red flag as to the type of leader he is.”

In January 2019, LAAPOA conducted an LAXPD management survey independent of the department that revealed the exact opposite of the BOAC and LAWA management’s determination. In the survey, we asked the rank and file to rate the leadership capabilities and qualities of Maggard as well as other department leaders in his regime. About 80% of the department’s officers completed the survey, and the responses for Maggard made clear his lack of effectiveness as a leader. His leadership, accountability, fairness, character and concern for officers all received overwhelmingly negative responses. (The full results of the survey are viewable here.)

His “autocratic” style of management was also embraced by likeminded department leaders, creating management that was petty, unprofessional, difficult to work with and unreceptive to the needs of other officers — 7 out of 10 officers indicated they were not in favor of or had little to no confidence in the effectiveness and integrity of the Maggard regime.

Even with this knowledge, LAWA still had confidence in its decision to promote Maggard. Former CEO Deborah Flint said in a statement that Maggard would provide the leadership necessary to “anticipate and adapt to innovations and emerging threats in the security landscape” for our city’s airports. The statement was all praise; she failed to mention any of the pending lawsuits against him.

“We’ve said it before and we’ll say it again: LAAPOA demands a leader with integrity, dedication and respect,” says McClain. “Maggard’s received the most complaints of any chief in the history of the LAXPD. His track record shows a blatant disregard for our officers and the important work they do to keep our airports safe. He has created a culture where disrespect and intimidation have become acceptable to airport and airport police management. We will not tolerate this abuse of power any longer.”

To show our opposition to Maggard, LAAPOA has created Shepard Fairey–style “NOPE” T-shirts featuring Maggard’s police chief headshot. They will be available soon for purchase by our members, nonmembers who support the “no confidence” and end to Maggard’s tyrannical reign in Los Angeles, or those who simply would like an iconic T-Shirt or an early holiday stocking-stuffer gift. Stay tuned at LAAPOA.com for details.