Los Angeles World Airports (LAWA) announced last week that after a nearly three-month nationwide search, Chief of Airport Police David L. Maggard has been named Deputy Executive Director for Law Enforcement and Homeland Security, effective August 5. Maggard, who is promoting to fill the position vacated by the retirement of Patrick M. Gannon in May, will also continue to serve as LAXPD Chief until his replacement is named.

In a statement released by LAWA, Chief Executive Officer Deborah Flint justified the Board of Airport Commissioners’ (BOAC) appointment, stating that Maggard would provide the leadership necessary to “anticipate and adapt to innovations and emerging threats in the security landscape” of LAX and Van Nuys airports. She also lauded Maggard for his “strategic, forward-thinking vision.”

However, absent from the celebratory announcement was the fact that there are an unprecedented number of lawsuits that have been filed against Maggard and airport executives. The far-ranging complaints include gender and racial discrimination, Americans with Disabilities Act (ADA) violations, retaliation and much more.

LAAPOA has been voicing concerns about Maggard’s questionable leadership since he joined the department in 2016, but the BOAC has failed to listen and take the steps necessary to address the deficiencies rampant in the department. So it’s no surprise that throughout this administration many law enforcement personnel have told LAAPOA that they feel that the leadership has become petty and unprofessional, difficult to work with and under, and not receptive to the needs of officers.

With so many pending lawsuits and unaddressed complaints, LAAPOA decided to take a proactive measure to help our officers. Back in January, we conducted an LAXPD management survey independent of the department, asking our members to rate the leadership capabilities and qualities of department leaders. The results of the survey painted a grim picture of the department — and the responses for Maggard were overwhelmingly negative, as seen below in some of the feedback we received from members: 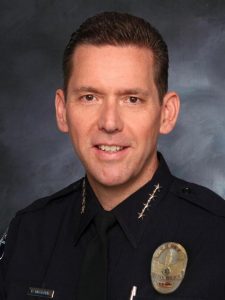 LAAPOA informed CEO Flint about the survey results after they were calculated and let her know of our plans to disseminate them widely. Out of deference to CEO Flint, LAAPOA delayed sharing the results publicly until after LAWA finished conducting its nationwide search to fill the Deputy Executive Director for Law Enforcement and Homeland Security position.

Despite knowing of LAAPOA’s impending vote of no confidence for him, the CEO decided to promote Maggard for the second time in as many years. Our officers’ verbal, formal and legal complaints, along with our survey data, had fallen on deaf ears.

Maggard’s new role requires that he provide leadership management and policy direction to all law enforcement and security staff at Los Angeles International Airport (LAX) and Van Nuys Airport (VNY). The survey of the officers he leads speaks to his record and tenure in those areas.

“This survey paints a picture of the lack of integrity, fairness, effectiveness and leadership that our members have experienced under Chief Maggard,” says LAAPOA President Marshall McClain. “Yet, with this decision, airport management is sending the message that everything he has done so far is not only acceptable, but promotable. Furthermore, they’re handing him the power to help select a successor who might be inclined to follow in his footsteps.

“We hope our survey data galvanizes our members and supporters to show up to the next BOAC meeting on Thursday, August 1, and have their voices heard by airport management,” McClain continues. “With so many breakthroughs in workforce respect over the last year or so, it is disappointing that Maggard’s actions are being rewarded.”