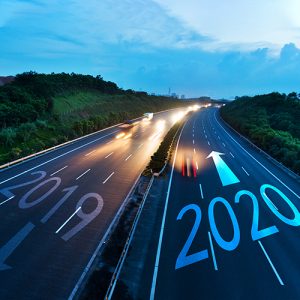 LAAPOA contended with a wide variety of issues in 2019. In addition to spreading the word about initiatives we’re working on, the BOLO e-newsletter, press releases and other communications kept members, supporters, political leaders and the media informed with an expert perspective on broader airport policing topics, state political and legal developments, and concerns affecting the law enforcement profession nationwide. In case you missed anything, here’s a look back at the topics we brought to the forefront throughout the past year.

Advocating for Our Members

In April, LAAPOA negotiated two new four-year collective bargaining agreements for MOU #30 (LAXPD) and MOU #28 (MPOs), closing the gap for pay parity of our members with that of other public safety professionals in the city of Los Angeles. As 2019 closed, the association also wrapped up negotiations for our newest members, the L.A. City Park Rangers, for a contract that will also close the gap in salary. After confirmation from the Executive Employee Relations Committee (EERC), LAAPOA will disseminate the tentative agreement to those affected members for a vote. In the new year, the association will also work with Chief Park Ranger Lossoreli on arming the Park Rangers. In addition, LAAPOA looks forward to the much-anticipated actuarial being completed, so we can finally move forward with achieving the same sworn retirement benefits as other sworn public safety professionals in the city of Los Angeles.

Continuing our commitment to helping members grow both personally and professionally, in August LAAPOA introduced a new benefit available to LAXPD officers and other LAWA employees: LAXPD University, which offers tuition reimbursement for qualifying personnel to enhance their job proficiency through education and training.

LAAPOA also kept readers abreast of the leadership changes at LAXPD and LAWA that unfolded throughout the year. In April, after Deputy Executive Director of Public Safety and Security Patrick Gannon announced his retirement, LAAPOA looked back on his career and accomplishments and committed to working with LAWA on a seamless leadership transition. When it was announced in July that Chief of Police David Maggard would be named as Gannon’s replacement, LAAPOA voiced its strong opposition to the promotion, pointing out ongoing concerns about Maggard’s leadership and the unprecedented number of lawsuits filed against him during his tenure. LAAPOA also released the results of its survey of members about LAXPD management, which painted a grim picture of the Department and showed overwhelmingly negative responses regarding Maggard’s fairness, leadership, concern for officers, character and accountability. As the search for a new chief began, LAAPOA called on LAWA to choose a candidate who would lead with integrity, dedication and respect. That call was heeded, and in October, LAAPOA commended the appointment of Cecil Rhambo, whose experience and diverse background are an ideal fit for the specialized policing needs and culture of LAXPD. Issuing a warm welcome upon his November 6 swearing-in, LAAPOA summarized the many opportunities and challenges that lie ahead for LAX — including a series of high-profile events and continuing unprecedented expansion — and expressed confidence that Chief Rhambo is an inspiring choice to advance the Department into the future.

In November, the leadership changes continued when LAWA CEO Deborah Flint announced she was leaving her position. Looking back at her accomplishments, LAAPOA thanked Flint for her prioritization of public safety and expressed disappointment about her departure at such a critical time in policing history at LAX and Van Nuys airports. That month, LAAPOA also highlighted the Department of Transportation’s Airport Improvement Program (AIP) grants, which provide significant funding for upgrades at airports across the country. It is important that LAX advocate for its fair share of these funds in order to ensure passenger security and continue its role as a leader in groundbreaking capabilities.

As the beginning of 2019 saw several anti-police laws take effect in California, LAAPOA advocated for a measure that would really make a difference in public safety: a ban on bringing loaded firearms to airports, where more and more guns are being found in travelers’ luggage at checkpoints nationwide, increasing the risk of something going tragically wrong.

January was a rough month for aviation security; not only did the longest federal government shutdown in U.S. history impact critical FAA and TSA operations, but a drone scare also brought Newark Liberty International Airport to a standstill. LAAPOA pointed out that these events show how seemingly isolated incidents can have far-reaching effects on the security of our airports and our national transportation infrastructure, and much more needs to be done to fix the vulnerabilities in our system.

The effect of drones on airports continued to be a hot topic throughout the year. In March, LAAPOA examined both the security benefits and threats of unmanned aerial systems, reviewing what airports are doing to address safety concerns and expressing support for LAX’s vision of being the nation’s first airport to set up a counter-UAS system.

Checkpoint security also continued to make headlines in March, when the Port Authority of New York and New Jersey Police Department arrested a man who pushed his way through a security checkpoint at John F. Kennedy International Airport while carrying a handgun loaded with three bullets. Then, in June, several TSA agents were injured at Phoenix’s Sky Harbor Airport when a man attempted to rush through the security checkpoint. In both instances, pointing out that assaults at checkpoints are on the rise, LAAPOA and our partners at the American Alliance of Airport Police Officers (AAAPO) renewed the call for airport police officers to be stationed within 300 feet of TSA security clearance to increase protection.

In May, the Los Angeles Times reported that LAX has become an expanding hub for the illegal export of California cannabis, with a whopping 166% surge in pot smuggling arrests since legalization began. LAAPOA reminded readers of the laws surrounding carrying marijuana at the airport and on airplanes, and pointed out how many of the promised benefits of legalization have failed to materialize and instead emboldened criminal traffickers, placing additional strain on limited law enforcement resources.

Another frequent subject in the news this year was biometric technology. Many local and state governments explored limiting its use due to privacy concerns, while the TSA and CPB experimented with its application to strengthen the airport screening process. In June, LAAPOA provided an overview of recent developments in biometric policies at LAX and throughout California, cautioning that the tech should not be a substitute for human personnel, but does offer a valuable and necessary addition to the law enforcement toolbox that should not be limited by lawmakers.

With an unprecedented number of passengers set to take to the skies over the summer, LAAPOA shared guidelines on how to travel smart and stay safe, including home security measures, proper packing, planning ahead and staying vigilant. When the winter holiday travel season again promised to set records, LAAPOA provided an overview of recent traffic management changes at LAX and tips on getting to and through the airport smoothly and securely.

In April, LAAPOA provided members with a case law update on marijuana search and seizure issues in the wake of Proposition 64, explaining how the recent court decision of People v. Fews ruled that evidence of marijuana can still be probable cause for a warrantless search of a person or vehicle.

Also in April, as the battle over police use of force continued at the State Capitol, LAAPOA made the case for SB 230 as a safe and sane measure that would set a clear and enforceable standard for authorizing use of force and mandate training for all California law enforcement agencies. The following month, events took a surprising turn when SB 230 and its competing use-of-force bill, AB 392 (which sought to redefine the legal standard for when lethal force should be used), were linked by lawmakers in an attempt to reach a compromise and bring law enforcement organizations and civil liberties advocates back to the negotiating table. LAAPOA kept members apprised of the complex political issues and hailed the unexpected development as progress toward reform. In July, when it looked like only AB 392 might be headed to the governor’s desk, LAAPOA explored how such measures make officers too afraid to do their jobs out of fear of being judged and demonized, leading to a failure to act during emergencies that can put both themselves and the public in danger. LAAPOA again called for support for SB 230 as a necessary balance providing officers with the tools they need to create training and protocols to help them better react in dangerous situations. Finally, on September 12, Governor Newsom signed SB 230 into law. LAAPOA provided an analysis of how the law will benefit law enforcement officers and set a national precedent in community policing.

On the eve of the California Peace Officers’ Memorial ceremonies, LAAPOA remembered the state’s fallen officers, examined recent statistics on line-of-duty deaths and reminded readers that officer safety measures should be of paramount importance. Two weeks later, we joined with AAAPO in marking National Police Week 2019, reviewing the memorial events and thanking those who took the occasion to honor law enforcement.

In July, LAAPOA joined AAAPO in hailing President Trump’s signing of legislation reauthorizing the September 11th Victim Compensation Fund, which extended aid for first responders, their families and other victims who continue to suffer the devastating aftereffects of the 9/11 attacks on the World Trade Center.

Later that month, LAAPOA issued a reminder about the importance of not rushing to judgment in the aftermath of an officer-involved shooting, pointing to the examples of several recent incidents that demonstrated how misinformation and biased assumptions can lead to the public accusing police of abuses that later prove to be false.

In August, in the wake of the devastating string of mass shootings in Gilroy, El Paso and Dayton, LAAPOA explored the connection between violent video games and real-life gun violence, cautioning that implementing strict gun-control measures is not a panacea and calling on lawmakers to address the glorification of violence in our culture.

As the nation observed Veterans Day in November, LAAPOA honored those who have served our country during war or peacetime, and especially those who continue to serve their communities as members of law enforcement. Analyzing the many issues faced by veterans, including PTSD and other emotional stresses, LAAPOA called for continued support for mental health and wellness for veterans and law enforcement.

As LAAPOA prepares to take on the challenges and opportunities that await in 2020, we look forward to further steps toward enhancing public safety for all.

Remaining United Through the Ups and Downs of 2021

While many in law enforcement hoped the new year would bring a return to normalcy,… Read More »

Serving the Aviation Community for 75 Years

After a challenging 2020, LAAPOA is thrilled to be starting the new year on a high… Read More »

Looking Back on an Unprecedented Year

LAAPOA contended with many difficult issues in 2020 due to the COVID-19 pandemic,… Read More »

We Have Much to Be Thankful For

By Marshall McClain Thanksgiving is here, but for many, it’s hard to be in a festive… Read More »