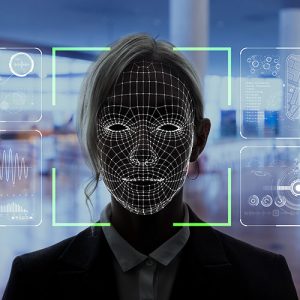 Advancements in technology are no doubt changing the way we secure our nation’s airports. Most visibly, the use of biometric screening — tools that measure unique physical characteristics in the form of facial, eye and fingerprint scans — is growing fast. Not only are airlines using facial-recognition systems to speed up the boarding process, but the Transportation Security Administration and U.S. Customs and Border Protection have also been experimenting with the technology to strengthen the airport screening process.

Just last summer, LAX participated in a pilot program with the two federal agencies to monitor travelers flying out of the Tom Bradley International Terminal. Customs officials took photos of international travelers prior to their screening, using cameras with built-in facial recognition technology. Once recognized by the camera, the travelers’ faces were then matched up with data collected by government agencies of each foreign national who enters the country. According to customs officials, the technology helps identify foreign travelers who may be wanted for crimes, in violation of visa status or using fake passports. By implementing biometrics, TSA chief David Pekoske said, “TSA is taking steps to raise the baseline for aviation security and using technology to improve and streamline the passenger identification process … Ultimately, we believe this will lead to better security, faster.”

However, LAAPOA President Marshall McClain cautions against over-reliance on the technology, saying that we should be mindful of the value of the current safeguards we have in place.

“While these advancements have the potential to protect our travelers on a whole new level, we must caution against apathy during security screenings,” says LAAPOA President Marshall McClain. “It’s important to remember that biometrics are not a substitute for humans. Our human safeguards — TSA agents, LAXPD and Van Nuys Airport Police — have the invaluable training, knowledge and experience needed to ensure the safety and security of our airports, and they can interact with the public in ways machines can’t.”

The once-pilot program, now called Biometric Exit, is currently being used in the nation’s top 20 airports, and the number of airports implementing the technology is growing. The Department of Homeland Security says that it expects facial recognition will be used on 97% of departing passengers in the next four years.

Despite its potential for increasing the safety of travelers and stopping would-be criminals, civil liberties advocates argue that biometric technology is an invasion of privacy, saying that it “tracks” individuals and creates a searchable database for law enforcement. While the use of the technology shows no signs of slowing down at our nation’s airports, the concerns held by privacy and civil liberties advocates are not solely relegated to the federal government’s use of the technology. These advocates are fighting against law enforcement’s use of biometrics at the state and local levels as well. Recent legislation in California shows that backlash from such groups and likeminded lawmakers could soon dictate how and when police use the crime-fighting tool in the future, with San Francisco leading the way.

Last month, the California state Senate announced that it was considering legislation that would ban law enforcement’s use of biometrics in body cameras. Assembly Bill 1215 by Assemblymember Phil Ting (D–San Francisco) would prohibit a law enforcement agency or law enforcement official from installing, activating or using any biometric surveillance system in connection with an officer camera or data collected by an officer camera. Ting said the technology is inaccurate and misidentifies people, especially minorities, citing how Amazon’s Rekognition technology incorrectly identified 28 members of Congress as people in a mug shot database. His concerns on how the technology intrudes on constitutional rights to privacy mirrors those voiced by the American Civil Liberties Union (ACLU), one of the bill’s key supporters and a group that strongly opposes airports’ use of facial recognition.

This legislation comes at the heels of San Francisco’s first-of-its kind ban on the use of facial recognition software by police and other city departments, part of broader legislation that requires city government to establish use policies and get approval to use surveillance technology. According to advocates for the legislation, the ban prevents the creation of a police state and creates a culture of transparency in which the public is aware of how such technology is being used.

Our statewide partner PORAC and other law enforcement groups stand in opposition to the legislation, stating that the number of dangerous crimes that have been prevented by the use of facial recognition technology completely justifies its continued use. The California State Sheriffs’ Association says that SB 1215 would take away much-needed tools that could increase public safety and help investigations.

“LAAPOA is in agreement that we should retain tools that will help our officers do their jobs, not take them away,” McClain says. “To just automatically take a position that the technology is bad based upon a biased opinion of law enforcement is wrong. Law enforcement is not trying to create a ‘Big Brother’ environment — rather, it’s trying to embrace the future and tools that will help catch criminals faster.

“All this legislation is doing is creating another hurdle for law enforcement that prevents officers from doing their jobs,” continues McClain. “Our profession must fight for tools that allow us to take a proactive stance against crime, while also reminding policymakers that those tools are simply that: instruments that can enhance, but never replace, the experience and instincts of trained peace officers.”

LAAPOA will continue to work closely with PORAC, monitor the legislation affecting police use of biometric technology and update our members on the developments that affect them.