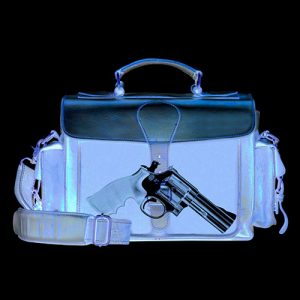 Every new year ushers in new laws, and 2019 is no different. Unfortunately, a couple of laws taking effect this year are results of the tough legislative session law enforcement faced in 2018. One such measure that began January 1, Senate Bill 1421, now makes public the police records involving investigations of officer-involved shootings, sexual misconduct or perjury. Another new law, Assembly Bill 748, effective July 1, requires videos of officer-involved shootings to be made available to the public within 45 days of the event.

“These anti-police bills criminalize our officers for simply doing their jobs, and the anti-police mood in in our state’s capital continues with the Sacramento Bee writing an article focusing on the body camera of an officer falling off during a foot pursuit rather than the fact the felon had tried to murder the officer,” says LAAPOA President Marshall McClain. “Instead of biased reporting and biased laws coming out of Sacramento, a law I’d rather see is a ban on the public bringing loaded firearms to airports.”

More and more, guns have been seized at airport security checkpoints nationwide. A Transportation Security Administration spokeswoman said in late November that the number of confiscations in 2018 will surpass the record 3,957 firearms found in carry-on bags in 2017. This is an increase of 17% from 2016, averaging out to nearly 11 firearms per day. What’s alarming is that nearly 85% of those guns in 2017 were loaded.

Granted, some of those firearms weren’t meant for air travel. Many culprits say their spouse packed their carry-on for them and they didn’t know the gun was in it, or they claim they forgot they were carrying a gun in their bag. That’s what happened with actor David Henrie, who tweeted in September that he had “unintentionally brought my legally owned gun” to LAX after he was arrested for having a gun in his possession.

Other people simply aren’t aware that bringing a gun to a security checkpoint isn’t allowed even if they have a concealed-carry permit. As long as firearms aren’t prohibited items, it’s not hard to imagine why the public thinks it’s OK to bring a gun to the airport. (They’re permissible in checked luggage — unloaded and in a locked hard-sided container — but not in carry-ons.)

“There is no reason why a member of the public needs to bring a loaded gun onto airport property,” McClain says. “It increases the risk of something going tragically wrong. For everyone’s safety, either pack the unloaded firearm in a lockable container to be checked or, better still, if you don’t absolutely need it at your final destination, leave the gun at home,” he urges.

Furthermore, a Los Angeles Times analysis found that when passengers are caught with guns, they rarely are seriously penalized. Henrie, for instance, was sentenced to 20 days of community labor and to attend a gun safety class. He also received two years of probation but isn’t required to check in regularly with a probation officer.

The Los Angeles City Attorney’s Office can order a maximum sentence of six months in jail, $1,000 in fines and other punishments, the Times reported. And the TSA could impose $13,333 in civil fines and refer the case for criminal prosecution.

“We do not need another tragedy to remind us that loaded guns have no place at the airport,” McClain says, noting that a TSA agent was killed in a deliberate shooting at LAX five years ago. “Sadly, nothing has changed since then.”

LAAPOA supports harsher penalties for passengers who knowingly or unknowingly bring a loaded firearm in their carry-on. “They need to realize that public security is not a matter to be taken lightly — and the penalties shouldn’t be either,” McClain says.

“As always, our officers do our best to protect the aviation and surrounding communities. But some help from legislators and prosecutors would be appreciated.”

As part of LAAPOA’s efforts on behalf of our members, we will continue to advocate on specific issues pertaining to criminal reform measures and pending legislation on the national, state and local level.