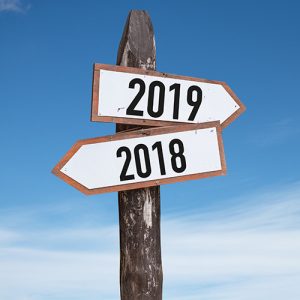 Events at LAX, in the world of aviation security and throughout the entire field of law enforcement continued rapidly evolving in 2018, and LAAPOA was there to meet them head-on. Along with our partners in the American Alliance of Airport Police Officers (AAAPO), we stayed at the forefront of the manifold issues facing us, continuing to speak out as experts on airport policing and advocate for public safety at the local, state and national levels. In case you missed anything, here’s a look back at many of the crucial topics we addressed in our press releases and e-newsletters during the past year.

Many public safety issues we tackled in 2018 reaffirmed that our nation’s airports and other public gathering places remain vulnerable to both inside and outside threats. While great strides have been made to increase security measures at LAX and elsewhere, it’s evident that our attention on issues of police staffing, equipment and safety can never wane — not even for a day.

In February, the aftermath of the mass shooting at Marjory Stoneman Douglas High School in Parkland, Florida, prompted LAAPOA to address the ineffectiveness of gun control and the vulnerability of our schools. We stated that gun laws won’t put an end to gun violence and called on legislators to invest their energy in initiatives that support increased school police presence and active-shooter training.

In March, LAAPOA and the Los Angeles Airport Police Supervisors Association (LAAPSA) met for the first time in more than 20 years for an airport police summit, where both organizations addressed concerns about staffing and equipment, promotions, compensation and more. LAAPOA and LAAPSA hope to further collaborate in the future to solve issues raised by their respective members so that they can continue to effectively uphold Los Angeles World Airports’ “gold standard” of service.

In May, LAAPOA applauded the Los Angeles Board of Airport Commissioners’ approval of a new airport police facility at LAX. For years, LAAPOA had been pushing for a new facility to keep up with the safety needs of the massively expanding airport.

As it was revealed that the Fort Lauderdale–Hollywood International Airport shooter researched the layout of LAX three days prior to the shooting in Florida, LAAPOA reflected on the proactive security measures LAX has taken since the November 2013 airport shooting.

In August, AAAPO cautioned against complacency in fighting inside and outside threats at airports after an airport ground worker took a Bombardier Q400 turboprop plane from the Seattle–Tacoma International Airport and crashed it on Ketron Island in Tacoma, Washington.

At LAX, an incident involving a man transporting a truck filled with numerous defunct WWII-era firearms highlighted the negative impact of LAXPD management cutting staff by 20%, as the officers’ delayed response to the scene caused massive traffic buildup. LAAPOA argued that more officers are needed, not fewer, to respond to situations threatening airport security in a timely manner.

This year, LAAPOA vehemently protected and explored ways to advance the law enforcement profession. Many of our messages defended officers against negative attacks and provided recommendations on how agencies can bolster recruitment and retention, training initiatives and more.

In February, President Marshall McClain spoke out against the negative portrayal of LAXPD in an episode of FOX’s 9-1-1, where officers were shown incapable of securing the airport after a plane crash. McClain set the record straight by outlining the extensive training that all LAXPD officers undergo and offering a real-life example to the show’s creators to help them better understand how officers do their jobs and take their roles seriously.

LAAPOA and AAAPO denounced “Making Black Lives Matter in Schools,” an anti-police demonstration co-sponsored by United Teachers of Los Angeles, Black Lives Matter, the American Civil Liberties Union and other groups. The groups mobilized students by stating that their school police officers were racist and disproportionately targeted students of color. LAAPOA and AAAPO argued against these false claims, stating that the demonstration created divisions instead of uniting people to find solutions to keep children safe.

In April, LAAPOA made the case for why agencies nationwide should shift their recruitment strategies to focus on millennials, saying that adapting policing to meet the needs of the next generation will create not only officers who are passionate about their jobs, but also new leaders who will fight for more funding, advanced training and better equipment in the future.

In June, LAXPD announced that it was hiring to keep up with the rapidly expanding airport. We supported the recruitment efforts by stressing the important role LAXPD officers play in keeping one of the world’s busiest airports safe and providing more details about benefits and job requirements.

In July, LAAPOA wrote a speculative article on what LAXPD could accomplish if it promoted management from within, invested in recruitment and retention, and budgeted for police cars and other much-needed equipment upgrades in the hopes of inspiring funding discussions within the department.

In October, LAAPOA analyzed data released by the U.S. Department of Justice’s Bureau of Justice Statistics (BJS) showing a significant drop in police-initiated contacts with the public and a dangerous decline in proactive policing. LAAPOA argued that anti-law-enforcement legislation and media scrutiny have criminalized officers for doing their jobs, and as a result, officers are now second-guessing their actions during contacts, placing their lives and the safety of our communities at risk.

In addition to fighting for improved employment conditions for its members, LAAPOA dedicated many BOLO e-newsletters to safeguarding members’ health and wellness and to breaking down how state and national legislation and court decisions affected law enforcement and public employee benefits.

We started the year ensuring that our members knew how the Tax Cuts and Jobs Act would affect them and their families. The $1.5 trillion tax cut capped property tax deductions, eliminated home-equity loan deductions, expanded medical expense deductions and more.

Also in January, we raised awareness on police officer suicide to help erase the stigma associated with mental health issues in the profession. LAAPOA called for more funding to be put into comprehensive mental health programs and initiatives, such as suicide prevention, chaplaincies and peer support.

In April, we exposed AB 931 and why it was a bad idea for policing. If passed, the legislation would have raised the state standard for officers’ use of lethal force from “reasonable” to “necessary.”

In May, we dispelled popular myths about the pension crisis that lawmakers have been using to justify reducing public employee benefits. We presented facts showing that public workers don’t receive generously funded retirements, and that LAXPD officers’ salaries and benefits are derived from airport landing fees, so they are in no way a burden to the City’s General Fund and don’t impact county or state tax dollars.

In July, LAAPOA welcomed Governor Jerry Brown’s passage of SB 866, California’s response to the Janus decision. The law requires employers to allow for payroll deductions for union dues, prohibits employers from discouraging employees from joining a union and more.

LAAPOA also raised awareness on the dangers of toxic air contaminants released from planes and other transportation that could negatively affect the health of officers.

In August, LAAPOA commented on the unprecedented number of lawsuits filed against LAXPD Chief David L. Maggard Jr., stating that many of the complaints, which range from safety-vest policy to management actions, were based on lack of leadership and could have been resolved before escalating to lawsuits.

We closed out the year by once again advocating that, in the midst of LAX’s massive modernization initiative, airport policing must be allocated the attention and resources that are desperately needed to keep the airport and its travelers safe.

You recognized and re-elected your Board of Directors to continue its tireless advocacy for another term. We will fight to make strides toward parity of pay and benefits and improved working conditions for our members in 2019 and beyond.