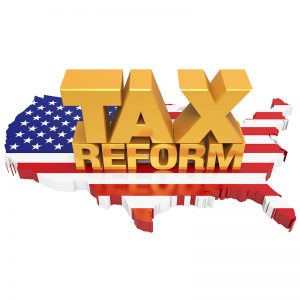 Unless you’ve been living under a rock for the past month or two, you know that President Donald Trump signed into law in December a $1.5 trillion tax cut. What you may not know is how that may affect you, both as a first responder and as a private citizen. Here’s a summary of some of the salient points of the Tax Cuts and Jobs Act, which went into effect at the start of 2018.

Congress has partially eliminated the state and local tax (SALT) deduction, capping at $10,000 what had been an unlimited state and local property tax deduction. This is likely to affect first responders’ budgets.

“Public safety budgets across the United States are largely drawn from state and local property, sales and income taxes — essential investments that give our first responders the tools they need to get the job done,” wrote the International Association of Fire Fighters and National Association of Police Organizations in a joint letter to Congress in November. “The SALT deduction helps support these vital investments at the state and local level.”

In addition, “eliminating the SALT deduction would be deeply harmful to middle-class taxpayers in many of these same communities that first responders call home,” the letter continued.

Critics have said the tax law would disproportionately affect states with high taxes and living costs, such as California and New York. Residents in Marin County, California, saved an average of $17,000 in 2014, according to the nonpartisan, nonprofit Tax Foundation. In 2015, the average SALT deduction was $18,400, according to the Urban-Brookings Tax Policy Center, which provides independent analyses of tax issues.

If you don’t file an itemized federal tax return, your standard deduction nearly doubles to $12,000 for a single filer, $18,000 for head of household and $24,000 for married couples filing jointly.

Also, many itemized deductions no longer exist. These include unreimbursed job expenses such as those for uniforms, travel, union dues and any required weapons. Law enforcement officers who previously took advantage of these or other itemized deductions may want to reassess whether itemizing still makes sense for them when compared to the new, higher standard deduction.

The number of income tax brackets remains the same, at seven, but income levels and rates will change in each one. These changes expire December 31, 2025.

Interest on new mortgage loans can be deducted only if the loan doesn’t exceed $750,000. This is down from what was previously $1 million. (Homeowners with existing mortgages aren’t affected.)

If you have a home-equity loan, you can no longer deduct the interest from the loan. Previously, as much as $100,000 was deductible.

This credit jumps to $2,000, from $1,000, but personal exemptions of $4,050 are gone. So, despite the higher standard deduction, families with children could be paying more in taxes.

“We encourage all of our members to stay informed about these and other tax law changes that may affect their families,” says President Marshall McClain. “LAAPOA and our allies in PORAC will continue to monitor the broader impact of this legislation on public safety and to advocate for law enforcement and other first responders wherever we can.”