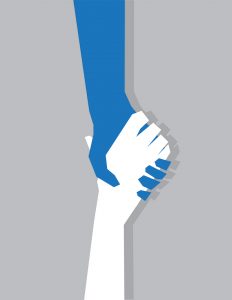 With the constant threat of terrorist attacks, mass shootings and other emergency situations, law enforcement officers and first responders confront numerous dangers on the job each and every day. As we have covered previously, many of these incidents are life-threatening and repeated exposure to them can put public safety members at high risk for cardiovascular disease, cancers, communicable diseases and other long-term health issues. While responding to these threats certainly takes a physical toll on the body, many studies have shown that they also have profound psychological effects that can worsen over time. Certain on-the-job experiences, like being in a firefight with an offender or witnessing the death of a partner, could result in an officer developing post-traumatic stress disorder (PTSD), which, if left untreated, may further develop into depression and anxiety and, in extreme cases, lead to suicide.

According to Badge of Life, a nonprofit organization that studies police suicides, more officers die of suicide than of shootings and traffic accidents combined, with statistics indicating that over 100 officers take their lives each year. While it’s difficult to pinpoint the exact causes of suicide, most stem from stresses on the job that affect mental well-being. This harrowing data points to a “silent killer” among law enforcement that reveals the need for the profession, and society as a whole, to recognize mental health issues as real concerns that need to be vocalized and dealt with before it’s too late.

“Changing the culture to erase the stigma associated with mental health issues and offering access to professional help when needed are ways we can start solving this crisis and saving the lives of our officers,” says LAAPOA President Marshall McClain.

Unfortunately, state and local politics have contributed to a lack of budgeting and funding for law enforcement programs, including comprehensive mental health programs and initiatives, such as suicide prevention, chaplaincies and peer support. Such preventative programs are vital, as they provide forums for officers to voice their concerns and deal with looming or undiagnosed mental health issues that may affect their job performance and life outside of work. Moreover, the addition of confidential annual mental health checkups with a psychologist or therapist, at the department’s expense, could help officers assess and reassess how they have been coping (or not) with certain issues. Encouraging officers to work out their problems alongside a mental health practitioner may help them find solutions and keep them away from destructive behavior (e.g., self-harm, alcohol or drug abuse). With sufficient funding and proper structuring, these preventative measures can help save lives and contribute to long, healthy careers in the field.

Fortunately, President Trump, whose administration has demonstrated strong support for law enforcement, has been making concerted efforts to spotlight and solve this problem. On January 10, he signed into law H.R. 2228, the Law Enforcement Mental Health and Wellness Act of 2017, which requires the Justice Department to identify mental health services and practices and develop model policies that could be adopted by state, local and tribal law enforcement agencies. Furthermore, just a day before signing H.R. 2228, the president signed an executive order on “Supporting Our Veterans During Their Transition from Uniformed Service to Civilian Life,” which addressed the vast number of suicides by veterans — an estimated 20 every single day — by automatically enrolling them for mental health care through the Department of Veteran Affairs. This is important for the profession since thousands of military veterans seek careers in law enforcement, and thus can add to the statistic of officer suicides.

“Regardless of anyone’s political party affiliations, President Trump’s actions on this matter are a step in the right direction,” says McClain. “But we need to implement ways to help our officers now and do what we can with the resources that are available to us — we need to be proactive in protecting those who protect us.”

The topic of the mental health and wellness of officers is often considered a taboo subject in the law enforcement field, but in keeping with our efforts to safeguard officers’ safety and well-being, LAAPOA believes in keeping our members informed on issues that may affect them and their colleagues.

While support from the federal government on this matter is crucial, departments and agencies need to prioritize mental health and wellness as soon as possible. Ways to get started include: