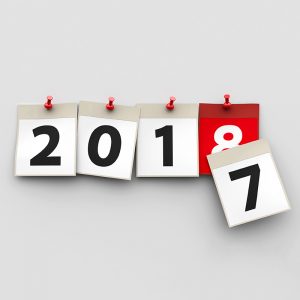 From mass shootings and terror attacks to criminal justice reform and airport protests, it was yet another dramatic year for aviation security and the entire field of law enforcement. LAAPOA and our partners in the American Alliance of Airport Police Officers (AAAPO) stayed at the forefront of the many issues confronting us in 2017, continuing our crucial role as subject-matter experts on airport policing issues and vocal advocates for public safety at the local, state and national levels. In case you missed anything, here’s a look back at the major topics we spoke out about in press releases and BOLO e-newsletters throughout the past year.

Raising Airport Security Issues
Sadly, acts of terrorism and other tragic events were frequent subjects, as LAAPOA and AAAPO responded to both domestic and international attacks and offered recommendations to increase the safety of airports and other public venues. The shooting at Fort Lauderdale–Hollywood International Airport in January, followed by terror attacks in Paris and London in March, plus the continuing threats to aircraft from ISIS and other groups, reaffirmed the need for proactive airport security measures to be implemented nationwide. LAAPOA reiterated that AAAPO’s 300-foot recommendation would be a major step in preventing and mitigating such violent attacks.

As events throughout the year highlighted gaps in airport security, AAAPO repeated proposals for 100% screening of all airport employees, including TSA, and the need for lawmakers to enact legislation such as the Checkpoint Safety Act (HR 550). With banned items such as guns continuing to pass through checkpoints, AAAPO called on the TSA to focus its attention on its core function of screening passengers and baggage. AAAPO also responded to the trend of local and state police troopers from outside agencies being sent to patrol airports, championing a unified police structure, with only airport police officers, for a cohesive safety environment. In addition, after the first confirmed in-flight collision of a drone and a piloted aircraft in the U.S., AAAPO recommended that airport law enforcement have the capability to both detect drones and locate their operators, and highlighted the threat drones pose to passenger planes.

Advocating for Law Enforcement
After the start of the 115th Congress and the inauguration of President Donald Trump in January, LAAPOA took stock of the political outlook for its priority issues. While events in Washington took some surprising twists and turns in 2017, one hope that was realized was the new administration’s support for law enforcement. In June, LAAPOA applauded Congress and President Trump for signing into law two federal bills that demonstrated bipartisan backing for peace officers and military veterans. In September, LAAPOA expressed support for President Trump’s reinstatement of the federal 1033 Program, which provides military-surplus equipment to law enforcement agencies to help them protect communities more effectively.

While some political outcomes were positive, misguided criminal justice reform measures continued. In August, LAAPOA spoke out against new legislation proposing to reform California’s bail system, which — alongside realignment legislation (AB 109/AB 117) and Propositions 47 and 57 — would pose a threat to public safety and the lives of peace officers. In October, LAAPOA voiced its dismay over Governor Jerry Brown’s decision to veto AB 1408, which would have reduced the damage to public safety caused by realignment legislation by improving the monitoring of felons, helping law enforcement and corrections authorities identify the most dangerous, unreformed career criminals and keep them off the streets. And in December, as the specter of pension reform once again re-emerged in the headlines, LAAPOA opposed the governor’s latest argument that the state should be able to reduce public employee pensions, and reminded readers of the likely battles ahead on this front.

In addition, responding to the continuing intense negative scrutiny of police actions, LAAPOA pointed out the need for more federal funding dedicated to comprehensive, up-to-date training and increased recruitment campaigns to help law enforcement meet the impossibly high expectations imposed by politicians, the media and the public.

Promoting Officer Safety
LAAPOA also made it a priority to safeguard officers on a more personal level, promoting well-being and safety in an increasingly dangerous environment. After an airport police officer was stabbed in the neck at Michigan’s Bishop International Airport in June, LAAPOA described how public safety officers are beset by multiple threats, further highlighting the need for legislative support in protecting the benefits of officers who put their lives on the line every day. In July, in response to a series of deadly ambush attacks, LAAPOA denounced the rising trend of assaults on officers, called on policymakers to stand up for public safety and reminded the community of heroic sacrifices made by those who protect and serve.

In August, LAAPOA turned the spotlight on the lack of adequate workers’ compensation for law enforcement officers who are injured on duty, with many betrayed by a system that often leaves them without a paycheck or the adequate care needed for recovery. The bravery and sacrifice of law enforcement officers was once again underscored during the October 1 mass shooting at the Route 91 Harvest Festival in Las Vegas, and LAAPOA commended the on- and off-duty first responders who sprang into action to protect people in the midst of the chaos.

Encouraging health was another dominant theme, as LAXPD Wellness Coordinator and LAAPOA Board Member Fran Sur shared his expertise in a series of articles. In March, his two-part exploration of why cops die young raised awareness that police work has been linked to a high rate of cardiovascular disease and cancers, and suggested dietary changes to reverse insulin resistance. In April, Sur championed exercise as a way for officers to reduce stress and maintain physical and mental health. And just before the Tommy Scott Memorial Run in May, he encouraged officers to increase their energy levels by running and provided helpful tips for novices.

Securing LAX
Of course, events closer to home also kept LAAPOA busy in 2017. In January and February, when LAX was inundated by protests of the president’s travel ban, LAAPOA reaffirmed the right of citizens to gather in a peaceful manner, but encouraged travelers, airport employees and protesters to be respectful of one another and the authority of the airport police who work to ensure the safety of all traveling to and from the airport. In March, LAAPOA commended LAXPD’s Emergency Services Unit for swiftly apprehending a hit-and-run driver with a loaded gun at LAX’s Terminal 2. With construction of the new $1.6 billion 12-gate concourse beginning in April, LAAPOA pointed out the need for LAWA to step up recruitment efforts and hire more officers to patrol the massively expanding airport. And in September, AAAPO publicized CNBC’s story offering a behind-the-scenes glimpse into the inner workings of some of LAXPD’s policing efforts, which reinforced the multifaceted and challenging work that officers perform every day.

As we observed the fourth anniversary of the November, 1, 2013, Terminal 3 shooting, LAAPOA reflected on the events of that day and assessed what has and hasn’t changed in airport security since then. While many improvements are still needed, LAAPOA is hopeful that new leadership at the executive levels will bring change. One such positive development this year was the announcement of a new LAX police facility that will ensure that officers have the resources to perform their duties to the best of their abilities. As LAAPOA prepares to take on the challenges and opportunities that await in 2018, we look forward to further steps toward enhancing public safety for all.