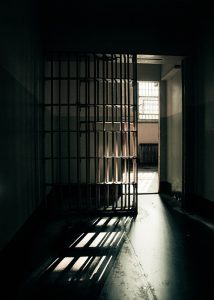 Whittier Police Officer Keith Boyer was killed in the line of duty on February 20 by a convicted felon who had cycled through the criminal justice system multiple times and was currently on probation. Less than a month later, Assembly Member Ian Calderon held a press conference near the Whittier City Hall Police Memorial to announce the introduction of AB 1408, intended to help prevent similar tragedies with commonsense reforms that would repair some of the damage done by realignment. Despite the bill’s unanimous passage in the Legislature and widespread support from law enforcement and victims’ organizations, Governor Jerry Brown vetoed it on October 15, to the great dismay of LAAPOA and other public safety advocates.

After serving a prison term for robbery and another for grand theft (committed while on parole), the suspect charged in Officer Boyer’s murder had been jailed and released repeatedly for probation violations. Each time the known gang member violated the terms of his release, the Los Angeles County Probation Department imposed “flash incarceration” — brief jail stays of up to 10 days apiece, a system created when AB 109 shifted parole responsibility for many felonies to county probation departments in 2011. Under the prior system, he could have spent a year in prison for just one of his four probation violations. Instead, the short stints in jail, the last of which he completed only a week before Boyer was slain, were the equivalent of a slap on the wrist.

Working closely with the law enforcement community, Assembly Member Calderon (D-Whittier) introduced AB 1408 to address some of the shortcomings of AB 109. The bill would have required counties to revoke probation for offenders after their third violation. It also required Board of Parole hearings to consider an inmate’s whole criminal history, not just their most recent offense, when determining whether to release them from prison. Further, it required the state Department of Corrections and Rehabilitation to provide local probation departments with copies of an inmate’s record of supervision during any prior period of parole, to ensure full and accurate knowledge of their past criminal activity. The goal of these measures was to close some of the loopholes that allow repeat offenders to deliberately abuse the system and continue endangering public safety. AB 1408 would have increased the information and tools available to law enforcement agencies as they attempt to navigate the new criminal justice landscape created by the state’s attempts to reduce prison overcrowding.

Despite a uniformly positive response to the bill from lawmakers on both sides of the aisle, Governor Brown refused to sign it. His short veto statement failed to address any of the AB 1408’s merits beyond calling it “a sincere attempt to respond to a truly terrible crime.” He simply claimed that its “three strikes and you’re out approach … would undermine the sound discretion of local probation authorities.”

The move comes as the negative consequences of California’s criminal justice reform measures continue to mount. Early releases under AB 109 realignment, reduced penalties under Prop 47 and drastically shortened sentences under Prop 57 have all contributed to rising crime rates that threaten the safety of both law enforcement officers and the public they serve. Adding insult to injury, a few days before Brown rejected AB 1408, he signed SB 620, which strips mandatory sentencing enhancements for criminals convicted of committing a felony with a gun. Even as lawmakers move to introduce new gun control measures in response to the Las Vegas mass shooting, adding to California’s already strict restrictions, the state has passed a law that reduces penalties for those who use guns in a crime — adding one more way for offenders to end up back on the street sooner.

“AB 1408 was a reasonable, practical approach to preventing future tragedies like the one that took Officer Keith Boyer’s life while he was protecting his community,” says LAAPOA President Marshall McClain. “The governor’s refusal to pass this bipartisan bill represents yet another get-out-of-jail-free card for criminals. At least 13,500 prisoners were released and nearly 200,000 felony convictions retroactively erased by Prop 47 in 2016 alone. AB 1408 would have reduced the damage to public safety by improving the monitoring of these felons in our midst, helping law enforcement and corrections authorities to identify the most dangerous, unreformed career criminals and keep them off our streets. Crime and recidivism will continue to grow unless our lawmakers listen to law enforcement and take decisive action to address the problems they have created with these misguided reform measures.”