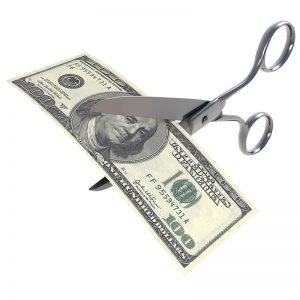 Pension reform has re-emerged once again in the headlines as Governor Brown recently argued in a new brief that the state should be able to reduce public employees’ benefits. Five years after making sweeping changes to the state’s pensions, he’s now in court defending his reform law against unions attempting to challenge it. The new brief alludes to making even more changes to pensions that may affect current employees. This open threat to public employees’ unions, which include those representing first responders, comes as no surprise. But it’s an indication of a larger pension battle coming in 2018, a busy political year with a number of statewide races, including U.S. Senate and governor, and anti-labor measures hanging in the balance.

Back in 2012, the governor succeeded in pushing forward a pension reform package for employees hired on or after January 1, 2013, reducing pension formulas, raising retirement ages, banning pension spiking and requiring increased contributions into retirement funds. Last month, the governor’s legal office stepped into the pension fray to defend the state in the long-running lawsuit Cal Fire Local 2881 vs. California Public Employees’ Retirement System, a case that has the firefighters union challenging parts of the reform law stripping away hard-earned pension from those hired before 2013.

At issue with the lawsuit is “air time,” the ability for public employees to have the option of purchasing up to five years of extra service to be credited to their pensions. The program, which the governor axed in his reform, had employees contributing a significant amount of funds up front, but allowed for them to have higher pensions upon retirement. Many first responders took advantage of this program due to the hazardous and unpredictable nature of their jobs. For example, if a police officer sustained a debilitating injury that forced retirement, then air time would kick in to ensure increased financial security, on top of a base pension.

A secondary issue, one that also underpins all other lawsuits between unions and CalPERS, is the “California rule” barring state and local governments from reducing pension benefits for current employees once they are granted. After Governor Brown’s reform, however, the rule ceased to be a hard and fast one. Recently, courts have been weighing in on the pension issue, with some judges deciding that pensions could be altered to a less optimal amount than what was initially agreed upon, going against the rule.

While those in the Cal Fire case have been working tirelessly to restore important benefits to the first responders who keep our communities safe, the case as a whole signals a larger battle ahead that could change the way the state and cities handle pensions overall. In fact, along with their case, two other pension-related cases are headed to the California Supreme Court: one from Alameda County and another from Marin County, both dealing with pension “spiking,” or the inflation of public employees’ salaries in order to increase pensions. And with 2018 bringing the final year of Governor Brown’s second four-year term, he will no doubt fight tooth and nail to reduce public employees’ benefits further and make the fight to restore pensions difficult.

PORAC, LAAPOA’s voice in Sacramento and the state’s largest law enforcement association, has been closely watching the developments of the pension battle and has noted that many proposed bills and initiatives aimed at amending or “fixing” the pension crisis are still alive and may be up for reconsideration in 2018 — like the failed Voter Empowerment Act of 2016, an anti-pension measure proposed by San Diego Councilman Carl DeMaio and former San Jose Mayor Chuck Reed that was expressly written to avoid the courts and bypass collective bargaining by amending the California Constitution. LAAPOA opposed the devastating measure when it first appeared in 2015 and will continue to do so if it reappears in the coming year. With a number of legal decisions pending at the national level that could severely weaken our union allies in this battle (including Janus v. American Federation of State, County and Municipal Employees in the U.S. Supreme Court, which is likely to undermine mandatory public union fees), law enforcement’s leadership role is all the more crucial.

“Cal Fire’s fight and the fight against unfair pension ‘reform’ is one that all first responders must weigh in on,” says President Marshall McClain. “As our so-called leaders continue to undercut and rid many of our benefits, we need to come together and lend our voices to this very important issue — our livelihoods and the future of our professions are at stake. As we have seen this year, times for first responders are as challenging as ever, and with the increase in mass shootings and terror attacks, plus the recent fast-spreading wildfires in Los Angeles, our brave men and women have continued placing themselves in harm’s way to ensure the safety of all. After dedicating years of service to their communities, the prospect of diminished pensions for our first responders is a disservice to all of the sacrifices that they’ve made.”

As part of LAAPOA’s efforts to advocate on behalf of our members, we will be keeping a close eye on specific issues and pending legislation pertaining to pension reform.