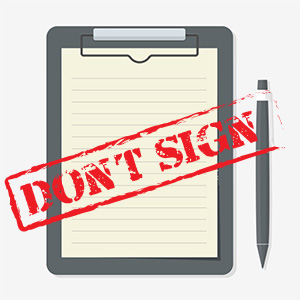 Remember last year’s initiative aimed at restructuring California’s public employee pensions, put forth by former San Jose Mayor Chuck Reed? After suing Attorney General Kamala Harris over the title and summary description of the measure — and losing — plus facing the high unlikelihood of gathering 800,000 signatures in time to make the November 2015 ballot, Reed withdrew the measure. But if you thought he had gotten over his obsession with privatizing pensions, you underestimated him. In fact, he’s back with an even more damaging measure, likely headed to voters in 2016.

On June 4, Reed and former San Diego City Councilman Carl DeMaio filed the innocuous-sounding but potentially devastating Voter Empowerment Act of 2016, an anti-pension measure expressly written to avoid the courts and bypass collective bargaining by amending the California Constitution. PORAC, LAAPOA’s voice in Sacramento and the state’s largest law enforcement association, has been closely watching the development of this latest pension attack and has summarized the lowlights as follows:

Unlike last year, time and a much lower signature threshold are on Reed and DeMaio’s side for this latest push. The number of signatures required to get an initiative on the ballot to change a state law or amend the constitution is based on a percentage of the votes cast for governor in the previous election. Last year’s record low turnout means that the Voter Empowerment Act will only need about 586,000 signatures to make the ballot, the lowest threshold in more than 30 years. Reed and DeMaio have already begun an email campaign to galvanize their supporters and prepare for collecting signatures.

To understand the spectacularly disastrous effect the Voter Empowerment Act could have if implemented statewide, one need look no further than the City of San Jose, ground zero for Reed’s shortsighted policies. In 2012, Reed’s Measure B passed, reducing pension benefits for fire and police and resulting in a personnel exodus and recruitment drop-off. The under-policed city quickly saw increased crime rates and response times, leaving the current mayor and city leaders no choice but to mitigate Measure B through raises for its police officers in a deal reached at the end of August this year. Instead of saving money, Measure B cost the city millions of dollars in legal fees when unions rightfully sued the city for unconstitutionally changing existing employees’ benefits, and caused an unknown toll in human suffering due to delayed emergency services.

The failed San Jose experiment can’t be allowed to happen statewide. LAAPOA urges all members to be on the lookout regarding the Voter Empowerment Act and spread the word to your friends, family and colleagues about the extreme importance of not signing any petitions for this measure, the passage of which would jeopardize and even decimate public safety statewide. LAAPOA will be fully engaged in this latest battle against pension reform and will keep members informed of all developments.