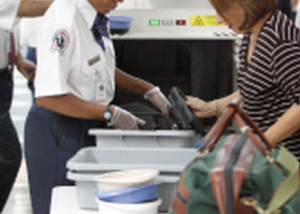 The start of the busy summer travel season was accompanied by a string of highly publicized security lapses and leadership shakeups at the Transportation Security Administration, foregrounding concerns about the agency’s effectiveness that LAAPOA and other airport police groups have been voicing for years. As the scrutiny intensifies, many aviation security experts have concluded that the TSA is failing in its central purpose, and the billions of dollars spent on it since 9/11 have done little or nothing to make air travel safer.

At the beginning of June, news broke that Department of Homeland Security (DHS) investigators had been able to smuggle fake explosives, banned weapons and other contraband through security checkpoints at dozens of the nation’s busiest airports. TSA agents failed 67 out of 70 — a whopping 95% — of these internal tests, including one where a pat-down didn’t detect a mock plastic explosive taped to an undercover agent’s back. The embarrassing report coincided with a spate of bomb threats against U.S. planes and heightened warnings from the White House about potential Islamic State terrorist attacks on American soil. Just days later came the revelation that TSA background checks had cleared 73 airport workers for access to secure areas even though their names were on a federal database of potential terrorists.

These disturbing headlines point to ongoing mismanagement and lack of leadership. Even though TSA Administrator John Pistole announced in October 2014 that he would be stepping down at the end of the year, his position remained vacant for nearly six months while the White House and congressional Republicans pointed fingers about who was to blame for the lack of action. After the security breach report, acting chief Melvin Carraway was immediately reassigned and replaced by second-in-command Mark Hatfield, until Peter Neffenger was finally confirmed as the agency’s new head on June 22.

DHS Secretary Jeh Johnson promised revised standard operating procedures and more training to address the recently exposed vulnerabilities, but experts believe it will take much more to fix the broken TSA. DHS Inspector General John Roth, whose office conducted the undercover security tests and reported the background-check gaps, testified before a House committee in May that “we remain deeply concerned about [TSA’s] ability to execute its important mission,” and concluded that despite billions of dollars spent on aviation security technology, there had been “no resulting improvement.” When asked in a June Senate hearing if it’s safe to fly, prospective chief Neffenger answered, “I don’t know if it is right now.”

Such troubling developments are, unfortunately, not surprising. “The DHS IG reports only reinforce what was already known by any airport police officer — TSA management has strayed from its fundamental and important job of screening passengers and baggage, which puts the traveling public at risk,” says LAAPOA President Marshall McClain. Way back in September 2012, LAAPOA joined the American Alliance of Airport Police Officers (AAAPO) in making a number of recommendations to TSA Administrator Pistole that would improve security, including stationing an airport police officer within 300 feet of the passenger-screening checkpoint and giving law enforcement real-time access to all cameras at airports. To date, these proposals have been ignored, even as incidents such as the November 1, 2013, shooting at LAX and the New Orleans airport machete attack continue to underscore the urgent need to close security gaps.

Airport police officers have intimate knowledge of the TSA’s shortcomings, as well as the specific security needs of their individual airports. Now more than ever, as concerns mount about the agency’s ability to perform its basic function, it is important to invest in these on-site, specialized police forces and make the most of their expertise.

“The TSA’s problems have to be addressed at the federal level by refocusing its core mission on improving the screening of passengers and cargo, instead of creating new jobs and new missions that attempt to replicate what local law enforcement is already doing,” says McClain. “In the meantime, there are concrete, commonsense steps that Los Angeles World Airports can take to bolster security close to home. At a time when our nation is questioning whether the TSA is making us any safer, we should not ignore the established and proven security resources we already have on hand. Airport police are our first line of defense against terror attacks, and we must ensure that they have the tools, staffing, compensation and support they need to carry out their crucial role.”