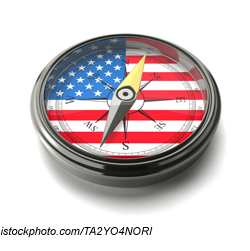 As soon as the 115th Congress began on January 3 and President Donald Trump was inaugurated on January 20, both the White House and legislators sprang into action with a dizzying array of bills, executive orders and cabinet nominees. The political events of the past few weeks have been fast-moving, unconventional and often controversial, making it difficult to predict what the coming months will bring for the nation, California, law enforcement and the aviation community. However, notable trends are emerging on several issues relevant to LAAPOA’s goals.

As President Trump’s cabinet picks are gradually confirmed, the incoming leadership will institute sweeping changes in federal agencies. Of particular interest to airport police is the new Homeland Security secretary, John Kelly, a retired four-star Marine Corps general who was approved by the Senate 88–11 on January 20. It is hoped that his 45 years of military experience will bring a new perspective to the DHS and TSA, particularly a more proactive attitude about improving aviation security. LAAPOA and its allies will ask Kelly to support a chain-of-command approach that will identify clear lines of responsibilities — specifically between airport police and TSA, where there has been confusion, mission creep and ineffectiveness. Kelly will play a key role in appointing a new TSA administrator, who will have a major say in these areas. As incidents at home and abroad continue to remind us that our airports remain vulnerable, LAAPOA will persist in urging the TSA, DHS, Congress and new administration to implement commonsense protocols to fortify security and protect the traveling public. It must be noted, however, that the federal hiring freeze instituted by President Trump could affect the TSA and other DHS agencies, hampering airport security staffing and threatening a return of last summer’s long checkpoint lines.

Another cabinet newcomer that LAAPOA will be watching closely is Secretary of Transportation Elaine Chao, who was confirmed by the Senate in a 93–6 vote on January 31. Chao’s department includes the FAA, and one of the issues facing her is the question of drone regulation. The FAA released basic rules on commercial drone use last summer, such as preventing operators from flying unmanned aerial systems beyond visual line of sight or at night, but industry advocates argue that these limits are restrictive. Chao was known for being light-handed with regulations as labor secretary under George W. Bush, and she may seek to loosen the rules to allow expanded drone use. But, as LAAPOA has repeatedly highlighted, developing counter-drone protocols at airports is critical as commercial, recreational and military drone use proliferates. While Congress has laid some groundwork for counter-drone technology and the FAA has done some preliminary testing, the federal government has not established implementation standards for airports and has imposed restrictions on local government actions in this area. Chao gave a balanced answer when questioned about drones during her confirmation process, saying that regulators shouldn’t “dampen the basic creativity and innovation” of entrepreneurs but also maintaining that safety must be the primary objective. LAAPOA and its partners will continue to emphasize that airport police need tools to identify who is operating drones at or near airports so that they have the capability to investigate and mitigate potential threats.

Chao will also be a driving figure in efforts to improve the country’s transportation infrastructure, and she expressed this issue as a priority during her confirmation hearing. Trump made rebuilding infrastructure a central theme of his campaign, and promised during his inaugural address that Americans would see “new roads, and highways, and bridges, and airports, and tunnels, and railways all across our wonderful nation.” Such investment is not only in keeping with the president’s “America First” theme, but is also one of the few Trump platforms to appeal to Democrats — in fact, Senate Democrats introduced a $1 trillion infrastructure bill on January 24. Any initiative will face arguments over funding and resistance from Republican lawmakers opposed to big government spending, as well as some Democrats categorically opposed to Trump’s other policies. However, LAAPOA expects that this will remain a front-burner agenda item for the new administration, and will continue to advocate for investment in modernizing airport security equipment and systems.

The political topic that has most dominated the headlines in recent weeks is immigration. While this is not in itself one of LAAPOA’s priority issues, airports were unexpectedly thrust into the midst of the debate after the president issued an executive order on January 27 to temporarily ban entry into the U.S. from seven predominately Muslim countries. The measure took effect so suddenly that refugees, green card holders, international students and other temporary visa holders were all affected, plunging airports around the world into chaos as many were barred from flights or detained upon arrival. Even after a federal judge put the order on hold and the government suspended its enforcement, crowds gathered at airports to voice both opposition and support. LAX has drawn thousands of demonstrators over the past two weeks, with airport police officers working around the clock to maintain order and keep traffic flowing smoothly. While the fate of the executive order is unclear, there is no doubt that immigration will stay front and center for the Trump administration, and airports are likely to remain a zone of contention on this issue. LAAPOA remains committed to protecting fliers, employees and protesters alike, and urges all to be respectful and law-abiding at our airports.

“Just over a month into the new year, rapid and dramatic actions on the federal level are already having a ripple effect in our community,” says President Marshall McClain. “While there is no way to foresee all the events coming our way, LAAPOA will continue to monitor developments on our priority issues and actively advocate for the best interests of our members and the traveling public. No matter what happens, we will stay dedicated to promoting the safety and security of our airports.”