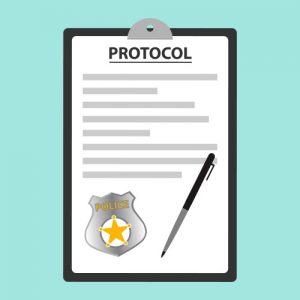 Do we really want to further endanger the lives of the public and police officers every time the police engage with the public? The Police Accountability and Community Protection Act (AB 931) would do just that.

The bill, as proposed this month by Assembly Members Shirley Weber (D-San Diego) and Kevin McCarty (D-Sacramento), would make it harder for law enforcement to do their jobs and make it easier to prosecute officers. Current law allows police to use deadly force when “objectively reasonable.” But AB 931 would restrict such use to only when “necessary to prevent imminent and serious bodily injury or death.” And only after “reasonable alternatives[s]” such as “warnings, verbal persuasion or other nonlethal methods” have been deployed.

“While the intent of AB 931 is commendable, this bill lacks clear direction and foresight,” says LAAPOA President Marshall McClain. “It’s obvious that these lawmakers have no concept of just how dangerous policing can be and how a seemingly nonthreatening situation can quickly devolve into tragedy.”

We at LAAPOA lament any loss of life, but AB 931 makes no sense. Here’s why:

“Allowing the threat to persist”

“This proposal will put our communities at greater risk. For example, if a man with a knife is running toward a crowd, this could force an officer to delay taking action until they’ve issued multiple commands, witnessed the suspect attack a bystander, or wait for backup to arrive, all the while allowing the threat to persist,” the California Police Chiefs Association (CPCA) said in a statement.

PORAC also echoed the risk to public safety. “Use-of-force incidents occur quickly…. The legislation will require officers in every rapidly advancing, extraordinarily dangerous situation to employ a checklist [of what constitutes necessary force] that ultimately places everyone at risk,” it said in a statement.

AB 931 doesn’t just restrict the use of lethal force. It would make it easier to charge officers involved in civilian shootings. It allows prosecutors to look into whether officers’ actions before a killing negligently placed them in danger. This is Monday morning quarterbacking and second-guessing at its worst.

“Policy and training are different than a legal standard meant to judge, in hindsight, how an officer reacted in a split second to a dangerous situation,” the CPCA said.

LAAPOA recognizes that the legislation aims to prevent tragic deaths like that of Stephon Clark in Sacramento. (The legislation was already in the works before the Clark shooting, but its momentum has accelerated since the event and subsequent public protests.)

The irony is that the officers in the Clark case, who thought the suspect was holding a gun, had yelled, “Show me your hands! Stop!” — exactly what AB 931 seeks. The officers’ behavior in this case was textbook and reasonable. Rather than tacking on “rules” for officers to follow, perhaps lawmakers should concentrate on restoring POST funding for continuing regular training for officers so as to mitigate use-of-force incidents, in addition to community training.

Craig Lally, president of the Los Angeles Police Protective League, told the Los Angeles Times that the bill, if passed, would “either get cops killed or allow criminals to terrorize our streets unchecked.”

In fact, PORAC said, “We are concerned that this reactionary legislation will handcuff peace officers and their abilities to keep communities safe.”

What’s also galling is that the assembly members never asked for input from law enforcement before the bill was announced April 3, PORAC said. Regardless, it intends “to meet with the authors and legislators to hopefully create policy that protects the public, respects the rights of every individual and provide an understanding of the dangers associated with enforcing our laws and protecting the public.”

McClain notes: “Legislation that hampers police work and, worse, doesn’t reflect reality and the dangers that law enforcement face regularly concerns those of us who serve and protect the public. Life-and-death situations occur in a matter of seconds, hardly the time for officers to pull out a checklist to determine whether it’s OK to use force.”

LAAPOA and its statewide partners in PORAC will fight to keep this legislation from being enacted and will keep you apprised of further developments.