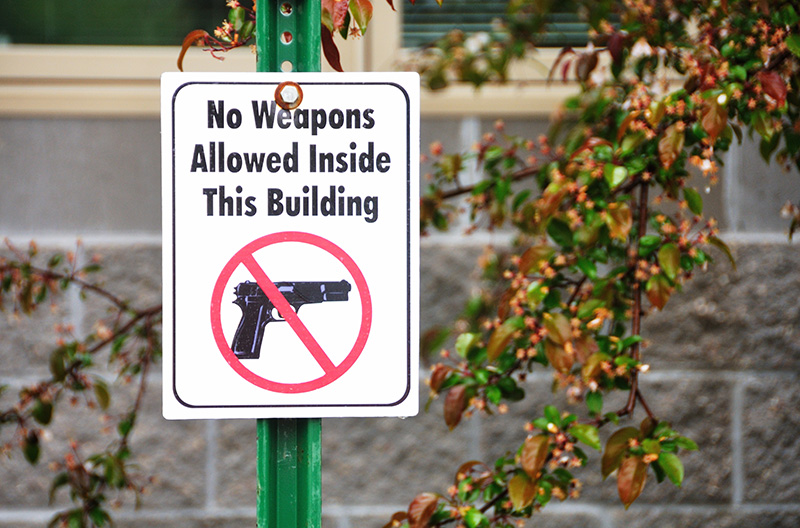 On February 14, our nation experienced its sixth school shooting of the year. A 19-year-old gunman equipped with an AR-15 semi-automatic rifle opened fire on students and teachers at Marjory Stoneman Douglas High School in Parkland, Florida, killing 17 victims in a senseless act of violence. After the shooter was taken into custody, Parkland was left to mourn the loss of the victims as well as the safety of its schools. Politicians, the media and citizens across the nation grieved alongside the community, sharing their thoughts, prayers and, inevitably, their positions on gun control.

The aftermath of every mass shooting to date has further embroiled our nation in a volatile gun debate. Each one incites more divisiveness between both parties of Congress and results in no viable solutions to the “gun problem.” Rather than work together to enact commonsense gun control laws that will increase the safety of our schools and communities, lawmakers have instead gone endlessly back and forth on the issue, spouting rhetoric vehemently for or against the Second Amendment, background checks and civilian access to “assault-style” weapons.

“The debate has done nothing more than highlight the divisions in our nation,” says LAAPOA President Marshall McClain. “While politicians argue about what to do next, our country has no choice but to wait anxiously for them to make decisions — or for the next mass shooting.”

President Donald Trump recently weighed in on the gun control issue in his address to the Florida community. Announcing that the nation must do more to protect its children, he pushed for comprehensive background checks that emphasize mental health, raising the firearms purchasing age to 21, and banning bump stocks and other attachments that increase the firing capacity of firearms. While the efforts espoused by the administration may result in legislation that could potentially restrict gun rights, many issues on the table have yet to be discussed, such as “closing loopholes that permit loose private sales on the internet and at gun shows and passing laws to enable family members, guardians or police to ask judges to strip gun rights temporarily from people who show warning signs of violence.”

Trump’s actions are a reversal from his previous positions that aligned with the National Rifle Association (NRA). NRA CEO Wayne LaPierre disagrees with Trump’s proposed changes and believes that gun control advocates are missing the bigger picture when it comes to school shootings. At the recent Conservative Political Action Conference, he argued that more gun restrictions would only affect law-abiding citizens, not the ones who want to inflict evil on the world. Instead of chipping away at Constitutional rights, he continued, the focus of the debate should be on increasing school security by implementing metal detectors and arming teachers with firearms.

“While well-intentioned, gun control will not prevent a person with ill intentions from entering a public space and inflicting harm on the innocent,” says McClain. “Simply put, gun laws will not put an end to gun violence.”

Bringing the issue closer to home, California is home to over six million gun owners and some of the most restrictive gun laws in the nation. On top of the state’s laws, the city of Los Angeles has imposed its share of bans, like prohibiting the sale of ultra-compact firearms and the possession of high-capacity magazines. However, despite such efforts, danger has still found a way to enter our schools. On February 2, a 12-year-old student at Salvador Castro Middle School in downtown Los Angeles brought a loaded weapon to school that discharged in her backpack. The semi-automatic handgun injured three, a staff member and two students aged 11 and 12.

Unfortunately, such instances of guns appearing in our schools have been as commonplace as actual, premeditated shootings. There have already been 17 other incidents this year involving gunfire in or near schools. This signals a need for more security, like increased school police presence, along with more drills that train both students and staff on what to do in the event of an emergency. While these solutions are common sense, there are some who wish to remain complacent on the matter and who choose not to recognize the important role that school police officers play in keeping our children safe. Arming teachers is not the answer.

The United Teachers Los Angeles (UTLA) union, which represents thousands of teachers and other employees in the Los Angeles Unified School District (LAUSD), held a rally to denounce police presence in our schools alongside Black Lives Matter and the American Civil Liberties Union (ACLU) on February 24 in Los Angeles. The marketing leading up to the event painted an unsavory picture of school police, unfairly targeting them as “racists” who single out students of color in random searches and undermining the important work they do in our communities. President McClain spoke out against the event, stating, “To stereotype the 500+ police officers who serve the LAUSD’s 640,000+ students as racist does not support the larger goal of educating a new generation to work to mend divisions and become less polarized.” LAAPOA joined many other groups and associations, like Los Angeles School Police Officers’ Association (LASPOA), Los Angeles School Police Management Association (LASPMA), Association of Los Angeles County Deputy Sheriffs (ALADS), Los Angeles County Professional Peace Officers Association (PPOA) and the Peace Officers Research Association (PORAC), in saying that the divisiveness created by the rally was unnecessary and that it distracted from goals to provide safe, nurturing schools where all students have equal access to a quality education.

“The time for action is now,” says McClain. “As we have seen time and time again with shootings like Columbine and Sandy Hook, our schools are no longer safe environments for our children. Both teachers and students are unprotected and unprepared for active-shooter situations, so we need school police to be there to fill the void and provide protection and security to the most vulnerable in our population. We can’t rely on gun legislation to protect us.”

LAAPOA urges lawmakers to prioritize the safety of our communities by working together to make concrete decisions on how to deal with these issues in our nation.