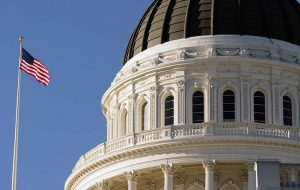 “While the Supreme Court’s Janus ruling is yet another blow to public-sector unions, the passage of SB 866 is welcomed and surprising piece of legislation signed by Governor Brown, who is no stranger to threatening unions in the past over pensions,” says LAAPOA President Marshall McClain. “SB 866 is necessary because it prohibits public employers from deterring or discouraging its employees from becoming or remaining members of a union and it safeguards against communications with anti-union or anti-law enforcement sentiments.”