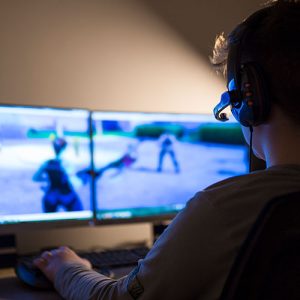 Less than a week after a gunman opened fire at the Gilroy Garlic Festival, killing two children and a man before turning the gun on himself, a shooter killed 22 and injured 26 at a Walmart in El Paso, Texas. Thirteen hours later, in Ohio, a shooter killed nine and injured 27 at a popular nightlife district in Dayton. The devastating massacres left 34 people dead and more than 50 wounded, bringing the nation’s tally of fatal mass shootings so far in 2019 to 32, and prompting questions about what can be done to prevent gun violence and mass shootings.

In President Trump’s address to the nation following the mass shootings in El Paso and Dayton, he offered prayers to the grieving families of the victims, condemned racism, bigotry and white supremacy, and called for bipartisan solutions that would help put a stop to mass shootings across the country. Trump did not endorse broad gun control measures, (which, as you will see later in this article, are ineffective), but rather offered a list of alternatives that many agree would help curb gun violence. Among them was “stopping the glorification of violence in our society.”

For that, the president pointed to “gruesome and grisly video games” as cultivating a culture among youth that celebrates violence. The argument over whether there’s a correlation between violent video games and violent behavior in the real world is one that reemerges often in the aftermath of a mass shooting. And how could it not? Some of the most popular video games today put players in positions that encourage them to hurt or kill others in order to win. First-person shooters and role-playing games such as Call of Duty, Grand Theft Auto and Fortnite are just some of the many shoot-’em-style video games on the market that dehumanize individuals and teach young people how to kill, all while rewarding them with virtual trophies, medals and perks along the way.

While there are no conclusive studies linking virtual violence to mass shootings, the pervasiveness and influence of video games on children and teens cannot be ignored. More than 90% of children and teens in the U.S. play video games, more than 90% of those games include violent content and “that violence is often portrayed as justified, fun and without negative consequences,” according to researchers Douglas Gentile and Craig Anderson of Iowa State University, whose study found evidence that violent video games may be influencing kids to learn hostile ways of thinking and behaving. The American Psychological Association reached a similar conclusion, writing in a 2015 resolution that there was a demonstrable link “between violent video game use and both increases in aggressive behavior … and decreases in prosocial behavior, empathy and moral engagement.” On top of that, researchers found that, on average, kids play video games for nearly two hours every single day. That’s a lot of time for children to participate in virtual violence.

However, even with such data, there are those who believe that violent video games aren’t the problem, pointing instead to guns. But as we’ve seen in states with the strictest gun laws, banning or taking away weapons won’t put an end to gun violence. Take Illinois, for example. Despite state laws placing stringent rules and restrictions on the purchase of firearms and ammunition, the city of Chicago experiences a staggering amount of gun-related crimes daily. In fact, during the same weekend that the shootings in El Paso and Dayton occurred, Chicago had its worst weekend so far in 2019. Police reported that seven people were killed and 52 were wounded by gunfire. Furthermore, The Chicago Tribune reports that so far this year, at least 1,600 people have been shot in Chicago, and popular statistic website HeyJackass! calculates that a person is shot every three hours and 10 minutes.

California joins Illinois in implementing strict gun-control measures. The state was the first to ban assault weapons in 1989, and in the wake of last year’s shooting in Parkland, Florida, legislators responded swiftly, putting forward nine new gun control bills, which included gun ownership bans for those involuntarily admitted to a mental health facility and domestic violence offenders. Unfortunately, these measures have done little to prevent shootings. There have been at least 67 mass-casualty shootings in California in the past two decades. How is this possible? The answer: regulating firearms will not stop people who want to cause harm from bringing their firearms across state lines. The 19-year-old Gilroy shooter legally purchased the AR-15 rifle he used in the attack in Nevada, where residents over the age of 18 can purchase a rifle.

“The proliferation of violent video games, along with violent cartoons, movies and music, is something that lawmakers should be concerned about,” says LAAPOA President Marshall McClain. “Our children are becoming increasingly desensitized to violence because our culture deems it acceptable for them to consume violent media at early ages. This, in turn, has impaired our youth’s conflict-resolution skills, teaching them that it’s OK to respond to situations with violence rather than using their words. Self-preservation and self-defense are innate responses, but violence is learned.

“We have created a culture whose appetite for violence is ever increasing. It’s a sad state of affairs when we have people in our society whose first instinct is to whip out their cellphones to record a fight or an accident rather than be a good Samaritan and assist with stopping the incident or rendering some type of aid to a victim,” McClain continues. “Our youth are impressionable and easily influenced by what they watch, play and listen to. Rather than focus on legislation banning weapons, we should be focusing on creating a less violent culture, one that values human life and positively influences our children’s behavior.”