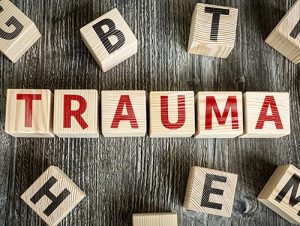 On October 1, Governor Gavin Newsom signed into law SB 542, which allows first responders to seek workers’ compensation for post-traumatic stress caused by their jobs. It was a momentous occasion that marked a significant victory for members of law enforcement, who deal with incredible stress every day and often feel forced to suffer in silence.

“The job of firefighters and first responders can be very rewarding, but at the same time, extremely unpredictable,” Governor Newsom said in a statement. “They can experience high-stress situations and traumatic incidents that can push them to the limit both physically and mentally, and we need to recognize and take those challenges head on.”

Cases of post-traumatic stress and officer suicides have reached alarmingly high levels. In fact, police officers and firefighters are now more likely to die by suicide than in the line of duty, according to a study by the Ruderman Family Foundation. Too often, the intense stress and danger that officers face every day becomes too much to bear. With the passage of SB 542, law enforcement can get timely access to necessary treatment without worrying about the financial consequences.

In recent years, there has been a concerted effort across the country — from police departments, advocacy groups and mental health professionals — to call more attention to the mental and emotional damage that officers suffer during their service. As the Global PTSI Foundation points out, it is important to reframe post-traumatic stress as an injury (PTSI) rather than a disorder (PTSD).

Post-traumatic stress has long been deemed a disorder, but that loaded phrasing frames it as a permanent issue that officers simply must live with. This is part of the reason officers are sometimes hesitant to seek help or treatment — if it’s always going to be there, why do anything to address it?

SB 542 will help reframe post-traumatic stress as a temporary injury. The bill treats mental trauma as comparable to physical injury, recognizing that post-traumatic stress is a very real and very dangerous threat, but one that can be healed with treatment. It can help break the stigma that surrounds PTSD and encourage officers to get the help they need.

“Law enforcement officers are required to run into danger that everyone else runs away from,” said LAAPOA President Marshall McClain. “That takes incredible bravery, but even the bravest among us can’t bear the weight of all the trauma they experience. Post-traumatic stress is as real as any other injury, and this law will give officers a better chance to recover from those injuries.”

LAAPOA’s partners at PORAC were instrumental in getting this piece of important legislation passed. They were one of the co-sponsors of the bill, alongside California Professional Firefighters (CPF), the California Association of Highway Patrolmen (CAHP) and Cal Fire Local 2881. These groups deserve a lot of credit for helping to make this law a reality.

The new law will go into effect on January 1, making California the seventh state to recognize post-traumatic stress as a compensable injury. Governor Newsom also signed two other bills into law alongside SB 542 that further support law enforcement.

“These new laws are a good step forward in supporting law enforcement,” McClain said. “Hopefully we can continue to build on this and see even more support for our men and women in uniform.”