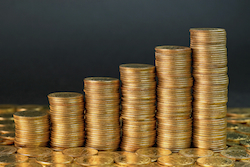 Last year, we addressed pay and pension inequality issues in the context of LAXPD’s “separate but equal” status compared to the LAPD, and how lesser benefits negatively affect recruitment and retention efforts and ultimately hamper officers’ ability to provide the highest level of airport security. We also pointed out how the pay disparity plays out in the form of gender inequality, with highly qualified, higher-ranking female airport officers being paid less than the LAPD officers whom they train. Now, as we reflect on Black History Month, we look at how LAWA’s failure to holistically approach public safety funding results in lower compensation for its majority-minority department compared to other agencies in the region. We challenge Los Angeles World Airports to acknowledge and tackle these issues for the betterment of overall airport security and the personnel who provide it.

Since the creation of the LAXPD in 1946, the proudly diverse department’s officer ranks and responsibilities have grown to meet the needs of the airport and surrounding community, as well as the global security environment, up to and including reclassification under California Penal Code 830.1, effective January 1, 2014. Despite this upgrade to the same status as the LAPD and other municipal police departments in the state, the pay gap for LAWA airport officers, already historically lower than other agencies in the region, appears to be growing.

For example, in 1993, the starting salary for LAX officers was $31,549 compared to LAPD’s $33,030. Now the starting salary for LAX officers is $48,003 compared to $57,420 for the LAPD. As we have pointed out previously, on average LAPD officers assigned to LAX are paid 25% more than LAXPD, and the disparities don’t stop there. An airport police officer has to work 14 years longer to receive the same retirement level and percentage as LAPD. An LAPD officer’s medical retirement starts at 50% of salary, increases based upon the level of disability, and is tax free, whereas an airport police officer’s benefit tops out at 33.33% of salary and is taxed. Los Angeles Port Police retirement benefits are also significantly better than LAXPD’s, with the annual multiplier of 2.75% of salary available at age 50, compared to 2.16% at age 55 for LAX. On top of being compensated less for the same work as officers at other departments, airport officers have also not seen a cost-of-living adjustment for over six years, in one of the of the nation’s most expensive cities.

Adding insult to injury is the fact that LAWA diverts funds to subsidize higher-paid LAPD officers for work that LAXPD officers can perform, rather than putting that money into its own department’s development.

In light of record numbers of LAX passengers and increased airport revenue, which pays LAXPD salaries, we have to wonder why LAWA continues to neglect public safety personnel as it pursues its mission of making LAX a destination airport. Shouldn’t LAWA management be focused on modernizing not only its outdated security infrastructure but also the compensation model that reinforces the underpayment of its diverse workforce? Minorities and women have long been paid lower wages for equal work in this country. The City of Los Angeles is taking a first step in addressing pay gaps by raising the minimum wage to $15 by the year 2020. As a majority-minority department, LAWA could set an example for other police agencies to follow in terms of how it treats its personnel, yet as LAAPOA Vice President Julius Levy pointed out in a recent op-ed, “In a city that champions and, in fact, paves the way for equality for all on all matters … [a]irport police officers are still treated like second-class citizens when it comes to pay and benefits.”

On top of that, LAWA’s lack of investment in its police force manifests itself in everything from the agency’s aged vehicle fleet to its outdated communications equipment and overcrowded police station.

As we enter our third month of contract negotiations with LAWA, LAAPOA calls upon management to focus on the long-term success of its airports, which includes fairly compensating its officers, as well as providing the tools that enable us to perform our duties at the highest level. Our lives and those whom we protect deserve no less.