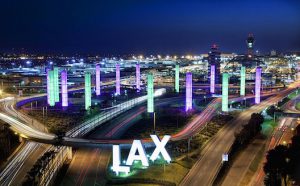 A lot of attention has been rightly focused on the February 27 AP story about how the LAX emergency communications system failed during the November 1, 2013, shooting in Terminal 3. Just seconds after the shooting had begun, a screening supervisor called dispatch but had to flee the area as the gunman approached. Because the system didn’t recognize that the call was coming from a security checkpoint phone, the dispatcher was unable to tell police where to go, losing precious time in apprehending the shooter. It took a cellphone call from an airport contractor directly to dispatch to provide the vital information needed — a very long minute-and-a-half after the incident started.

LAAPOA has been pointing out deficiencies in the 9-1-1 system for more than four years, so it is encouraging to see this issue now being taken seriously. Although Chief Gannon told an assembly committee on February 28 that the phone problems have been fixed, LAAPOA maintains that with over 55,000 employees and 165,000 average daily passengers, LAX’s existing system is antiquated and completely inadequate for the task of providing emergency communications at such a high-traffic and consistently targeted facility.

“It’s truly unbelievable that in this age of advanced communications technology, including personal smartphones, the airport is relying on such an outdated system,” says Marshall McClain, president of the Los Angeles Airport Peace Officers Association. “In 2013, LAXPD responded to 117,849 dispatched calls for service. In addition to making desperately needed upgrades, it is also time to complete the goal of making LAX a public safety access point.”

The PSAP process was set in motion at the City Council’s Public Safety Committee meeting of June 10, 2010, when the committee put then-Chief George Centeno on the spot and instructed LAXPD and LAPD leadership to develop and present a timeline by July 2010 to update the system.

“Despite the committee’s directive, here we are in 2014, still having agency notification and overlapping response issues, and still with a substandard communications system,” says McClain. “LAXPD is the fourth-largest police agency in Los Angeles County, yet there are at least 10 county police agencies with  forces of less than 50 sworn officers that are PSAPs with their own 9-1-1 emergency systems.”

The time is right to push for the upgrades and PSAP designation, as there seems to be momentum building. The state assembly is taking up the issue again and Assembly Member Richard Bloom has announced that he will push for reconsideration of Assembly Bill 911, a bill he authored last year to require system upgrades to help reduce response times.

“LAAPOA is glad to have the media and political spotlight on this issue, as we have been frustrated at the lack of progress,” says McClain. “While billions continue to be spent on airport improvements, the security infrastructure is virtually being ignored, at great risk to the safety of airport passengers and employees.”

“I’ll give you a perfect example of this disparity,” McClain says. “The newly opened Tom Bradley International Terminal includes one of the most technologically advanced, state-of-the-art holographic time towers of any airport in the world.  The clock tower stands at 72-feet and includes an interactive surface that reacts to the gestures of passengers by triggering customized, real-time visual effects. It’s the centerpiece of a $4.1 billion LAX capital improvement program considered the city’s largest-ever public works project. It is quite a marvel, but it is a reminder to me of the skewed priorities at LAX, where panic buttons at terminal security checkpoints are broken and when we had a deadly shooter our responding officers were dispatched into blind areas of terminals. Had there been much-needed upgraded camera systems officers would have been able to capture the shooter before he advanced more than halfway through a major terminal.”

“A 9-1-1 emergency system and other security upgrades are greatly overdue,” concludes McClain. “We need fewer gimmicks and more functional equipment in order for our airport police officers to do their jobs efficiently and provide the highest possible level of service and safety. World-class capital improvements must also include world-class public safety and security improvements.”