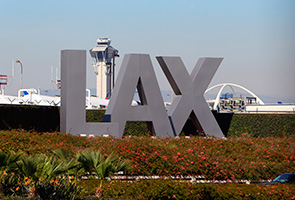 On April 8, the U.S. Department of Transportation Office of Inspector General (DOT OIG) released its findings from a nine-month investigation into revenue diversion at LAX in a report titled “FAA Oversight Is Inadequate to Ensure Proper Use of Los Angeles International Airport Revenue for Police Services and Maximization of Resources.” The audit found that Los Angeles World Airports (LAWA) improperly used more than $8 million of LAX revenues and funding between 2006 and 2012 without adequate documentation or support, most of it for LAPD policing services. Unfortunately, this is only the latest chapter in a long history of airport revenue diversion in Los Angeles.

The goal of federal and state aviation funding is to ensure that the national network of airports is well-functioning, efficient and financially viable. Federal law requires that airports receiving federal grant funds must use their revenues from landing fees and other charges for airport purposes only, in order to keep those airports as self-sustaining as possible. Yet even though regulations clearly prohibit airports from funding municipal governments, they have not prevented the City of Los Angeles from repeatedly diverting revenue away from LAX.

L.A. has been cited for airport revenue diversion more than any other city in the nation. In fact, experts agree that the most infamous U.S. case of revenue diversion occurred at LAX. In 1988, L.A. amended its City charter to allow airport revenue to be placed in the City treasury and used to finance City police, fire and ambulance services (Proposition K). LAX landing fees were increased by 300%, leading to protests from airlines. This inspired Congress to take an even stricter stance against revenue diversion in the FAA Authorization Act of 1994, imposing new reporting requirements on airports and authorizing harsher penalties.

Nevertheless, revenue diversion in L.A. continued. In 1995, the City illegally appropriated LAX funds to balance its budget. The FAA responded by freezing $60 million in federal grants for capital improvements at L.A. airports and ordered the City to return $31 million to LAX. In 2009, L.A. agreed to repay $21.2 million to LAWA, including $18.1 million that had been given to the visitors and convention bureau and used to market the entire city. In 2011, the FAA investigated allegations that the LAPD overcharged LAX for law enforcement services and used the money to pay for non-airport-related expenses. Although the FAA said it did not find evidence of misappropriation, that audit was criticized as contradictory and inconclusive. The following year, the DOT OIG launched its own audit, which found the FAA’s oversight had been inadequate and revenue had been diverted.

The OIG detected discrepancies of about $49 million between LAWA’s annual financial reports to the FAA and its internal reports. It also found that LAWA hadn’t charged fair market value for three of its land leases, missing out on up to $558,000 in potential income. Most notably, however, the report documents various instances of diversion relating to policing at LAX. The most egregious involved contracted LAPD officers assigned to LAX being paid by LAWA for off-airport work, with critical policing functions, including bomb squad officers, pulled from the airport at high-volume traffic times. LAWA spent about $192,000 of airport revenue on unauthorized LAPD personnel working at LAX, including overtime. The report also calls into question $7.87 million in payments from LAWA to the City for LAPD policing services without adequate documentation (despite the fact that every law enforcement officer in the nation, including LAPD, is required to document their duties for every shift they work), making it unclear whether those duties were actually performed at the airport or not.

The habitual siphoning of dollars away from LAX results in costly federal fines against the City, but more importantly it weakens the airport’s ability to sustain itself. Even as LAX expands and events such as the November 1 shooting underscore that security remains a crucial concern, funds are being routed away from its specialized, proprietary police force — reducing staffing levels and preventing improvements to equipment and facilities. Many local members of Congress agree that diversion jeopardizes public safety and have written more than 20 letters urging the federal government to thoroughly examine and act on the issue. As a result, language reinforcing the prohibition on airport revenue diversion was added to the 2013 and 2014 transportation appropriations bills, the first time it had been included since 1996.

In addition to this push at the federal level, LAAPOA continues to fight revenue diversion at its source. Last year, LAWA updated the Memorandum of Agreement (MOA) for contracted police officers at LAX with new, stronger language acknowledging LAAPOA’s efforts to end the diversion of policing funds for non-airport purposes. While this was an important step in changing the prevailing culture, the OIG report shows that much more needs to be done.

“The ongoing diversion issue distracts airport police from their primary mission,” says LAAPOA President Marshall McClain. “While LAWA clearly has the revenue to do so, it has forgone maintaining the proper LAXPD staffing levels and equipment needed to ensure a secure, viable and fully functional airport, and mismanages its policing funds by woefully overpaying for contracted services. Airport police are full-time, on-site, specially trained and dedicated officers committed to the safety of the traveling public, and we want to ensure that they have all the necessary resources to do their jobs.”