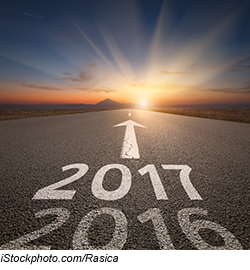 January is a time of possibility, as we open our fresh calendars, survey the blank pages and contemplate all the events yet to be written. Untold changes and challenges await us in the year ahead, and while it’s unrealistic to believe that the violence, terrorism and political conflict of 2016 are safely behind us for good, 2017 carries renewed potential for hope and healing. Whatever the new year may bring, LAAPOA remains committed to building on our recent successes and will continue to press for urgently needed improvements in airport security on the local, state and national levels. By working together and strengthening our partnership with our community, we resolve to make 2017 the best it can be, both for our officers and for those we serve.

It’s no secret that 2016 was especially difficult in the field of public safety, with scrutiny of law enforcement actions and policies, harsh anti-police rhetoric in the media, and attacks targeting officers all reaching new heights. Of the 140 officers who died in the line of duty nationwide last year, 64 were killed by gunfire — a 61% increase from 2015. While many factors contributed to this crisis, the lack of support we felt from many political leaders was particularly dispiriting, so we are hopeful that the results of the November elections may bring some welcome changes. President-elect Trump’s comments praising police officers and recognizing that they are underappreciated have resonated with the law enforcement community. With our colleagues in the American Alliance of Airport Police Officers (AAAPO), we anticipate working with the new administration to identify areas of consensus on public safety issues, as well as to ensure fair and equitable treatment for our members. Trump’s stated priority of rebuilding infrastructure is a topic on which we can certainly agree and cooperate, as updating our nation’s aging airports to bolster basic safety protocols is one of our top concerns.

Changes are also afoot closer to home. Although the November success of Proposition 66 — supported by LAAPOA and many other law enforcement groups — will bring desperately needed reform to California’s dysfunctional death penalty system, the passage of some measures that we opposed will present new threats to public safety. With Prop 57 allowing tens of thousands of violent criminals to be released from jails and back onto the streets, and Prop 64 legalizing the recreational use of marijuana, we expect to see an increase in crime throughout the state. With our partners at the Police Officers Research Association of California (PORAC), we will remain vigilant on these fronts and on the many other law-enforcement-related topics that the Legislature will tackle in the year ahead. Especially after the political tumult and division that characterized 2016, we look forward to collaborating with both new and seasoned legislators toward the common goal of fostering public safety for all, while continuing to make our members’ voices heard on the issues that affect their lives and livelihoods.

On the local level, LAAPOA’s many accomplishments in 2016 set the stage for further success in 2017. Despite an incredibly challenging climate for organized labor, we successfully negotiated a contractual pay raise to within 1% of parity with LAPD’s salary and achieved a cumulative salary raise of over 17%, in addition to a safety retirement tier that did not previously exist. We look forward to finalizing the implementation of the new retirement tiers early this year and protecting the contractual benefits that our members have earned and deserve. Other concerns raised by LAAPOA have resulted in new Department vehicles, talks of a new police station and planning for a new shooting range. As these exciting developments progress, the recently elected 2017–2018 Board of Directors will persist in engaging with LAWA leadership and the newly appointed chief of Airport Police to ensure that our officers have the resources needed to perform their duties to the best of their abilities, including pushing management to increase recruitment efforts and properly staff all shifts and locations.

With our airport facilities continuing to expand and draw ever-increasing numbers of passengers, our foremost goal is to ensure that they are safe environments for travelers, airport employees and officers. In addition to focusing on training and hiring to keep our Department strong and vital, we are dedicated to increasing our outreach to the community. Our Los Angeles Airport Police Athletics & Activities League (LAAPAAL) has long built bonds between residents and LAXPD officers by sponsoring joint sports teams and events while also providing academic scholarships for promising students, most notably through our annual Tommy Scott Memorial Run, which grows in scope and attracts more attendees with each passing year. These and other efforts are crucial in generating productive dialogue and forging connections with the public we serve.

There is no doubt that 2017 will bring many changes, both good and bad, but working together, we can adapt to whatever comes and transform potential challenges into opportunities.