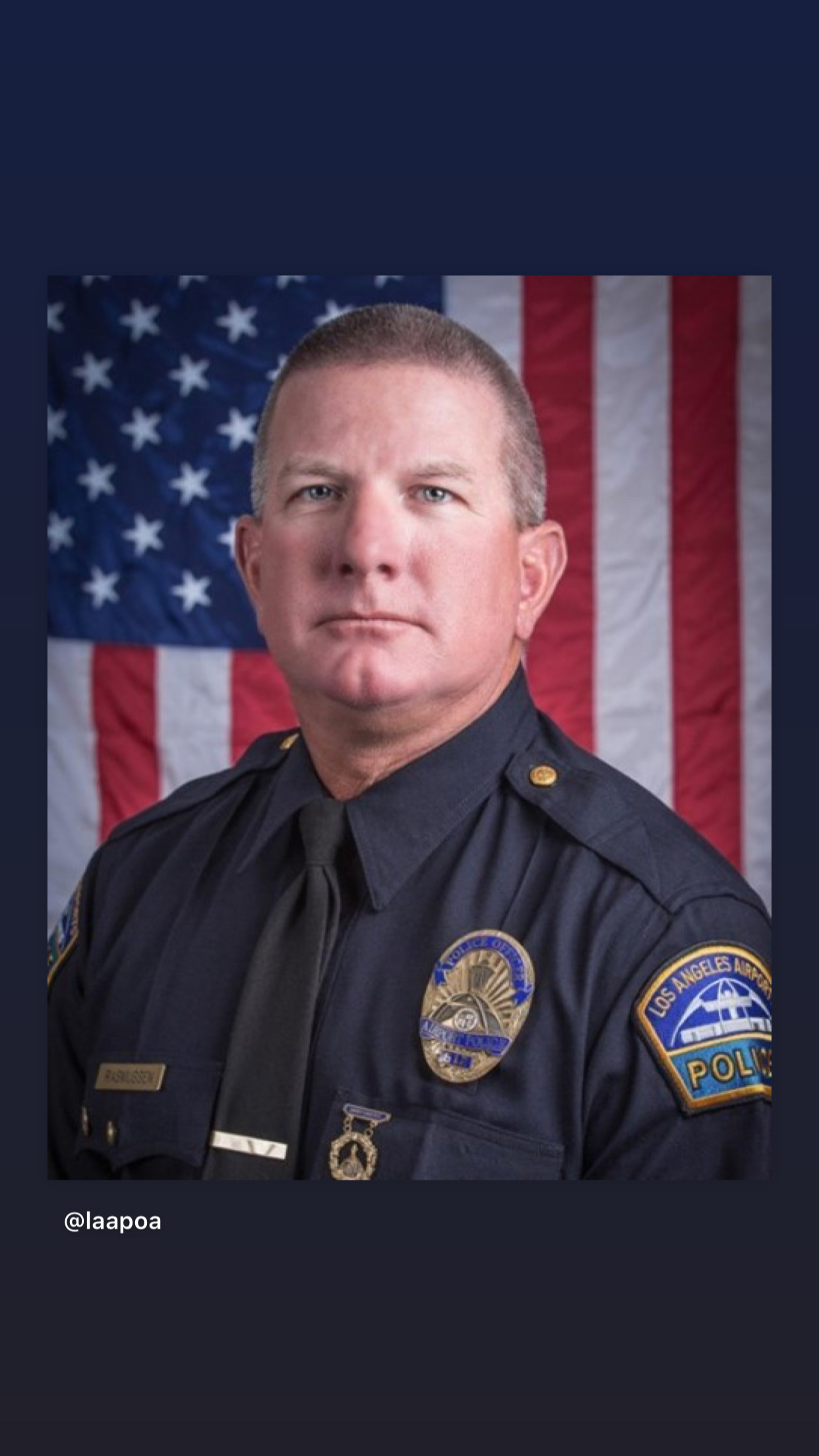 On September 14, Los Angeles Airport Police Officer III Michael “Razz” Rasmussen was killed in a tragic motorcycle accident on his way home from work. He was a 24-year veteran of the Los Angeles Airport Police and a United States Air Force veteran. Officer Rasmussen began his career with the City of Los Angeles in 1997 after serving with the United States Air Force. His training as a crash rescue firefighter in the USAF prepared him for the job as an Airport Safety Officer (ASO) assigned to Ontario International Airport (ONT). The job of an ASO is the best of both public safety worlds, being trained as both a police officer and firefighter. When the City of Ontario took over patrolling ONT Airport, Razz continued his law enforcement career assigned to LAX Airport as an Airport Police Officer and was assigned to the Crisis Intervention Team (CIT) in 2019, where he served until his passing. Mike was a great athlete and loved playing softball, participating in several U.S. Police and Fire Olympics and Police and Fire World Games. He leaves behind his two beloved daughters, Averi and Reilly; his sister, Laura; his mother, Jeannine; his loving wife, Cindie; her three sons, Austin, Evan and Jared; and grandson Adam.