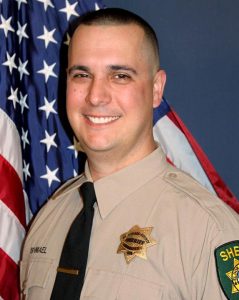 Deputy Sheriff Brian Ishmael was shot and killed while responding to a call for service in the area of Sand Ridge Road and Mount Aukum Road in the rural Somerset community.

Two men were taken into custody near the scene and additional subjects remain at large.