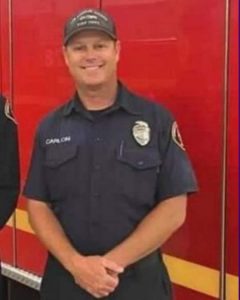 Carlon was working alongside a fire captain when the suspect arrived at the station and opened fire. Carlon and the fire captain — who is recovering from critical injuries — were rushed to a nearby hospital, but Carlon was deceased on arrival.

After the shooting, the suspect returned to his home, barricaded himself inside and then set fire to the home. He was later found dead with a self-inflicted gunshot wound to the head. No motive has yet been determined.

Carlon was a husband and father of three young daughters who was described by many as loyal, brave and committed. To donate to the Carlon family, please visit gofundme.com/f/the-carlon-family.

In the newest episode of The Layover With LAAPOA video podcast, LAAPOA President… Read More »

The Layover With LAAPOA, Episode 3: All About Joe Buscaino

In the newest episode of The Layover With LAAPOA video podcast, LAAPOA President… Read More »

By David E. Mastagni and Taylor Davies-Mahaffey  In 2019, a California… Read More »