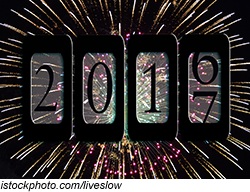 As we conclude the year and look back on its major events, including a tumultuous presidential campaign, loss of cultural icons, unprecedented acts of violence against law enforcement, domestic and international terrorist attacks, and continuing unrest and wars overseas, LAXPD officers are acutely aware of the lives we protect daily. In 2016, LAAPOA maintained its crucial role as a reliable subject-matter expert on airport policing issues, driving meaningful dialogue on aviation security measures at the local, state and national levels, often in collaboration with the American Alliance of Airport Police Officers (AAAPO). Here is a roundup of the topics we brought to the forefront during the year through press releases, social media and direct outreach.

It’s important to remember that there were many accomplishments in 2016 that bode well for the future of our department, including the conclusion of successful negotiations with salary increases and base-wage parity adjustments. In September, LAWA addressed concerns about the vehicle fleet and purchased new vehicles, already deployed in the field. Talks of a new police station have begun with LAWA management and planning for a new shooting range is underway. LAAPOA has an energized Board of Directors with some new faces joining the leadership team, and they are sure to have fresh ideas for the direction of our organization.

We are hopeful that 2017 will be a year of more gains, fewer losses and more unity.

Enjoy the remaining days of 2016, stay safe and have a happy new year!