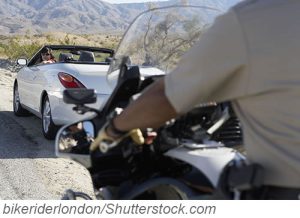 Traffic stops are some of the most frequent and visible encounters that take place between citizens and police, and the experience has potential to be stressful on both sides. In the wake of a surge in high-profile cases of traffic stops gone terribly wrong — with deadly results for officers and suspects — preventing routine situations from escalating into violent confrontations is more important than ever. One solution gaining traction among policymakers, agencies and civic leaders is education. Helping the public understand appropriate expectations and behavior for traffic stops is a simple but significant way to bridge the divide between law enforcement and the community.

Being pulled over by police is enough to make many citizens anxious. They might feel confused about what they did wrong, irritated about being delayed or worried about getting a ticket, and the conditions are even more fraught for those who come from marginalized communities that traditionally distrust law enforcement. Recent political and media scrutiny of police actions has exacerbated this tension, indiscriminately portraying police as aggressive oppressors to be feared. During a traffic stop, all these emotions may cause people to panic and behave in ways that can be interpreted as threatening.

Meanwhile, officers conducting stops are on high alert for threats to their safety. Statistics routinely rank traffic stops as one of the top dangers for law enforcement officers in the line of duty. According to the FBI, approximately 60 officers were feloniously murdered during traffic stops from 2001 to 2010, and another 55,000 were wounded during a stop or pursuit. In the last week of October 2016 alone, two officers were killed in separate incidents — one in a crash, one run down by a car — while making or attempting traffic stops. With officer deaths by gunfire up more than 50% this year (at least three of them occurred during traffic stops or investigations) and ambush-style attacks dominating the headlines, law enforcement has even more cause to be vigilant.

How to defuse these potentially volatile conditions? Dispelling urban myths and Internet misinformation about traffic stops with accurate and consistent expectations is a strong step. For example, after noticing that what to do when getting pulled over by police was one of the most common questions they were asked by the public, the Raleigh Police Department created a video showing people what to expect from a traffic stop, which was introduced in community meetings and posted on YouTube. In Illinois, the Springfield FBI office is creating informational videos for teenage drivers, illustrating the do’s and don’ts of interacting with police in three different traffic-stop scenarios: rural, urban and highway. In addition to being made available to schools, the videos will also be used by police academies as a model for officer procedures.

Some efforts are expanding to the statewide level. A new Illinois law, signed in August and taking effect in January, mandates that all drivers’ education classes in the state — both in public high schools and private driving schools — include a section on what to do during a traffic stop. The curriculum is being developed with input from the Illinois State Police and will be reflected in updates to the state’s 2017 driver handbook. Legislators in Texas are exploring a similar law, while the state’s Department of Public Safety considers adding new traffic-stop language in its guidelines for drivers.

The goal is to standardize the information given to drivers, especially inexperienced and impressionable ones. Because many members of the public don’t understand law enforcement’s role, duties and authorities when it comes to traffic stops, they don’t know how to respond appropriately. Explaining how officers are trained to conduct a stop provides clear best practices that help reduce misjudgments and miscommunications, as well as helping people view the experience from the officer’s point of view to understand why those behaviors are important. Basic guidelines include pulling over slowly and safely to the side of the road, staying in the car unless instructed to exit, keeping both hands visible on the steering wheel until instructed otherwise, complying with the officer’s request to see a driver’s license and proof of insurance, informing the officer before reaching for a purse or glove compartment, and safely getting back on the road only after being told to by the officer. An important point of emphasis is that the roadside is not the place to protest the validity or handling of the stop. While most initiatives include information about drivers’ rights, they also inform citizens that the proper way to raise concerns is by filing a complaint with the department once the event is over, not by starting an argument in the heat of the moment that may escalate out of control.

“When police officers make a stop, we don’t know what to expect,” says LAAPOA President Marshall McClain. “The vehicle might contain an ordinary motorist, or it could contain a wanted felon or someone with a weapon who intends to do us harm. The public should be aware that, to protect them and ourselves, we need to be alert to all the possibilities and act accordingly. Enlightening people about how to respond correctly and respectfully to law enforcement can dramatically reduce the risk of a problematic encounter. If both parties recognize and follow standard protocols during a traffic stop, that allows us to fulfill our duties efficiently, builds trust between officers and citizens, and helps us focus on making our communities a safer place for those we serve.”