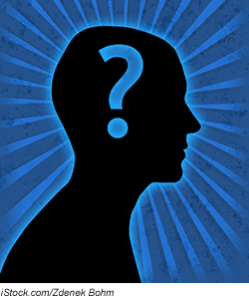 On September 8, LAPD Chief Charlie Beck honored 25 officers with the inaugural “Preservation of Life” medal for not using deadly force during dangerous encounters. Chuck Wexler, executive director of the Police Executive Research Forum, notes that in this era of intense scrutiny of law enforcement practices, the Department’s controversial new award might be the start of a nationwide trend: “The LAPD is held in special regard, so for them to put this award at the same level as the Medal of Valor sends a huge message to the entire policing profession.” The problem is that the real message being delivered is an extremely treacherous one.

Announcing the medal’s creation last November, Chief Beck explained that he wanted to “recognize the many times that Los Angeles police officers are able to save lives by their restraint.” Highlighting such lifesaving work is an understandable impulse when media and politicians seem eager to paint all police as brutal, racist oppressors who shoot citizens at the slightest provocation. And there is no doubt that the officers who received the award displayed great heroism, including disarming an axe-wielding suspect and talking down a man pointing an assault rifle at passing cars in the middle of a street. But the LAPD already has 13 different medals to bestow, four of which can be awarded for bravery. Certainly the actions of these officers, who protected the public even as their own lives were threatened, qualify as brave — so why the need for a new medal?

This award is simply another knee-jerk, ill-thought-out, politically motivated reaction to the overwhelming criticism faced by law enforcement today. Offering an award for not injuring or killing citizens insultingly suggests that without such an incentive, police would have no reason not to shoot first and ask questions later. By definition, it implies that preserving life is a rare act worthy of special notice, when in fact it is the overriding goal of those who dedicate themselves to protecting and serving the public good. Avoiding the use of deadly force is not going above and beyond — it is what officers are trained to do, and what they do each and every day.

The Los Angeles Police Protective League (LAPPL), which represents the Department’s rank and file, immediately recognized the Preservation of Life medal as “a terrible idea that will put officers in even more danger,” and LAAPOA agrees. The premise of the award undermines and complicates existing use-of-force standards. Law enforcement training and policies developed over decades are already centered on the principle that lethal force should be a last resort; officers are taught to quickly and accurately assess potential threats and de-escalate situations wherever possible, only using deadly force when they reasonably believe it’s necessary to defend themselves or someone else from imminent death or severe bodily harm. All this can happen in the blink of an eye — studies show that officers have a quarter-second to recognize a lethal threat, another quarter-second to draw their gun and .06 seconds to pull the trigger before it’s too late. While injuring or killing another human being is the last thing officers want to do, they need to be able to act promptly and decisively when the need arises. Overemphasizing de-escalation, as this award does, implies that it is always the best option and insinuates that officers shouldn’t even use deadly force when their lives or others are directly threatened. This suggestion casts doubt on the fundamentals of their training and experience, encourages hesitation at crucial moments, and further endangers officer safety at a time when it’s already in severe jeopardy.

“While we support de-escalation techniques as important tools for helping officers resolve situations effectively, they must not interfere with our ability to make split-second decisions to use force if less lethal efforts don’t work,” says LAAPOA President Marshall McClain. “The harsh reality of police work is that sometimes deadly force is needed to save the lives of officers and community members. The ‘Preservation of Life’ award overlooks this by only focusing on one life — the suspected criminal’s. It increases the unrealistic expectations placed on law enforcement by uninformed critics, hinting that any shooting is a failure on our part and that officers need to try harder to ‘preserve life.’ The flip side of rewarding officers for not using force even when it may be warranted is penalizing them for resorting to appropriate and lawful uses of force that do preserve the lives of peace officers and innocent bystanders. At a time when terrorism, mass shootings, crime and ambush attacks on officers are all on the rise, PR stunts like this award only detract from public safety.”

Unfortunately, this trend already seems to be catching on, with other departments across the country — including Chula Vista (CA), Camden (NJ) and Philadelphia — instituting similar medals for using restraint tactics, while the Justice Department’s new Community Policing Awards include “the successful use of de-escalation techniques to resolve a potentially violent situation” as possible criteria. Ironically, a West Virginia police department recently fired an officer instead of rewarding him for not shooting an armed man during a confrontation, saying he failed to eliminate a threat and put two other officers in danger. Regardless of whether the termination was justified, it demonstrates that de-escalation techniques do carry real risks and aren’t the right fit for every situation, and officers are increasingly caught between a rock and a hard place when opting whether to use force — with misguided awards such as this one only adding to the confusion.

“In critical incidents, officers shouldn’t be weighing the career or political consequences of their choice,” says McClain. “My biggest fear is that an officer will lose their life because of uncertainty introduced into their decision-making process. We wholeheartedly commend the recipients of the Preservation of Life award for their heroism and are grateful that these perilous situations ended safely for all concerned, but we cannot ignore the mixed messages being sent by our leaders and politicians through such highly publicized events.”

“Law enforcement officers protect and serve because it is their duty, not because of whatever awards they might receive,” concludes McClain. “We ask the public to remember that these stories of bravery are not isolated exceptions to the rule, but a small sampling of the amazing ways in which officers put their lives on the line every day to preserve life throughout our communities.”