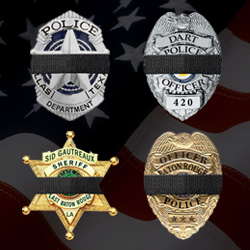 The tumultuous and tragic past month, when protests against police uses of force devolved into terrifying ambushes of officers with civilians caught in the crossfire, has served as an urgent reminder that all sides of the debate over law enforcement policy must continue to find common ground and work collaboratively toward reform. The appalling attacks on peace officers in Dallas and Baton Rouge have not only intensified the need to focus on community–police relations, they have proven that if all stakeholders do not come together to find solutions, as a society we will fail.

As we know too well, attacks against police have risen dramatically in the last two years, along with inflammatory race rhetoric and demonization of law enforcement officers. In the wake of the events in Dallas and Baton Rouge, LAAPOA and its allies have called upon community and political leaders to denounce these attacks loudly and clearly — condemning those who use violence as a means to settle their grievances, rejecting the idea that police are the enemy, and uniting to work toward the goal of a safer nation for all. Our elected officials must help to ease tensions by being more responsible in their comments to the media, and most importantly through their leadership. Expressions of condolence and support of law enforcement are appreciated, but what we really need is our government, at all levels, to find the resolve and courage to confront the underlying social issues that are tearing our country apart.

We who have sworn to enforce the law, joining with all citizens who recognize that the rule of law is a key principle of democracy, must demand that our lawmakers delve into the root problems that are contributing to hopelessness and righteous anger in poor minority neighborhoods: lack of services (including mental health care), underfunded schools, limited economic opportunities and the scourge of drugs. This sense of inequity, when combined with highly publicized and scrutinized uses of force against people of color, has fed the rage of the individuals who perpetrated the ambushes of officers. While absolutely nothing excuses these horrific and senseless acts, it is important to look at the potential causes and address them to prevent future violence. In addition to finding real solutions to poverty, unemployment and other issues that drive crime rates, our policymakers must take meaningful steps to support law enforcement by giving us the tools we need to improve the quality of policing we are able to provide. This requires open, honest two-way communication — followed up with tangible action — regarding funding, staffing and recruitment, equipment and training, and the ways we can best serve our communities.

One of the many heartbreaking aspects of the Dallas tragedy is that the city’s police department is considered a national model for community policing, and the atmosphere at the rally targeted by the shooter reflected that. Officers were not wearing riot gear, and while certainly animated, the protests were peaceful and even congenial at times, with some officers taking photos with the participants. It was exactly the kind of interaction and dialogue that our First Amendment rights were designed to create and that the officers on duty were protecting. We should not allow the cowardly actions of a violent individual to shake our commitment to this vision.

These events have underscored the character and bravery of the vast majority of officers serving their communities around the country. No one who was present or who has seen videos or read the news stories will ever forget the first-person accounts describing how officers immediately shielded the citizens in their vicinity when shots rang out. These stories, along with the contributions of those who fell in the line of duty in Dallas and Baton Rouge, are those that we implore our political leaders, policy experts and citizens alike to keep in mind when moving forward with police reform. It is important that the controversial actions of a few do not tarnish the good work and dedication of the many, leading to new procedures that put officers, and subsequently the public they serve, in increasingly dangerous situations.

Even in these trying times, we must not forget that the majority of citizens support the work of law enforcement. When LAXPD Motor Officer Daniel Quiros was injured in a hit-and-run collision on July 12, bystanders rushed to his aid, gave him a pillow so he could rest more comfortably until medical help arrived, and provided statements that assisted in identifying the suspect, who was apprehended two hours later. “We are so thankful for the ongoing support of our local community, especially as we grieve for everyone impacted by the vicious killings of our brothers in blue in Dallas, Baton Rouge and other cities across this country,” says LAAPOA President Marshall McClain. “We hope that the bonds of public trust in law enforcement will only be strengthened as we move forward, working together toward the objective of safety and security for all people. Everyone must understand, including our elected officials, that the enforcement of the law is not merely an idea that can be discussed or utilized sometimes. Without laws, a secure and prosperous society cannot exist. Attacks on law enforcement are attacks on our values and represent the very concept of what we all must defend against.”